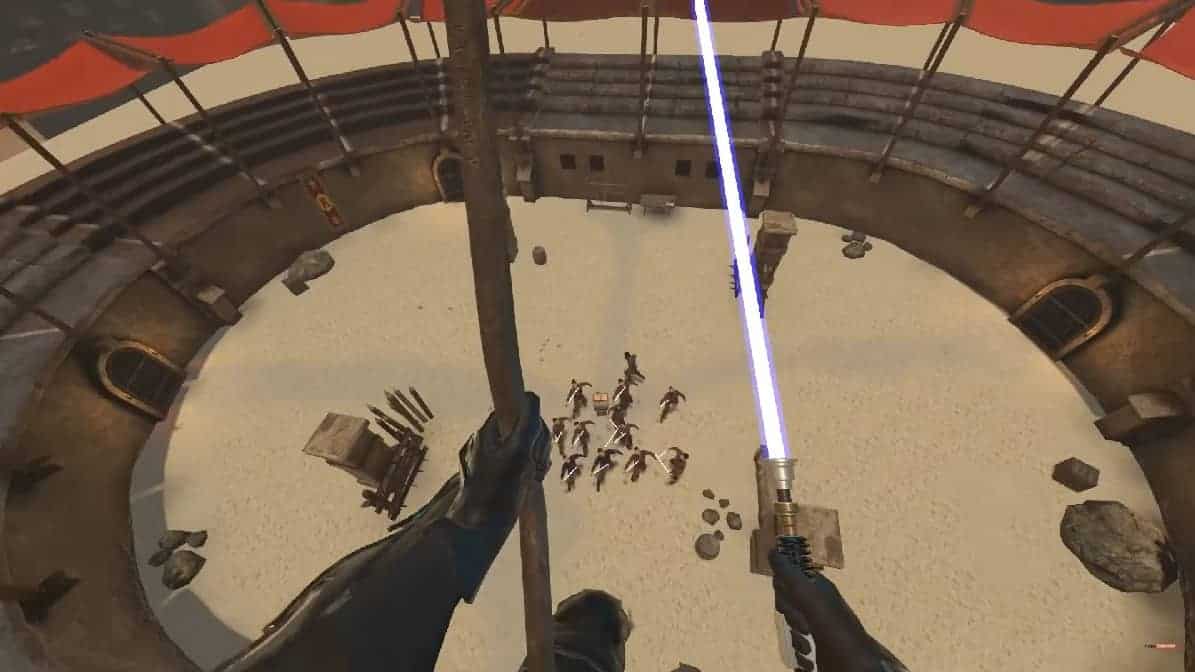 Two of my greatest loves in the world of fiction have been married in one of the weirdest ways possible. Harry Potter and Star Wars come together in the game Blade and Sorcery thanks to the genius of a few modders and developers working together. VR allows players to experience realities that otherwise wouldn't be possible, and what's better than combining two properties that would otherwise never meet?

Blade and Sorcery quickly became a cult hit when it launched on major VR platforms some months ago, but this medieval combat simulator has turned into so much more since its debut. One part Elder Scrolls, one part Chivalry, with plenty of unique traits to throw into the mix, Blade and Sorcery has become a shining beacon for modders and streamers alike, who often tinker with the game's physics and modes to create something all its own.

The latest craze in Blade and Sorcery mods blends together two of the biggest franchises in the history of fiction to create an entirely unique experience. It all started a few days ago when Youtuber The Flying Baron posted about Blade and Sorcery developer KospY's "accidental" creation of a broomstick that can fly in the game. It doesn't take long to start tinkering around and seeing what such a tool can do in a game as freeing as Blade and Sorcery, so that's exactly what transpired. Blade and Sorcery players that want to try out the broomstick can do so here at Nexus Mods via the official flying broomstick mod.

The flying broom looks and behaves exactly as you think it should, with realistic physics interactions with the world around. This makes sense because Blade and Sorcery is already a game that heavily relies on physics and skeletal structures to create as realistic of a fighting experience as possible. Players have even added multiple Vive Trackers to their bodies to create full body tracking combat, which has also resulted in some seriously impressive combat moves from some folks.

Blade and Sworcery also requires players to treat the game world as if it were more realistic, as any proper simulator would, and that includes grabbing onto ledges and climbing to safety.

Blade and Sorcery really is the VR combat game of our dreams, and it really just gets better the more effort and time you put into it.

Despite this inherent realism though, it hasn't stopped modders from recreating weapons from their favorite games and movies. Case in point with the latest lightsaber additions to the game which, when paired with the aforementioned flying brooms, creates a whole new level of chaos that can't be understated. While the physics of the lightsaber aren't 100% accurate to the movies, the sight and sounds of the iconic laser sword are unmistakable and could easily been seen in a vivid recreation of many Jedi battle scenes from the series.

The video below can be a bit graphic at times (NSFW), as is the nature of the game itself, so be forewarned before watching anywhere that might not be suitable.