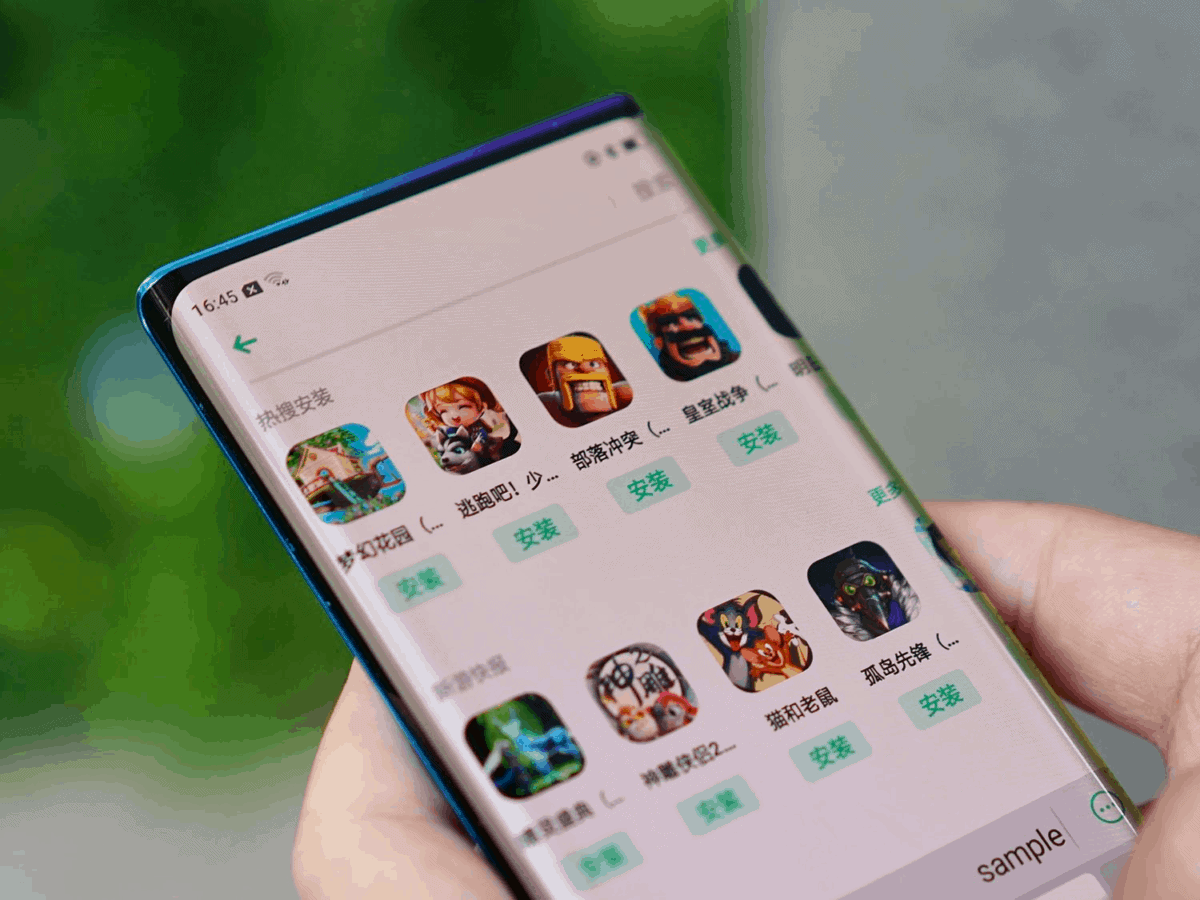 OPPO's VP Brian Shen took to the Chinese social networking website Weibo today to reveal a new smartphone display called "Waterfall Screen." As you might have guessed by the name of the display technology, its edges extend towards the side, thanks to the 88 degrees curve.

Although curved displays are nothing new, OPPO has significantly upped the ante, and the prototype device sporting the new display looks spectacular. To illustrate the visual appeal of the new display, OPPO compared it to its Reno 10x Zoom handset, which also has pronounced edges.

The Chinese manufacturer claims that this design will give devices a screen to body ratio of nearly 100 percent. It also appears that the handsets that will feature the Waterfall Screen will have a really tall aspect ratio and this should make for an immersive viewing experience and striking aesthetics, as the company claims.

Although OPPO hasn't announced which device will be the first to be graced by the "Waterfall Screen," rumor has it that the Find X successor might come with it. It remains to be seen if the phone will stick to a pop-up camera or come with an under-display snapper, something which the company has already demoed.

Jony Ive had always wanted an iPhone which will look like a single sheet of glass and while he no longer works for Apple, this idea seems to have caught on with other manufacturers as well. The vision is to make a smartphone with a seamless body, with no metal frames, buttons, ports, or cut-outs.

However, as good as the idea sounds, its implementation isn't that simple. For instance, it appears that the prototype with the newly announced Waterfall Screen doesn't feature any edge touches. So, this means that the sides of the display may or may not be touch-sensitive and in both scenarios, a couple of issues will have to be resolved.

If the sides are touch-sensitive, the company will probably reserve that part of the screen to emulate the power key and volume rockers. However,  it remains to be seen how OPPO will prevent accidental touches.  And if that's not the case, the power buttons and volume keys will have to be relocated elsewhere.

Moreover, to the users who are not particularly crazy about screen estate, such a display might not make much sense. On top of that, it will be kind of impossible to put a screen protector on top of such a screen. And, since this is a new technology, it will likely be costly to make and this will only add to the costs of the phones that will come with it.

OPPO says that this innovative design will be commercialized soon, but the earliest you can expect a finished product is the last quarter of the year.