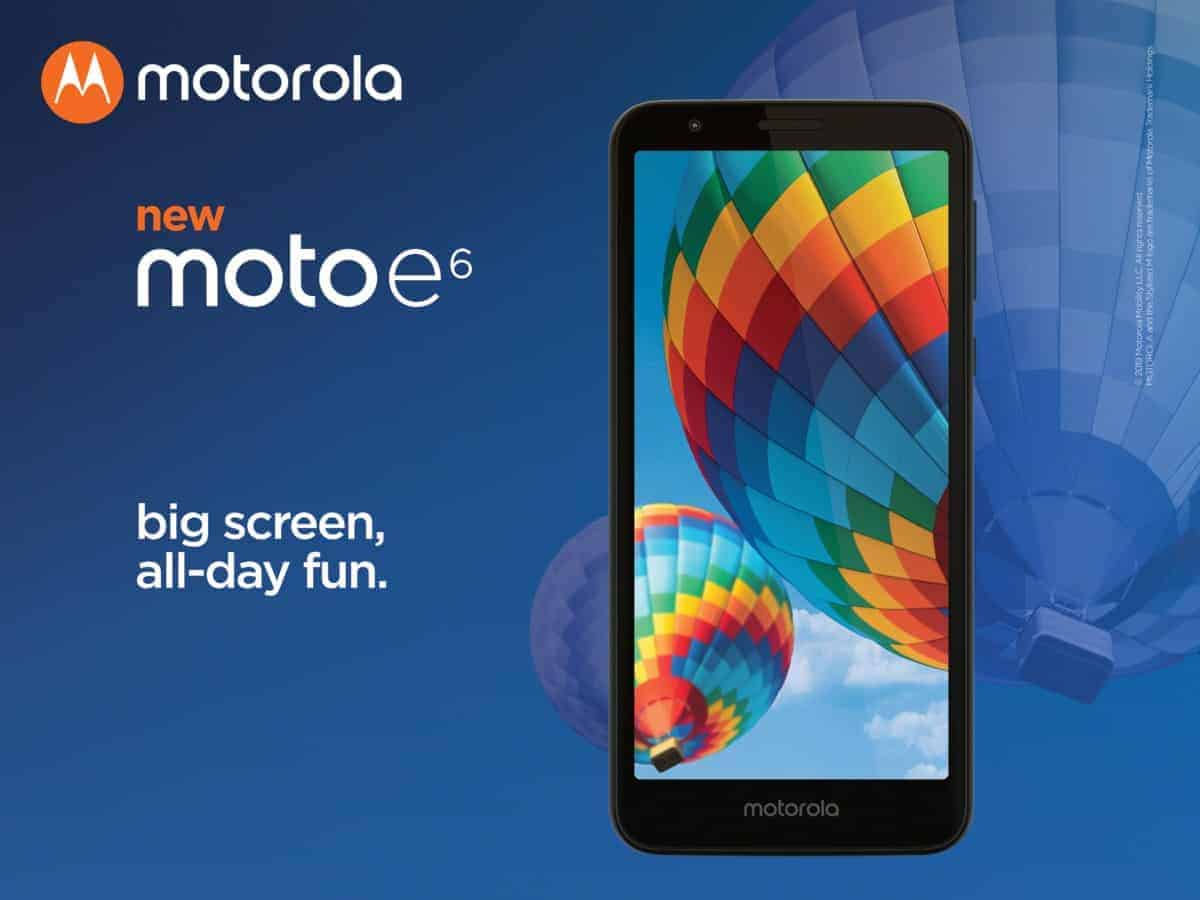 Motorola has silently announced the Moto e6, which is available at Verizon Wireless beginning today for just $149.

This is one of four devices, under the Moto e6 brand, according to leaks.

The Moto e6 is a budget smartphone, coming in at under $150, so this isn't going to be as enticing to a lot of people. But for the price, it does look to be a pretty good purchase. It's a fine phone, and that's pretty much it.

On the spec sheet, the Moto e6 sports a 5.5-inch HD+ display, that's 1440×720 resolution for a pixel density of 296 pixels per inch. This is powered by the Qualcomm Snapdragon 435 chipset, with 2GB of RAM and 16GB of storage. There is also a micro SD card slot that supports up to 256GB of additional storage – and of course, Adoptable Storage is also supported.

There is also a 3000mAh capacity battery inside, which should keep the Moto e6 running all-day long on a single charge.

On the camera-front, there is a single 13-megapixel sensor, with phase-detection auto-focus, and an aperture of f/2.0. The front sports a 5-megapixel sensor with an f/2.0 aperture. These are going to be okay cameras. Don't expect them to compete with something like the Pixel 3a or even the LG G8 ThinQ, both of which are more than three times the price of the Moto e6.

The good news about the Moto e6 is that there is no notch. It does have some rather thick bezels, but if you are in the market for a smartphone in this price range, you likely don't care as much about design and bezels as someone looking at a phone that's $500 or more.

It is running on Android 9 Pie. Motorola hasn't said whether this will get updated to Android Q or beyond, but considering the Moto Z4 (the company's current "flagship" smartphone) is only getting one update and that's to Android Q, don't expect more than that. In fact, getting Android Q would be a stretch. Normally smartphones in this price range never get updated – other than a random security patch here and there.

Motorola says that the Moto e6 will be available later this summer. On carriers like T-Mobile, Metro by T-Mobile, Boost Mobile, US Cellular, Consumer Cellular and Xfinity Mobile. Today though, you can pick it up from Verizon. It'll be priced at $149 everywhere. Though, some prepaid carriers may opt to do some rebates to make it even cheaper.

For a smartphone that costs just $150, this is really not a bad device at all. Sure the 2GB of RAM is going to be a pain, but this is just above the Android Go requirements, and Motorola also uses a stock version of Android. So there shouldn't be much trouble with the amount of RAM in this one. It's not a big upgrade over the Moto e5 Plus from last year though, in fact it has the same processor, RAM and battery capacity. So if you do have the Moto e5 Plus, this is not worth upgrading too.

Moto e6 - Motorola.com
Advertisement
Trusted By Millions
Independent, Expert Android News You Can Trust, Since 2010
Publishing More Android Than Anyone Else
32
Today
32
This Week
140
This Month
4125
This Year
105602
All Time
Advertisement