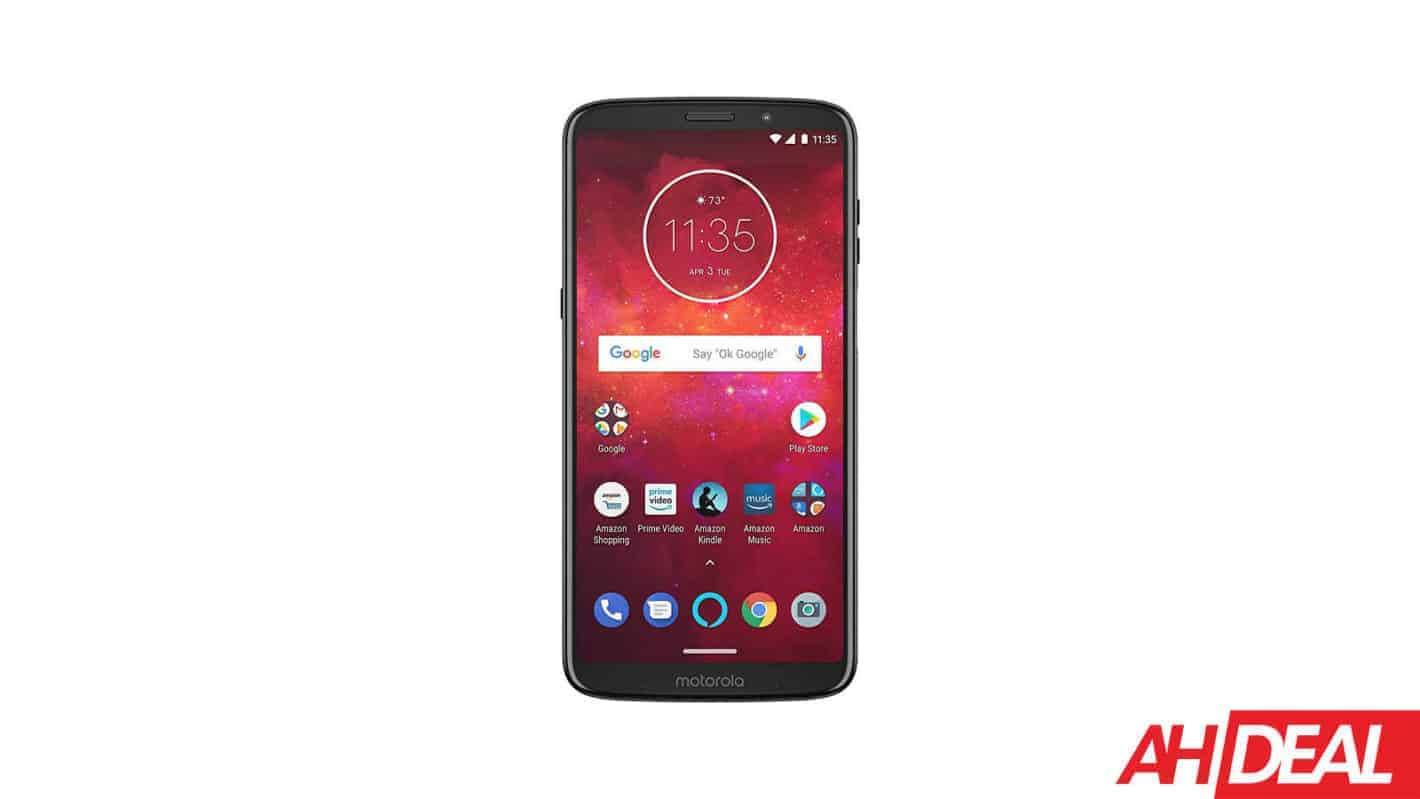 Amazon has discounted the Moto Z3 Play to just $289.99. That's good for $100 off of its regular price, and it also comes with the Moto Power Pack, so you'll never have to worry about running out of battery throughout the day. That makes this a really great deal, especially if you're looking for a new phone, but can't afford to spend several hundred on a new one.

The Moto Z3 Play is a more battery efficient smartphone from Motorola. It focuses on making the battery last longer, rather than giving you the best performance out there. With that said, it has a Snapdragon 636 chipset, 4GB of RAM, and 64GB of storage. That Snapdragon 636 is really good at sipping battery, so that it lasts much longer, without sacrificing performance.

It also has a 6-inch Full HD+ AMOLED display, it's a 18:9 aspect ratio. This is good for those that want a larger display, but don't want a notch. As this does not have a notch. Unfortunately, Motorola could not really go crazy with the design on the Moto Z3 Play because of the Moto Mods support. But you do at least get Moto Mods support here.

In the box, you're getting the Moto Power Pack, which will give you more juice for the Moto Z3 Play. It'll charge your phone wirelessly, which is really nice, as you can spend less time at the charger. This is especially good for those that are heavy users.

Finally, the Moto Z3 Play is fully unlocked and will work on all four US carriers. That includes AT&T, Sprint, T-Mobile and Verizon. Simply pop in your SIM card and you'll be ready to go.

You can pick up the Moto Z3 Play from Amazon by clicking here. But you'd better hurry as this price is not going to be around for long.

Advertisement
Moto Z3 Play - Amazon - $289
Trusted By Millions
Independent, Expert Android News You Can Trust, Since 2010
Publishing More Android Than Anyone Else
42
Today
58
This Week
550
This Month
3062
This Year
104541
All Time
Advertisement