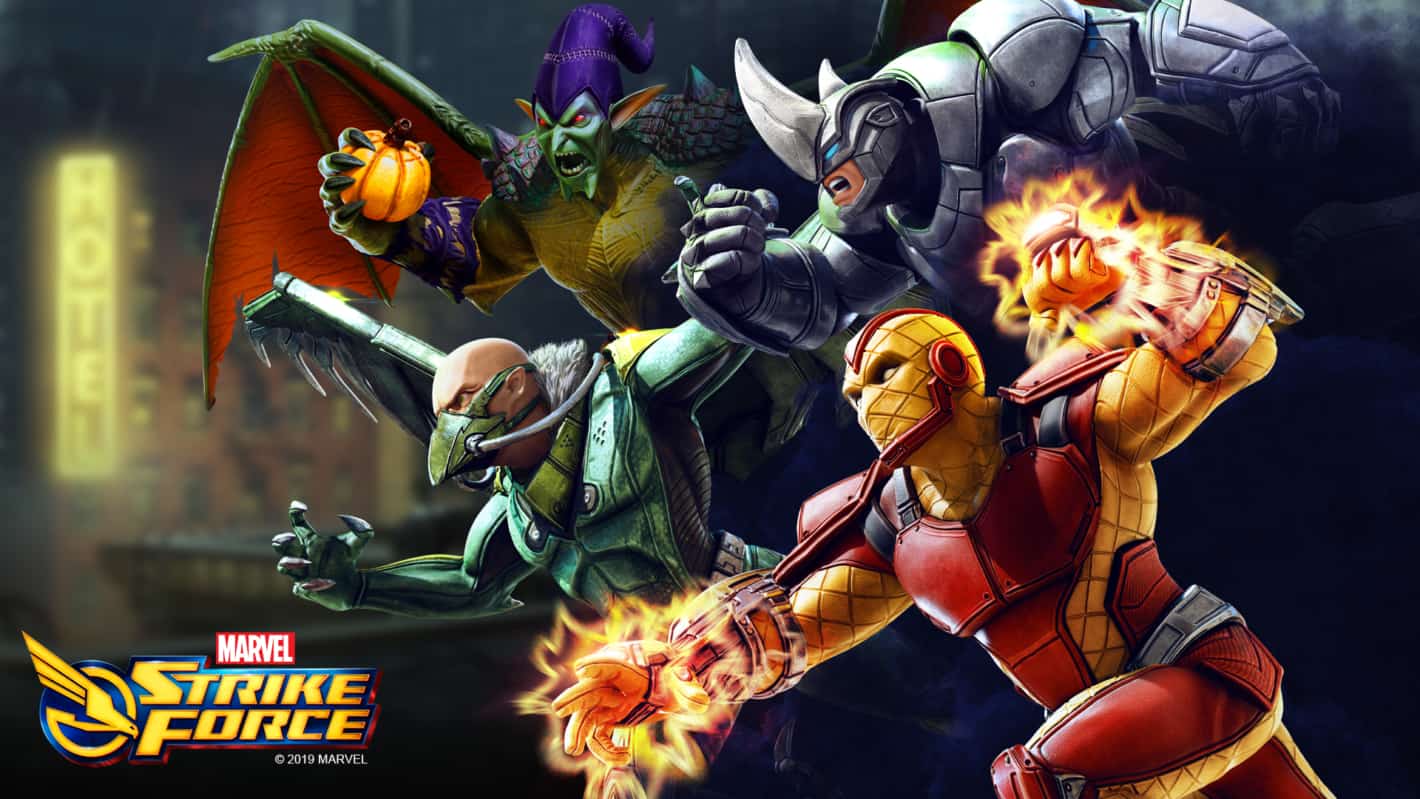 It's perfect timing, really, since the movie is already in theaters as of this afternoon, and now players who happen to see the movie and want to keep the excitement going can do so with this latest content update. Mysterio is known in the comics for being a villain, and perhaps one of the nastiest that Spider-Man ever comes in contact with. In the film's trailers however, he's painted as a sort of hero who helps Spider-Man, and that seems to be the tone of his character in the game too.

That's a good thing, because there are new villains being added into the game which Spider-Man will need to watch out for and he'll need all the help he can get. Forming part of the Sinister Six, Vulture, Rhino, and Shocker will be storming onto the scene, bringing with them all manner of mayhem and chaos.

For example, a character like Rhino is perfect for boosting up the defense of your team, in fact one of his abilities, Stampeding Tank, lets him gain additional Max Health and for every Sinister Six villain that he's paired up with, which means he could be an extremely dangerous character to have to fight against. Perhaps it's no surprise that he performs the best on your team when he's paired up with Vulture, the Green Goblin, and Shocker, all of which give him a boost to health while Shocker also gives a boost to his attack.

Characters like Shocker on the other hand are built for attack and dealing out some major damage. (What a shocker am I right?) With abilities like Quilty and Aftershock, he can boost his own as well as his teammates offense to bring more pain, and just like with Rhino these effects are amplified when Shocker is paired up with other Sinister Six villains, so keep that in mind if you're considering him for your roster.

Unlike Marvel Future Fight which is more of an action RPG where you can battle enemies in real-time, MARVEL Strike Force is a turn-based squad RPG where combat takes place over several turns between you and your enemies, so things are a little bit more slow-paced, which isn't necessarily a bad thing as it gives you more time to react to different attacks and abilities.

Much like Marvel Future Fight, though, Strike Force is free-to-play so you can install it at no charge and play without spending a dime. That said there are micro transactions to be aware of, and these are optional. Though Rhino, Vulture, Shocker, and Mysterio are the latest characters to be added, you'll find a large selection of different heroes and villains to add to your team, including Wolverine, Deadpool, Venom, Iron Man, Nick Fury and more.