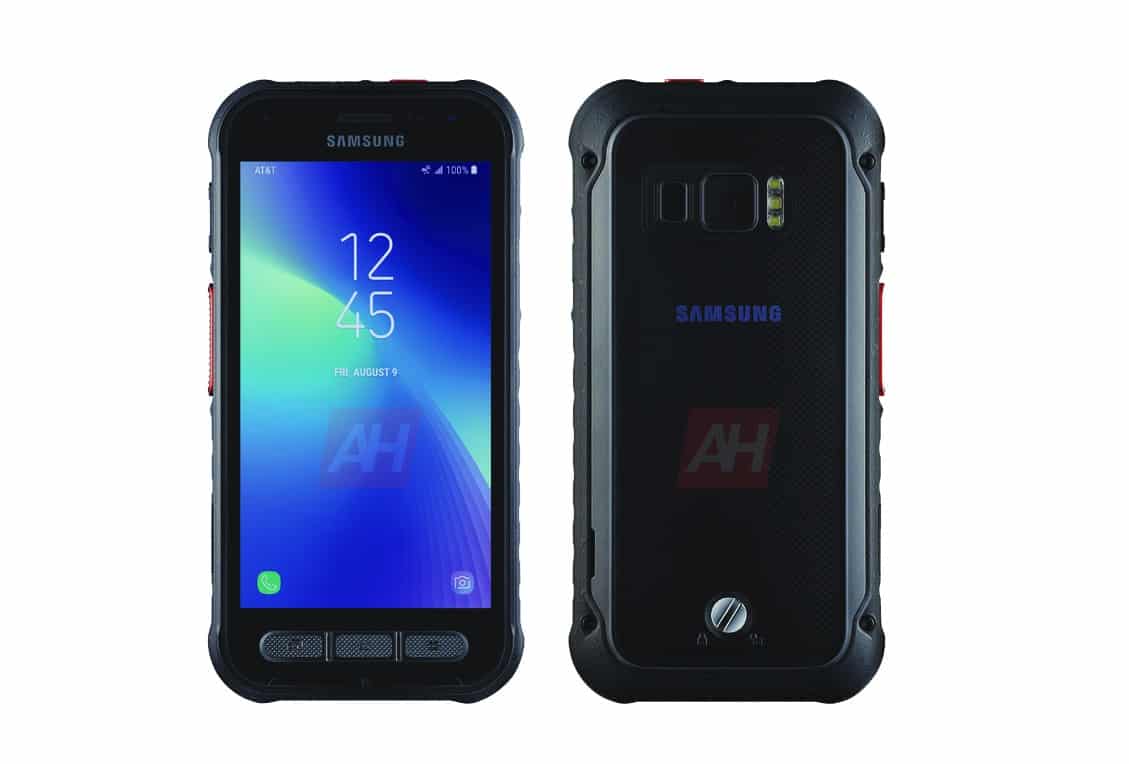 Here we have a look at the next Samsung Galaxy Active rugged smartphone on its way to AT&T.

Besides the image, we have very little information to share about this phone, although that’s not to say there’s nothing known about it.

For example, this exact phone was spotted earlier in the year at MWC 2019 and at the time, the phone was said to be like a Samsung Galaxy S9, but not quite. In other words, it draws on many of the specs of the phone but opts for a completely different design compared to the flagship Galaxy S line.

While a more rugged look and feel has been part of the “Active” smartphone line in the past, these Active versions have still tended to resemble their Galaxy S counterparts to some degree. That clearly appears to be less the case this time around as this phone does away with an all-screen look in favor of easy to use physical buttons.

One of the reasons for this is likely to be the fact this is unlikely to arrive branded as an Active version of Samsung’s Galaxy S line. Last year there had been an expectation Samsung would launch a Galaxy S9 Active variant, although that never came to be in the end.

The report from earlier in the year suggested that expected Galaxy S9 Active had been somewhat repurposed for use by those outside of the general consumer market – a more rugged phone aimed at government and agency use, such as by the fire and/or police departments. At the time, there was no specific mention this device would make its way to the U.S.

That now seems to have changed considering this new official render is specifically highlighting an AT&T variant of the phone. What’s more, the view of the display on the render highlights an “August 9” date which might actually suggest the phone is only weeks away from being announced and launched in the U.S.

Of course, this device is unlikely to be announced at the same event as it still remains to be seen whether or not the new Active smartphone will become available to the general public. AT&T and its FirstNet responder network seems a much more likely destination and this might explain why the date on the phone is different to that of the Note10 launch. After all, if it’s not being made available to the general public, then there’s no reason for Samsung or AT&T to launch the device at the same time.

Further adding to the suggestion this phone is due for an imminent launch is the model number. We do know this phone is the G889 and a device sporting the model number “SM-G889A” passed through the FCC at the start of July. It stands to reason that FCC listing is likely to be for this AT&T variant of the phone.

The report from MWC did point to a 5.2-inch display with a 2540 x 1440 resolution. As well as Android 8.1, an Exynos 9610, and a 4,500 mAh capacity battery. Cameras came in the form of an 8-megapixel front-facing camera and a 12.2-megapixel rear camera which was basically understood to be the Galaxy S9’s rear camera setup. As can be seen in the image above, the fingerprint sensor is situated besides the rear camera.

Of course, whether this AT&T variant is exactly the same phone internally is another question entirely and we’ll presumably have to wait until August 9 to find those details out.