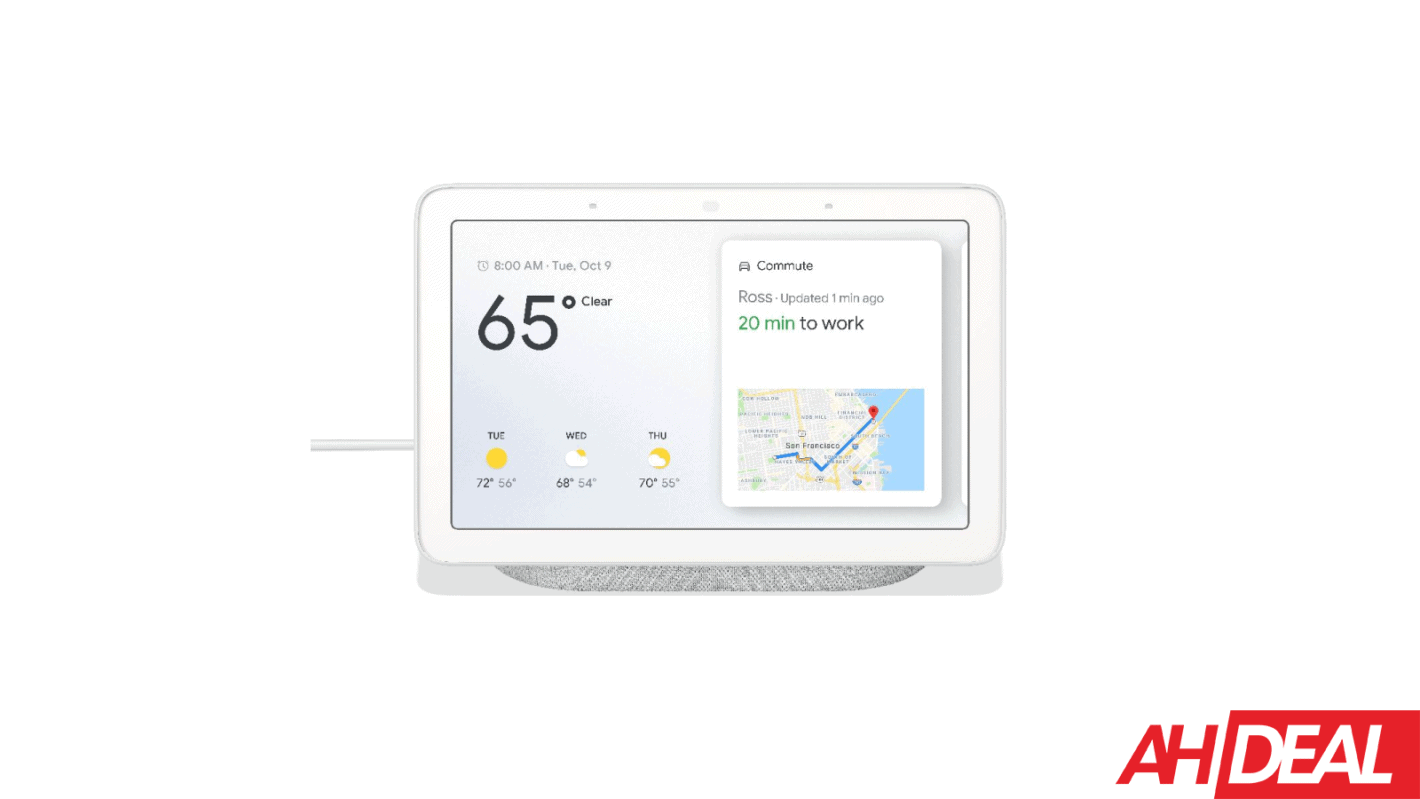 The Google Nest Hub has been getting discounts pretty regularly lately, and now it has just hit another all-time lowest price. It is now just $58.50, which is a pretty incredible steal for this smart display. You can get it from Rakuten, when you use the promo code SAVE15. That will take 15-percent off of the listed price, which is $69.

This is a smart display, a pretty small one from Google. It comes in at about 7-inches. Which looks pretty comical when you see it, actually. It runs on the Google Assistant, so you can use your voice to control your smart home products with it. You can also ask for the weather, and it'll show the weather on the display, which is a pretty cool addition, and something that the Google Home Mini won't be able to do.

Now the only downside to the Google Nest Hub, is that there is no camera. That means that you won't be able to make any video calls using this display. Though, to some that might be a good thing, as they won't need to worry about Google spying on them through the camera. That is actually why Google decided not to put one on this smart display. As it wanted users to put it in their bedroom or bathroom and not worry about it.

It does come in a few different colors, which is pretty cool. The mint one is a really nice color and definitely stands out. But the front is white on all of them, so you can really see the sensors.

You can pick up the Google Nest Hub from Rakuten by clicking here.

Advertisement
Google Nest Hub - Rakuten - $52.50
Trusted By Millions
Independent, Expert Android News You Can Trust, Since 2010
Publishing More Android Than Anyone Else
18
Today
153
This Week
645
This Month
3157
This Year
104636
All Time
Advertisement