One of the highlights of watching Beat Saber streamers is, inevitably, all the cool mods and custom songs they use. You might think you need a complicated PC setup and an even more complicated set of modding tools to get this, but thankfully SideQuest is enabling this kind of functionality on the Oculus Quest with very little effort. Sideloading apps is the perfect way of unlocking the full potential of your Oculus Quest, and it allows users to install free games and mods for existing games from the Oculus Store.

You may or may not be aware that the Oculus Quest runs a custom version of Android under the hood. As such, loading apps onto the Quest is done in a similar way to that of an Android phone. Sideloading was designed as a way for developers to test the apps and games they’re creating, which means you need to sign up for a “developer” profile on the Oculus web site before beginning. Don’t worry, this is a free process and it requires little more than an email address to do it.

Check out the easy-to-follow steps on the SideQuest website to get this done. You can use the SideQuest installer on any computer that runs Windows, Mac, or Linux. 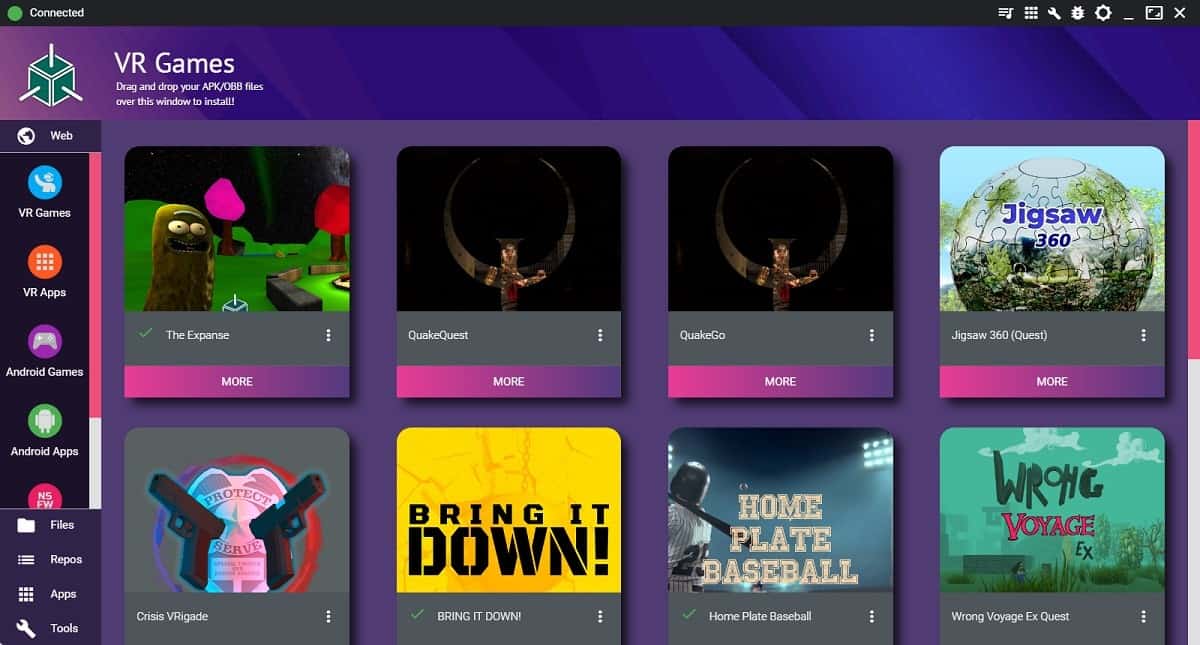 The latest update for SideQuest (v0.6.3) includes some UI improvements that make it easier to find what you’re looking for, as well as a way to automatically find out when SideQuest needs an app update. Right now you’ll still need to manually update SideQuest when an update is available, but the developer has all the pillars in place to make this an automated process in the near future.

SideQuest gained its popularity from its ability to load the ‘Beat On’ suite of mods for Beat Saber, which gives Oculus Quest users the same freedom of modding and custom songs that they would find on the PC version of Beat Saber. If anything, the Quest version of these mods is easier to use because it requires no file management and can be handled from within the Quest headset itself, unlike the PC version which requires interaction with the desktop UI before jumping into VR.

This latest version of SideQuest allows for enhanced ‘Beat On’ functionality by providing mods straight from the SideQuest store, with easy search and filter functionality, large thumbnails, and simple descriptions of exactly what you’re looking for. Want Obi-Wan Kenobi’s lightsaber while trying to slice through Camellia’s latest songs? How about new colors for blocks and walls? It’s a single click away with SideQuest.

Or how about playing some classic PC first-person shooters in VR? Both id Software’s Quake and Valve’s Half-Life can both be found on the SideQuest launcher, and while you’ll need the original game from Steam to legally be able to play it, those titles only cost almost nothing (Quake is $1.64 as of this writing). There are tons of other fully-free titles on here as well, and lots of community support and a dedicated developer is making SideQuest better all the time.