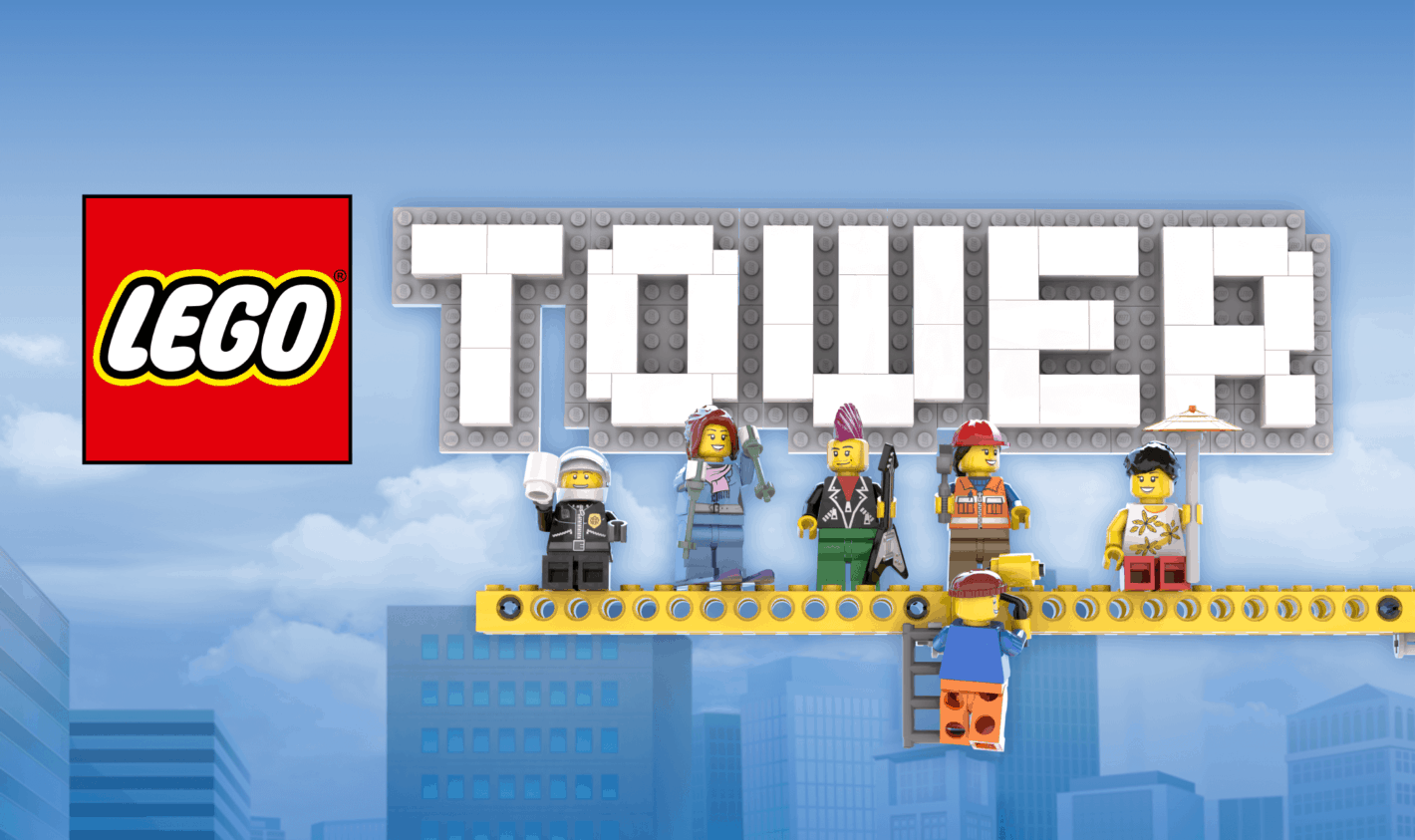 If you've ever played any of Nimblebits other tower games, like TinyTower, then you'll know what to expect with the studio's latest release onto mobile devices. LEGO Tower is the name and building a tower where people can live, work, and play is the game. You'll start with one single construction worker who resides on the lowest level of the tower, helping you build new floors to increase your tower's height which helps bring in more tenants.

The tower will start with a few floors already intact, and will include one modern living floor as well as one business. The goal here is basically to build the tower as high as you can get it while managing the time of other activities that are going on, and keeping the tenants happy at the same time.

When it comes to keeping the tenants happy the easiest way to do this is to place them in a job they are perfect for. This also helps bring in more money from that job that you can earn from the workers which can then be used to help build more floors and speed up the timing on completion of things happening in the businesses, like making food and serving it for example. You'll also have to watch how long before things sell out. When this happens you'll need to restock whatever it is that's out of stock if you want to be as efficient as possible.

LEGO Tower is a time management game of sorts, but it also has the ability to kind of run itself even if you're not playing it. Meaning, you can put it down and businesses and such on the floors of the tower will continue to operate and you can collect money from them after you come back at a later point. There are still some things you will need to interact with though, like moving new tenants in and ferrying people to the different floors of the tower through the elevator.

To keep things interesting and fun there is tons of customization to work towards. You can customize each and every one of the characters with different outfits. You can swap out the pants and tops, add accessories and more. You can also customize just about every aspect of the tower, including the background of the tower, the tower roof, the lobby and more.

There's a social aspect to the game too. Every so often something called the BrickBook will pop up that shows off a list of messages from the different people in the tower. It's like a Facebook Feed, kind of. Each message will be some random thing said by the different tenants and workers, and you can share these messages with friends over different social platforms which could be useful if you want to share your gameplay progress with friends who might also be playing this game.

Everything is fairly well-animated and it's extremely easy to pick up and play, and since it's LEGO it's family-friendly as well and yet still fun as an adult, especially if you grew up playing with LEGO blocks as a kid.