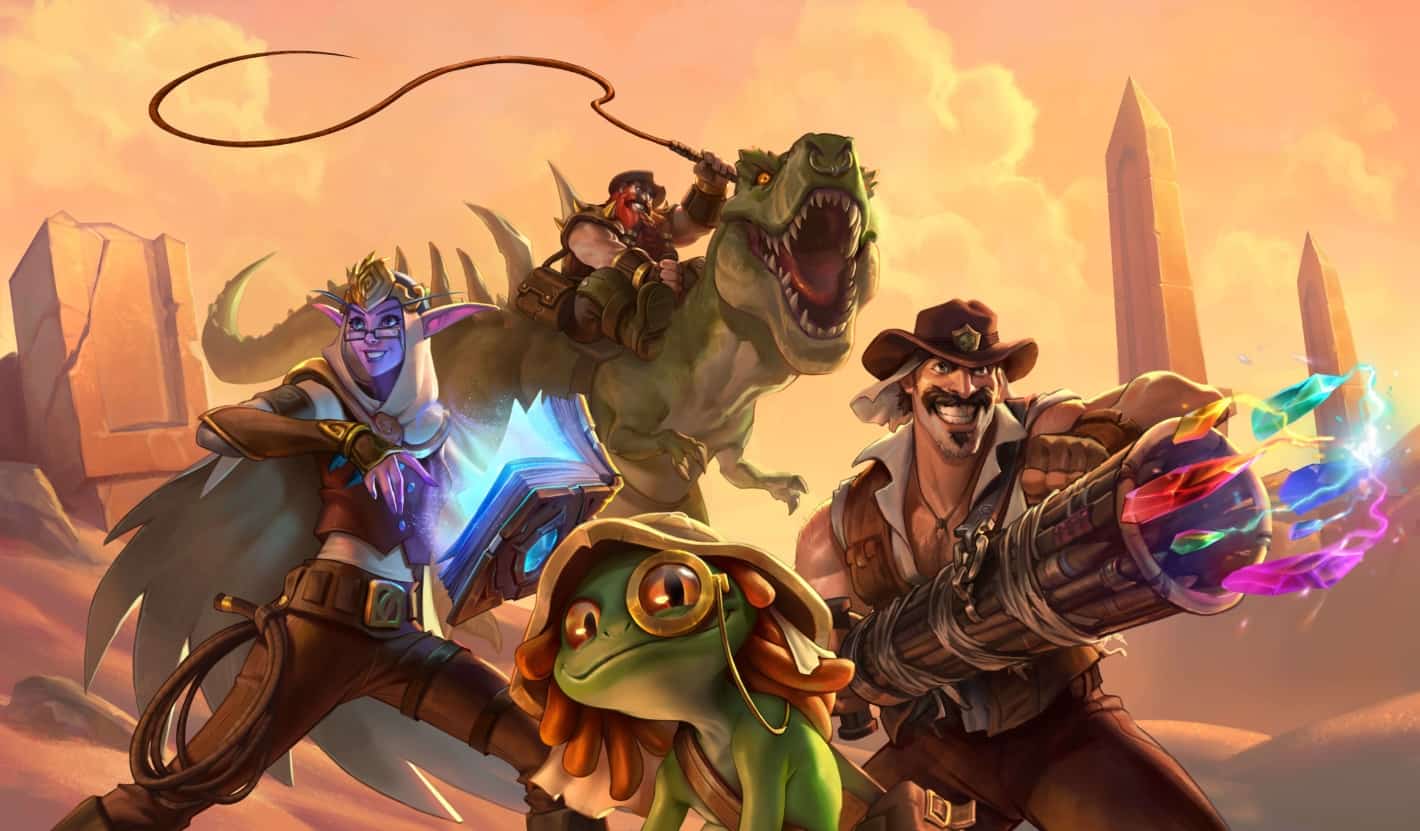 All finished up with Hearthstone's recent solo adventure The Dalaran Heist, and looking for something to do? Good news. You'll soon have some new content to fill your time as Blizzard just announced the new expansion for Hearthstone. It's called the Saviors of Uldum and it's dropping on August 6.

This is a late Summer release so that means you will still have a little over a month before the new expansion arrives and until then you'll have to keep on with the current solo adventure and the current expansion.

For those that casually play Hearthstone or may be just picking up the game, Saviors of Uldum will be a new expansion but it's part of an overarching storyline that is covered by multiple expansions that are being released throughout the Year of The Dragon. That being said, players are encouraged to check out the previous expansion as well, as the story links together and there are sure to be some benefits there lore-wise and beyond.

With Saviors of Uldum there's a lot to look forward to and there will be plenty of new content to experience, not the least of which is the new cards being added into the game that will help you shake up your decks and bring in some cool new abilities. In total Saviors of Uldum will add in 135 new cards to collect and play during your turns, some of which are sure to be devastating to your opponents.

In addition to the cards Blizzard says there will be new game mechanics to look out for as well as new features. Plagues will be one thing for players to keep an eye out for. With Plagues cards you get the opportunity to unleash major damage and debuffs to all the minions that are currently on the board at the time the card is played.

While there's no telling if your opponent will have one too, it's definitely something you'll want to seek out as it could tip the balance and mean the difference between a win and a loss, or at the least make the match a whole lot more difficult for you if you aren't the one in control of the plagues. Worth noting is that the plagues deal damage to your minions as well, so use them wisely.

Even if your minions ended up dying however, you could still be in a god spot if one or more of those minions are have the "Reborn" keyword that's being added with this expansion. Upon death, Reborn minions will come back to life and resume their place on the board, but they will only have one HP.

New quests are being added into the fold with this expansion so you'll have a series of different tasks to take on throughout your gameplay. Completing a quest during your match will reward you with new hero powers, so keeping on these will be a good idea.

Players can already pre-purchase various bundle packs of Saviors of Uldum cards, and in doing so will end up with special bonuses like additional cards. Those who prefer solo gameplay will get their chance to enjoy even more content later this year. While the Dalaran Heist solo adventure just wrapped up with the fifth chapter in June, Blizzard is going to be launching a Saviors of Uldum solo adventure in September.