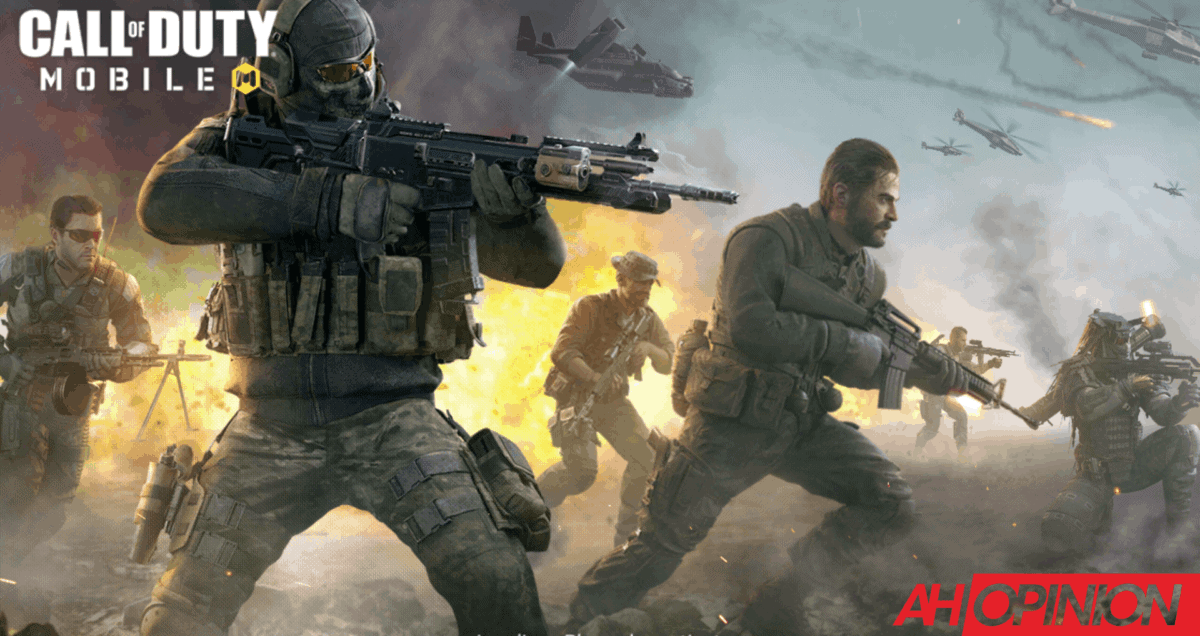 Activision's Call of Duty franchise is easily one of the most recognizable on a global scale, so when Tencent announced that it would be officially partnering with Activision to bring the franchise to mobile devices in an experience like you would get from console and PC platforms, naturally people were excited. I just tried Call of Duty Mobile for the first time yesterday even though it's not yet available in the U.S., and it's awesome.

Without getting long-winded, that's the simplest and quickest way to describe the experience you get when playing, and certainly how I felt after having spent around six hours total playing numerous multiplayer matches over the last two days.

Since the announcement the game has been released in a beta state in China, and has since expanded out to both Australia and Canada, and will be coming to other countries later this year. There's no hard release date yet for the game in any other countries outside of where it's already available, but it should be soon. You can also pre-register for the game in the U.S. if you want to be notified when it actually launches.

Of course you could also download a VPN app and grab the game from the Canadian Play Store as is, but you'll have to keep the VPN connected while you play.

When it comes to Call of Duty as you might know it on your current platform of choice, whether it's PC, Xbox One, or PS4, Call of Duty Mobile obviously won't measure up in certain ways. The graphics won't be as good as they are on those platforms. That's a given. But, they are pretty good so from a visual standpoint you have what was probably the height of visuals for CoD games back during the Modern Warfare 2 era. 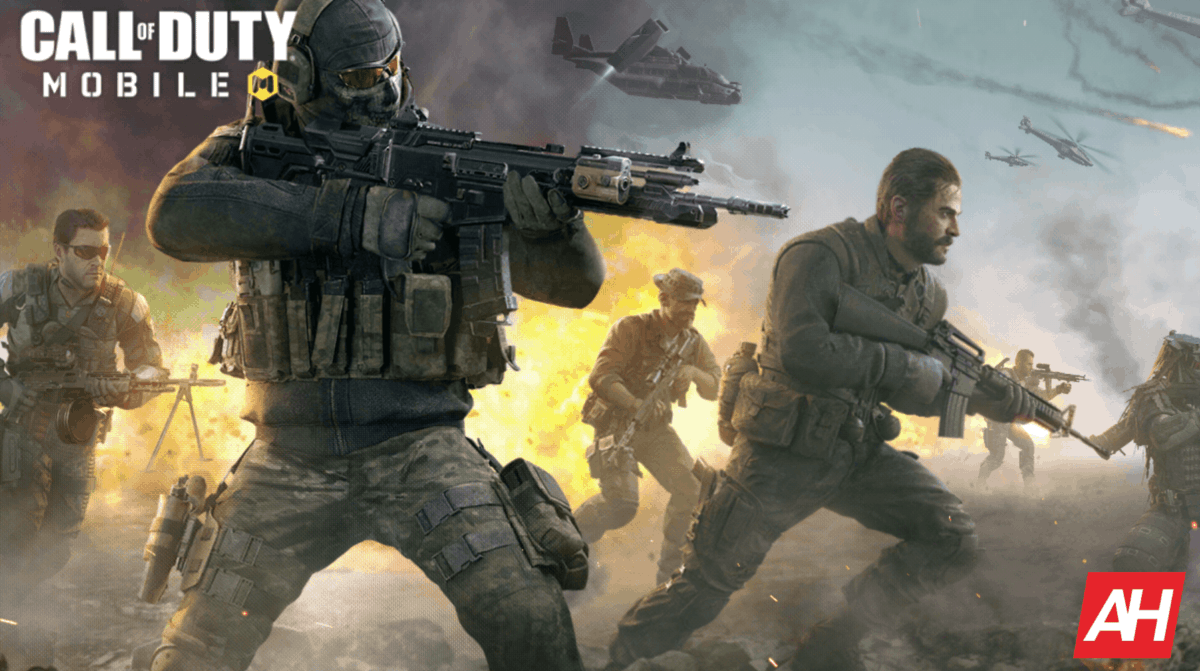 Graphics aside the biggest part of the experience in Call of Duty Mobile, is that it's genuinely exciting to play. I hopped into my first match earlier yesterday afternoon following a grueling affair to get the game installed. (VPNs tend to be a bit slower when it comes to downloads.) Once I got past that initial hump though, it was all downhill from there. I made my way through the tutorial and loaded into my first match. "Nuketown. Perfect."

As the match started, I felt an instant rush of high energy in adrenaline-filled waves washing over me. It was time to get back into that old groove of running and gunning, peeking around corners, finding cover, and trying to stay alive until that next kill streak reward.

A few short minutes later the match was over and I finished up as the MVP, racking up 23 kills and 0 deaths thanks to a few well-placed knife attacks and a collection of predator missile drops and UAVs to put the enemy's location on the map for easier tracking.

Surprisingly the touch controls of the game are much more responsive than I thought they'd be, though there are one or two notable kinks that need to be worked out, and it's entirely possible that playing the game with a proper controller or mouse and keyboard may feel much more comfortable than playing with on-screen controls.

All that said, most people probably aren't going to have the necessary equipment to play with a mouse and keyboard, and there's no telling if the game will even support it. Those using controllers are also likely to be on the smaller side of the game's player numbers, making everyone that uses the touch controls a much larger number of the player base, so Tencent and Activision need the controls to be as good as they possibly can be. 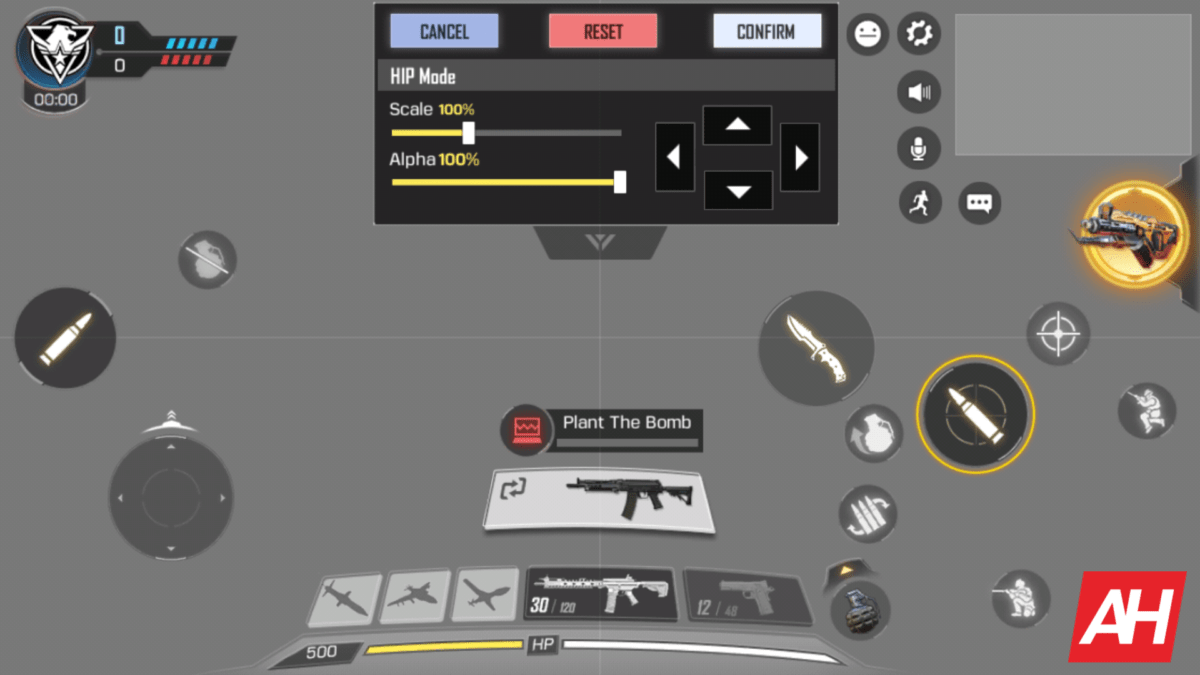 If you're not completely comfortable with the controls, you can easily go into the settings and rearrange things so the buttons are exactly where you want them to be. For smaller screen phones, optimizing the space you have on your display with these control rearrangements are going to be crucial to you excelling over other players, and will probably factor largely into how much fun you have with the game in general.

Controls aside the game feels very much like a Call of Duty game on any other platform, mixed in with bits of the newer games in the series. You have things like character progression through gameplay that will be much of your focus. Playing matches earns you XP and the better you do the more XP you get after each match.

This brought back familiar feelings of chasing that next level in games like Modern Warfare 2 and Black Ops, my two favorite games in the franchise. Playing these two gave me so much excitement every time I booted up the game, and Call of Duty Mobile is the first game in a long time that has gotten me this excited to play a Call of Duty game. Not just for the comparison in character progression, but that, in addition to all the other familiar features. 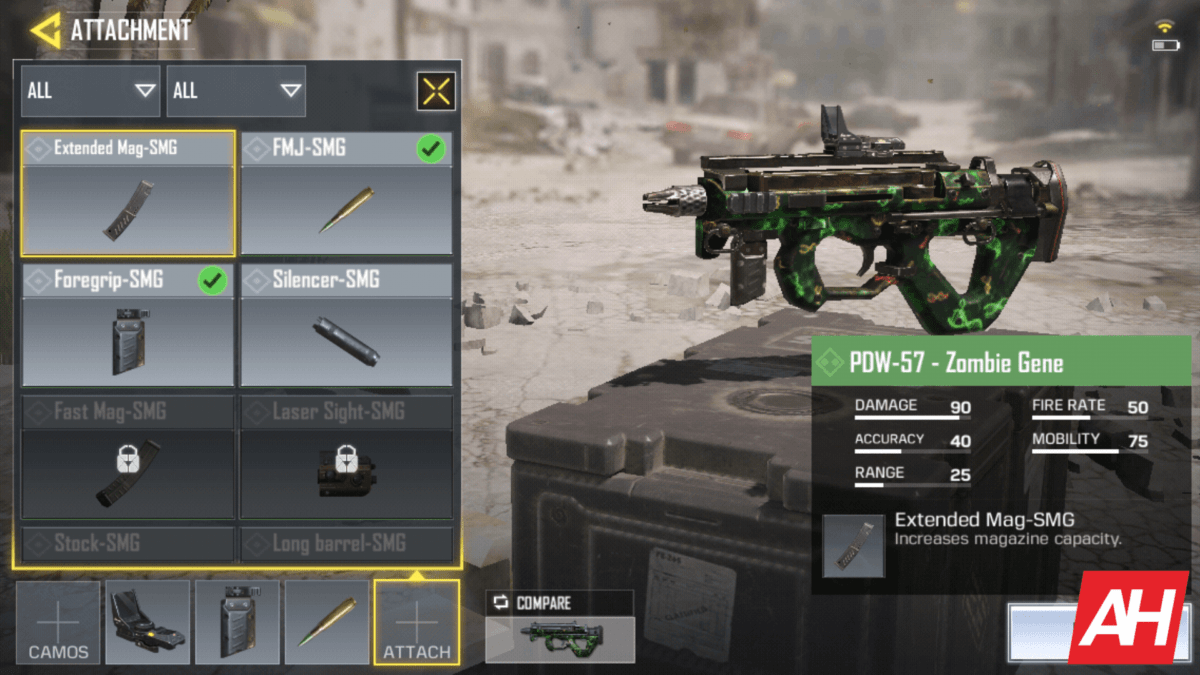 Perhaps the only thing that might be a problem for players down the line is the level of grinding you will have to do to get certain items, weapons, perks, and kill streak rewards. Leveling up is pretty easy at first, but it quickly becomes a little more of a slog the higher your level gets, and there are 150 levels in total to go through before you have every single item, weapon, kill streak reward, or perk unlocked that can be unlocked by playing and leveling up. This will take some time and for many may be a turnoff.

The thing here is that it promotes replay value for the game and so far it doesn't feel like the game is very pay to win. That could change the further I get into it but for now, gameplay is fun and unlocking new weapons and upgrades hasn't taken too much effort beyond simply playing more matches. 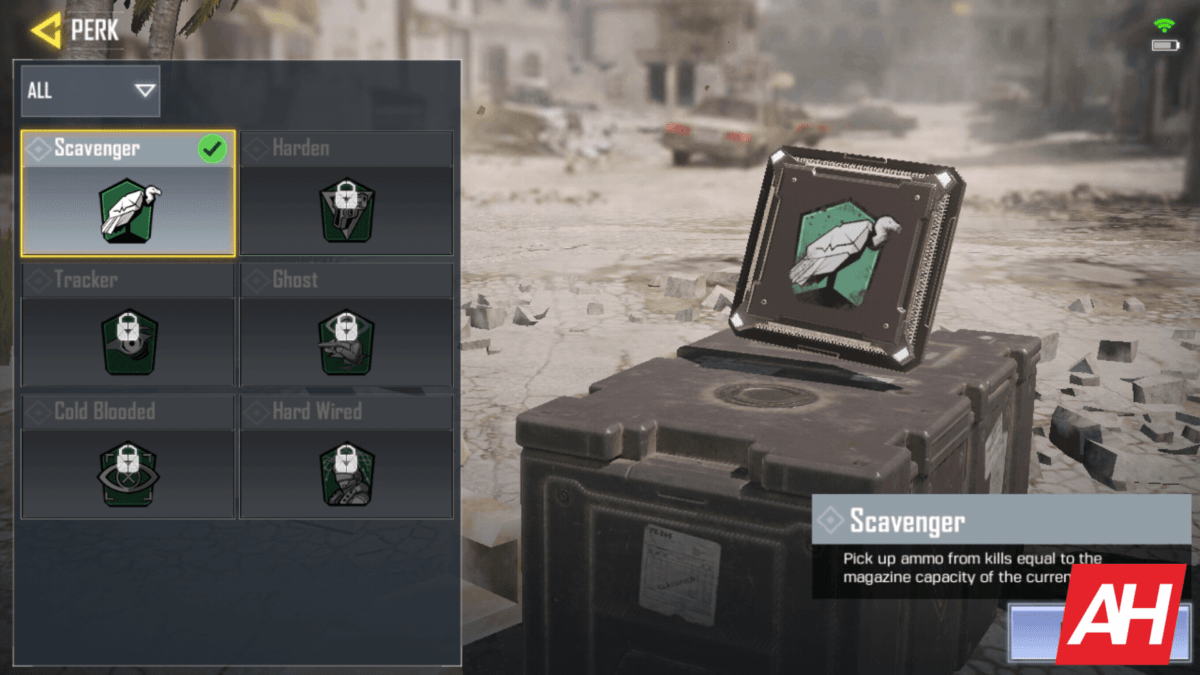 Call of Duty's signature traits like perks for your player, including old favorites like Scavenger, Ghost, Dead Silence and more are available to unlock and add to your loadout. These are integral to giving you a little bit more of an edge, as are the stronger kill streak rewards and upgrade mods for your weapons. They're also easy to miss. I went through a handful of matches before I noticed that I had unlocked two perks which I could have added to my loadout earlier on.

These unlockables will keep you playing and trying to win matches as you'll want the unlocks faster so you can perform better in future matches. It feels just like Call of Duty in every way and Tencent has done a pretty good job at recreating that familiar gaming experience. It may even stay fun for a long time if the micro transactions aren't too aggressive. 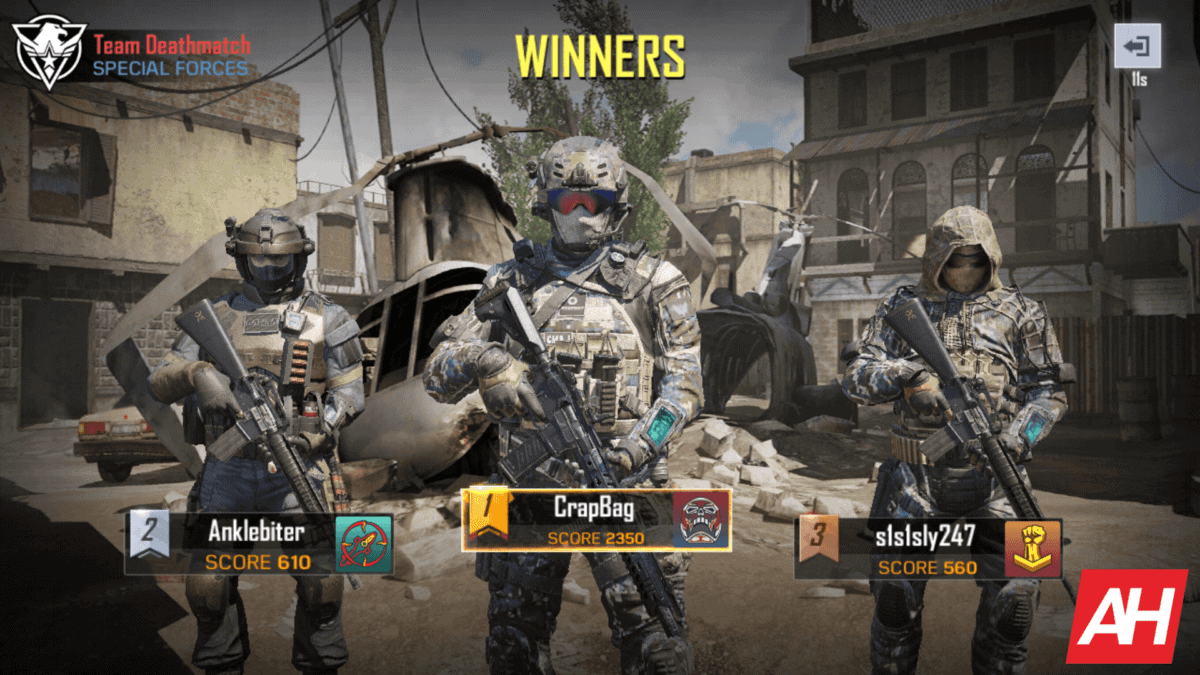 All the efforts being put into making the game as close to a classic Call of Duty experience as possible will feel all the better, too, once you're able to finish your first match as the MVP and rack up a high score with a good K/D ratio. Granted, the experiences are sure to change over the coming months a little bit once more and more players make it into the game.

Right now Call of Duty Mobile is only officially available in China, Australia, and Canada, so the player base is much smaller than it will be a few months from now. Once the doors open to the rest of the world where the game is planned for launch, it will surely be flooded with many more players both skilled and unskilled that will make it a little more challenging to rise to the top. But, that's part of the fun. Overcoming your obstacles, which in this case is better players, and improving your skills to become one of those better players yourself.

Mobile gaming for most people is still nowhere near as good as gaming on consoles or gaming on PCs, but it's getting ever closer and Call of Duty Mobile is proof of that. The game plays well, it's accessible, and it's bound to be one of the biggest games on mobile once it launches worldwide. If you're a Call of Duty fan and you have the ability to play it now, it's highly recommended. If you don't, it'll be worth the wait.