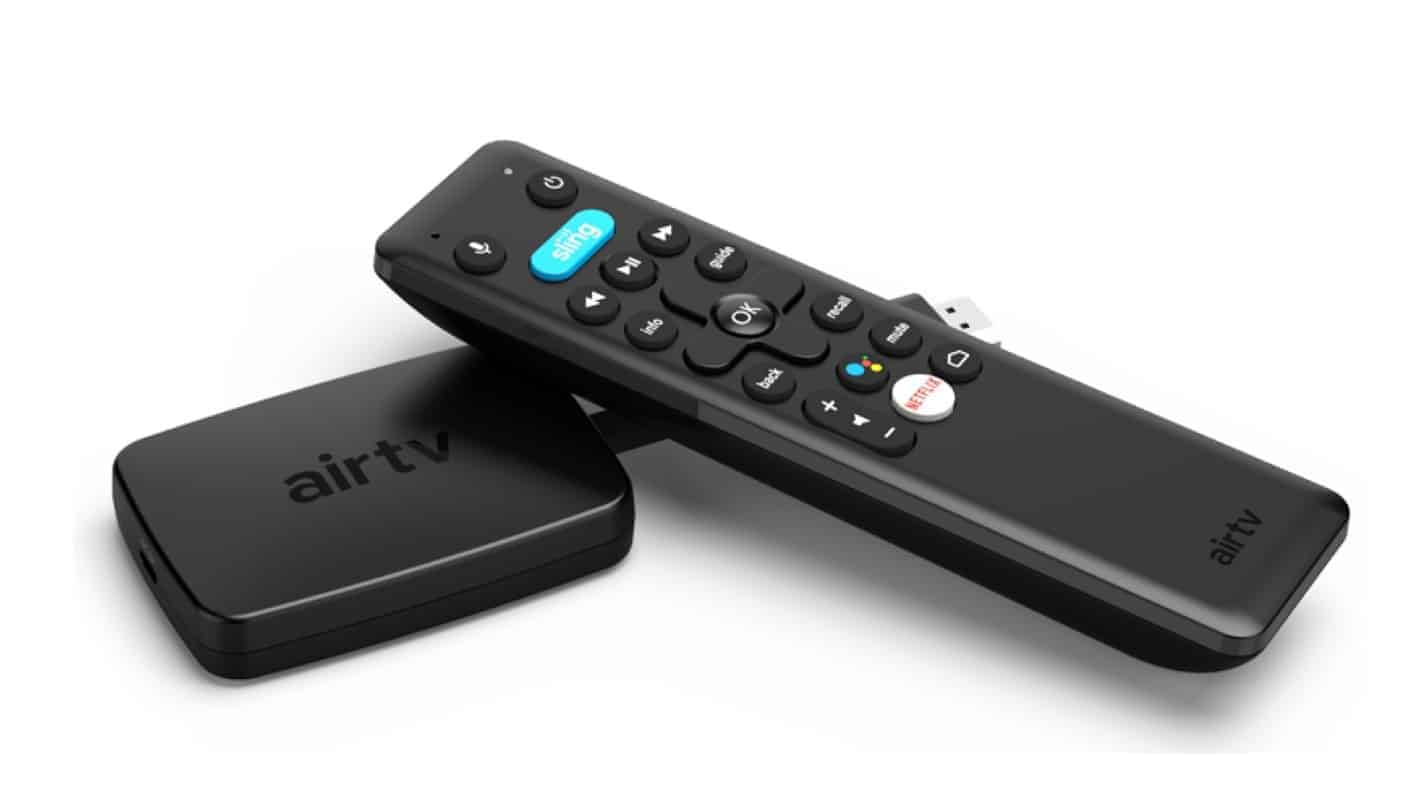 This device first properly came to light back in May when its existence was commented on during the 2019 DISH Team Summit. At the time it was expected the AirTV Mini would become available to buy in June although it is only this week that the device has officially launched and sales opened up.

First off, what makes the AirTV Mini so interesting is that it is in effect an ‘Android TV stick.’ In spite of offering Android TV, the AirTV Mini is a small unit that you simply plug into the back of the TV removing the need for additional boxes and wires. This unit is essentially the equivalent to an Android TV-powered Fire TV Stick as it is basically just a HDMI dongle.

In addition, if paired with an OTA antenna and a compatible tuner, the AirTV Mini will also deliver local live OTA channels and content.

The more general specs of the device include 2GB RAM, 8GB storage and an Amlogic S905Y2 quad-core processor. The Android TV version in use is based on Android 9 Pie, making it one of the few devices on the market running the latest consumer-ready version of Android TV.

Of course, with this being a product by a company owned by Dish, who also happens to own Sling TV, the AirTV Mini is designed to play more nicely with Sling TV than other services. For example, not only do you get a typical dedicated Netflix button on the remote, but you’ll also have one for Sling TV as well. Completing the dedicated button lineup the AirTV Mini also features a quick access button for Google Assistant, making it easy to find and watch content simply by issuing voice commands to the TV.

Furthering the Sling TV agenda, buyers of the new AirTV Mini will receive a $25 Sling TV credit which can then be applied to a Sling TV subscription. This is a promotion that’s open to existing customers as well as new customers so if you already have a Sling TV subscription, this is equivalent to a free month if subscribed to one of the baseline “Orange” or “Blue” plans.

New Sling TV customers have the added benefit of being able to combine this with a separate Sling TV deal that rewards those who pre-pay for a three-month subscription with a free antenna and tuner to access OTA content.

Overall, the big selling point here is the design. Many Android TV users have been calling for a stick-based solution and this is exactly that. However, with the device’s tendency to push Sling TV, as well as the higher purchase price compared to the likes of the Xiaomi Mi Box, this might not be the device for everyone.

If you are already a Sling TV customer, or considering giving the service a try and don’t already own an Android TV device, then the AirTV Mini is likely to be one worth checking out.

Those interested in finding out more or buying the AirTV Mini can do so via the AirTV website.