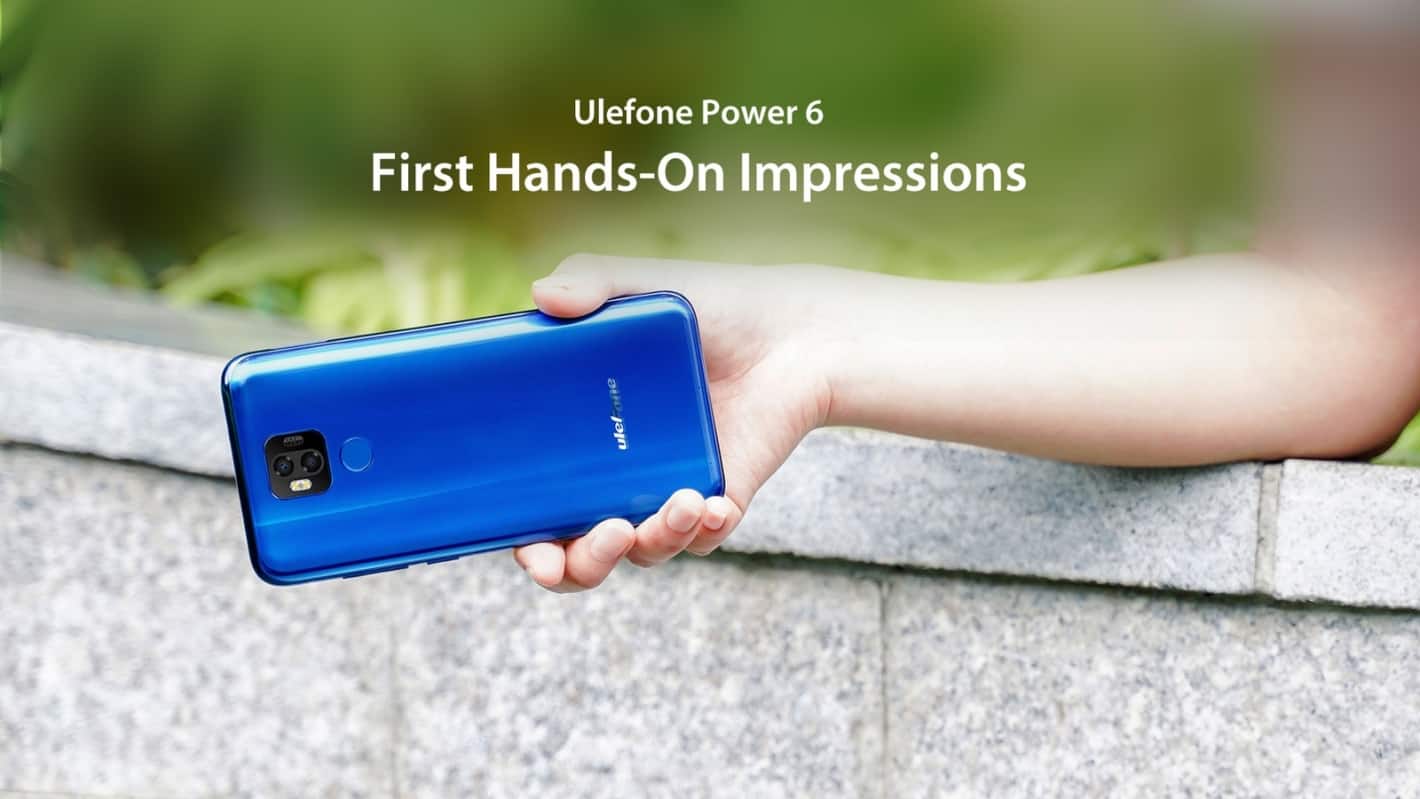 The Ulefone Power 6 is one of Ulefone's newest smartphones, and also one of the best devices the company released. This big battery handset had been introduced a while back, and the company just shared a new promo video for the phone, an official hands-on video with the Power 6.

The video itself is embedded down below for your convenience, and it has a duration of about two minutes. In this video, you can not only take a closer look at the device itself, but also its UI. The phone's performance is shown in this video as well, that goes for games, multitasking, fingerprint scanner, and so on.

Ulefone even attached some camera samples in this video, for both rear-facing and front-facing cameras, so that you can get a better idea as to what you're dealing with. The Power 6's multimedia performance is also highlighted here, as you'll see some videos running on the phone, and the person in the video also used the Power 6 for navigation purposes.

The Ulefone Power 6 is made out of metal and glass, and it comes with a teardrop display notch, not to mention that it has a "chin" below the display. The phone's bottom bezel is definitely the thickest bezel on the device, as all the other bezels are quite thin.

The Power 6 includes two cameras on the back, below which you will notice a regular, capacitive fingerprint scanner. The phone also supports facial scanning, and its back side is curved a bit.

The Ulefone Power 6 features a 6.3-inch fullHD+ display, while it packs in a huge 6,350mAh battery. The phone is fueled by the MediaTek Helio P35 64-bit octa-core processor, while it comes with 4GB of RAM and 64GB of expandable storage.

16 and 2-megapixel cameras are included on the back of this phone, while you will find a 16-megapixel camera on its front side. The phone comes with two SIM card slots, and it supports 4G LTE connectivity.

Despite the fact it has a 6,350mAh battery, the Power 6 weighs 207 grams, which means it's quite hefty, but even some mainstream flagships are close to that weight, so that's not too bad. The phone is a bit thicker than most devices, though, at 9.95mm, but it feels thinner in the hand due to its design.

The Ulefone Power 6 comes in Black, Blue, and Red color variants, and it ships with Android 9 Pie out of the box. If you're interested in purchasing the device, you can now get it for only $159.99 at the moment.

That's not all, though, from June 24 to June 30, you can even take advantage of a coupon code (GBMPULEP6), and get the device for only $139.99 from GearBest. This coupon code is limited to only 20 units per day, though, so keep that in mind. If you're interested, you can purchase the device from the link down below.