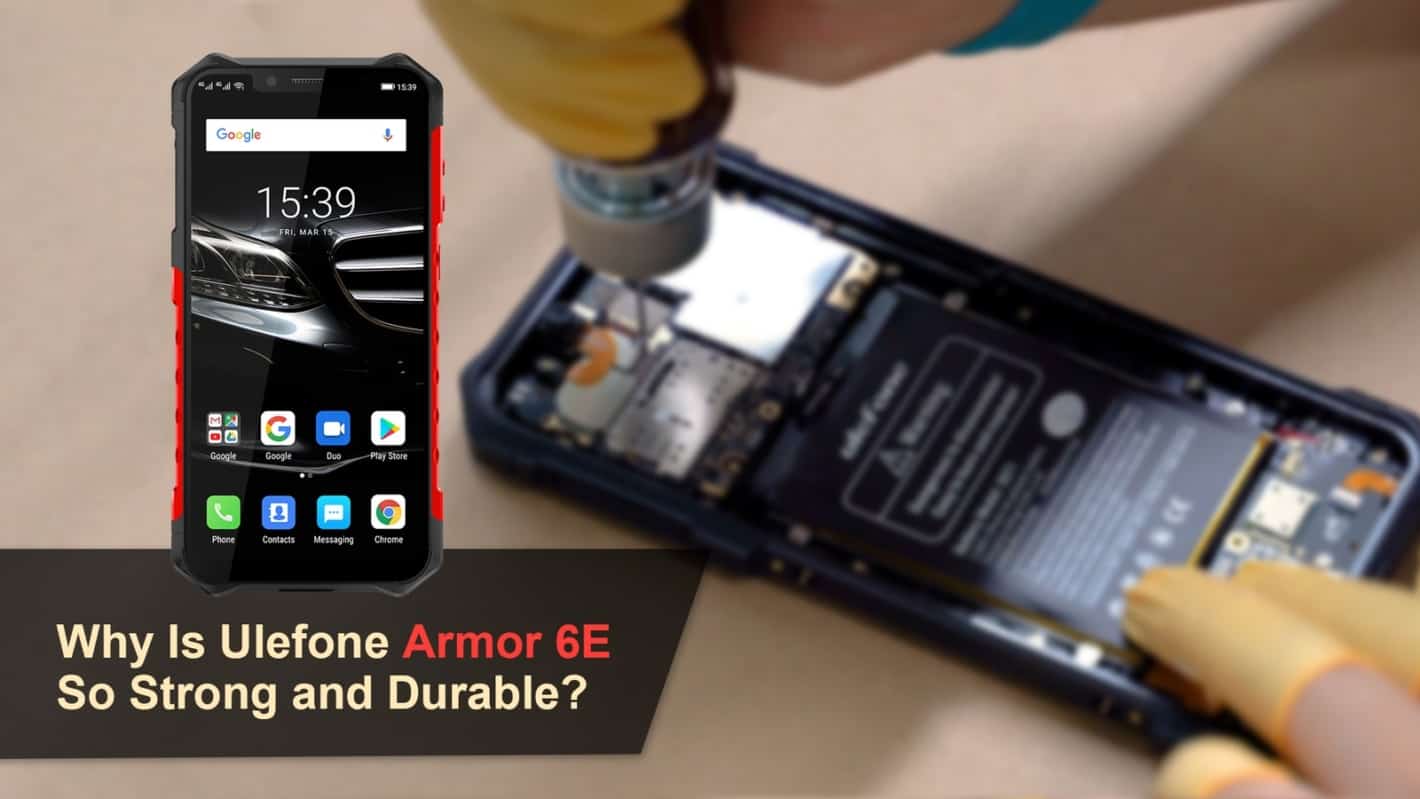 Ulefone has decided to disassemble the Ulefone Armor 6E in order to show you its internals, and its build. The company filmed the whole process, and it even puts the phone back together at the end of the video.

The Armor 6E is a rugged smartphone, and it is both water and dust resistant, while it can handle drops as well. The company says that the phone's display and body are actually connected via a tailor-made waterproof glue, which offers more reassurance in the field of water resistance.

The components of this phone that are exposed have a "high-density macro-molecule coating", which makes them waterproof, says Uleofne. On the inside of the device, all the parts are sealed by the aforementioned waterproof glue.

The interior of this device is also protected by a metal panel, while a metal frame is also in place, not to mention that the reinforced convex design on four corners also helps, and will make sure that the Ulefone Armor 6 drops regular drops like a champ.

This phone's battery is put in place with a number of screws, just to make sure that it doesn't get damaged when you drop the phone. That battery is also protected by a metal plate on the back, while the phone's cameras are fixed by a customized panel.

The Armor 6E does look like a rugged phone, but its bezels are not as thick as they are on some other rugged devices. This phone will provide you plenty of grip due to its design, and as you can see, the phone utilizes a rear-facing fingerprint scanner.

The phone features a 6.2-inch fullHD+ display, while it is fueled by the Helio P70 64-bit octa-core processor. The phone includes 4GB of RAM and 64GB of expandable storage, while Android 9 Pie comes pre-installed on the device.

The device also includes a 5,000mAh battery, and supports 9V/2A charging. The phone also includes 10W wireless charging (Qi charging), and features 16 and 2-megapixel cameras on the back. A single 8-megapixel camera can be found on the front side of the phone, while the company claims that the device's fingerprint scanner can unlock the phone in 0.1 seconds.

The device supports 4G LTE connectivity, while it comes with two SIM card slots (2x nano SIM). Bluetooth 4.2 is also a part of the package, while the phone weighs 267.5 grams, and it is 13.3mm thick. The device comes in Black and Red color variants.

Ulefone is running a special promotion as we speak, until June 23. During this promotion period, you can grab the Ulefone Armor 6E for only $199.99, and you can choose whether you want to buy it from AliExpress or Banggood, both links are included down below.