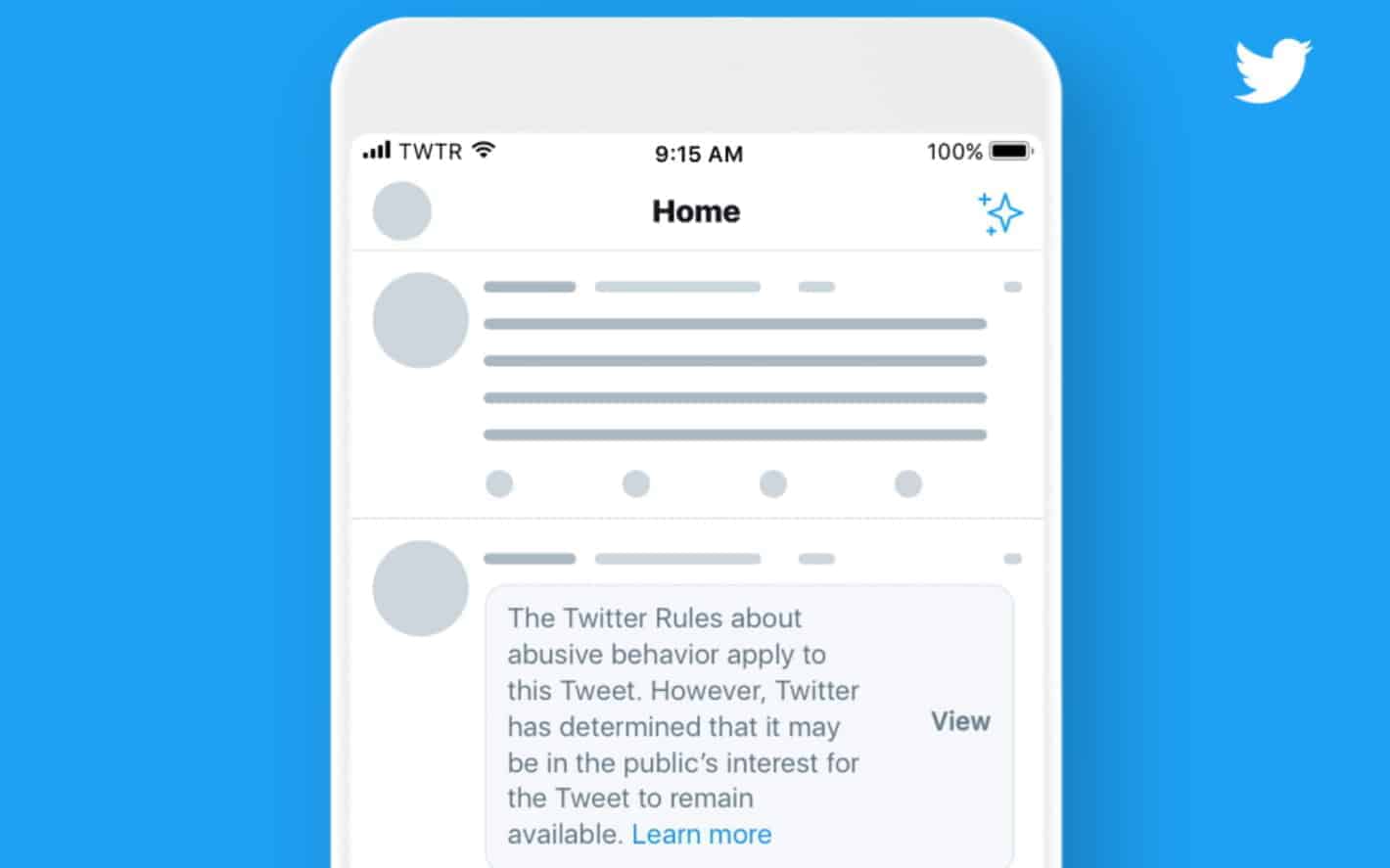 Politicians and other high-influence public officials on Twitter are no longer going to be able to send out tweets that violate rules and policies with impunity thanks to a new approach that the company says will take affect starting today.

The company has no plans to step away from its long-held position on keeping tweets that hold public interest available and visible, however. Twitter isn't going to just start removing every tweet that gets reported. Instead, it's going to start flagging and putting notices on tweets that meet a specific set of conditions.

Notices, which Twitter says should appear infrequently, will work almost identically to those already shown over content that's deemed "sensitive." Instead of the content of the tweet being immediately accessible, the content will be hidden behind a message indicating that the message violates its policies and that it has been left up as a matter of "public interest."

A link for more information about the notices and the policies behind them will be included at the bottom and a "View" button will need to be pressed in order to actually see the tweet in question.

In order to have a tweet flagged and put behind a notice, Twitter is going to require that a significant number of conditions are met — severely limiting exactly who can get away with tweeting what and what exactly is penalized.

To begin with, the social media giant indicates that the user in question needs to either be a government official, represent one, be running for a public office, or be in line to become one. They'll also need to have more than 100,000 followers and a verified account. That's going to include a relatively narrow number of public figures with substantial sway and influence over the wider user base and following.

That doesn't mean Twitter-using politicians and incumbent or potential government officials can just say whatever they want via either the available Twitter apps or web portals though.

Twitter will be looking not only at whether a risk that immediate and severe harm or potential harm is present but also whether or not keeping the tweet in place is vital to helping others hold the offending tweeter accountable. The team will be putting a greater emphasis on keeping people safe from a 'physical' perspective.

Rule violations will be weighed against whether or not the offending tweet is part of a larger discussion that needs to stay up in order to keep the public informed on a topic. That includes whether or not there are other readily available sources of information sharing the statement, and whether or not it provides a unique contest or perspective.

If removing or hiding the tweet would prevent understanding of an "issue of public concern" then it may stay up for that reason.

Is this a real change?

Twitter has faced an immense amount of pressure from both sides of the ongoing debate over how much control and influence social media has and politicians have been a central part of that conversation.

In the U.S. lawmakers and leaders from congressional electees and their followers as well as the president have called out the services as biased — with claims that opinions and statements are silenced or hidden from public view.

On the other side of the discussion, those same elected and appointed officials have tweeted statements that many on the platform view as policy violations, whether that's a violation of hate speech, calls for violence, or any number of other rules.

Twitter's solution appears to be to continue allowing content to exist except where it breaches or fits very specific conditions and, at the surface, the change is not a major departure from the way it has handled its platform at all. Instead, the new policy seems to primarily focus on providing context and clarity about whether or not a tweet would ordinarily violate the rules and result in punitive action.

In fact, there will be at least a few punitive actions that will be taken against the tweets that are flagged by the company. Namely, a tweet that's been placed on notice will be featured less on the platform and will not appear in searches filtered via safe search, the Top Tweets timeline, live event pates, recommendations, notifications, or the Explore section.

Simultaneously, the solution effectively means that influential Twitter users will no longer be able to tweet things that violate the policies without being explicitly called out for it.