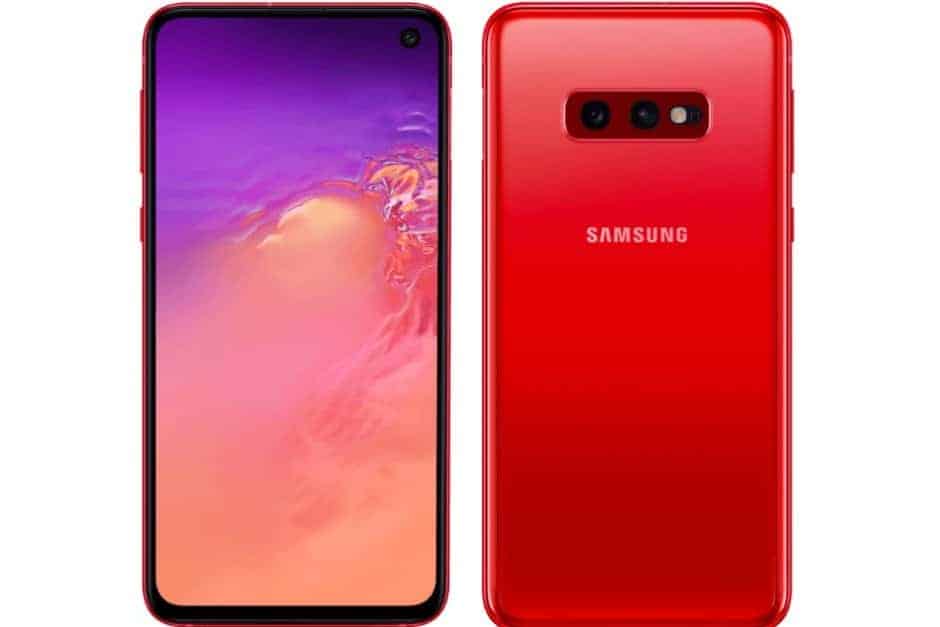 It's no secret that Samsung is working on a Cardinal Red color variant of the Galaxy S10 and Galaxy S10 Plus, both of which will hit the shelves in the near future. What's remained unclear, however, is whether the smaller, more affordable Galaxy S10e would be treated to the same lick of paint — and now we know it will.

Esteemed leaker Roland Quandt has obtained a set of renders of the Cardinal Red model of the Galaxy S10e and aside from the fact there's a new paint job, there isn't much else to report; the handset is identical in every other way, shape, and form to the standard Midnight Black variant that launched in March.

The same can be said for the Galaxy S10 and Galaxy S10 Plus — the changes are purely cosmetic in the form of a fresh layer of paint. There aren't any new design features, like an under-screen camera, or performance improvements, so there's no reason for current Galaxy S10 owners to consider upgrading.

Releasing new color variants is a common technique manufacturers use to keep their existing products in the spotlight, so it should come as no surprise to hear that Samsung is no stranger to the practice. In fact, it has a habit of releasing red models of its flagships a mere matter of months after they launch.

What's strange, though, is that it refrained from bringing the Burgundy Red variant of both the Galaxy S8 and Galaxy S9 to the United States. For that reason, rumor-spinners claim there's little chance it will bring the Cardinal Red trio to the region, instead reserving them for Asia, Europe, and South America.

That said, with rival Huawei soon to be out the picture, Samsung is likely exploring new avenues to help it close gap between itself an Apple, and introducing new models of the Galaxy S10e is a fantastic way of doing just that, seeing as its iOS adversary, the iPhone XR, is available in a total of six hues.

Last month, a European retailer revealed that the Cardinal Red variant of the Galaxy S10 and Galaxy S10 Plus will be available with 128GB in Switzerland later this month. There's no word on where it will launch thereafter, how much it will cost, and whether the Galaxy S10e will be listed alongside them.

The Galaxy S10e is without a shadow of a doubt the best budget smartphone Samsung has released in years, retaining all the core features of the Galaxy S10 and Galaxy S10 Plus, but stripping away the fancy flagship features to deliver a bare-bones functional user experience at a modest price.

The screen doesn't have any curves, for example, but it's crisp and clear, with a fantastic default color profile out of the box. There also isn't a telephoto camera for lossless zooming, though there's an ultra-wide sensor to compensate. See what we mean? The Galaxy S10e has everything that counts.

Needless to say, the Cardinal Red variant of the Galaxy S10e will stay true to that, sporting the exact same 5.8-inch AMOLED screen, 6GB of RAM, and 128GB of internal storage as the Midnight Black model, as well as an identical dual-camera on the rear (16MP + 12MP) and 3100mAh battery.