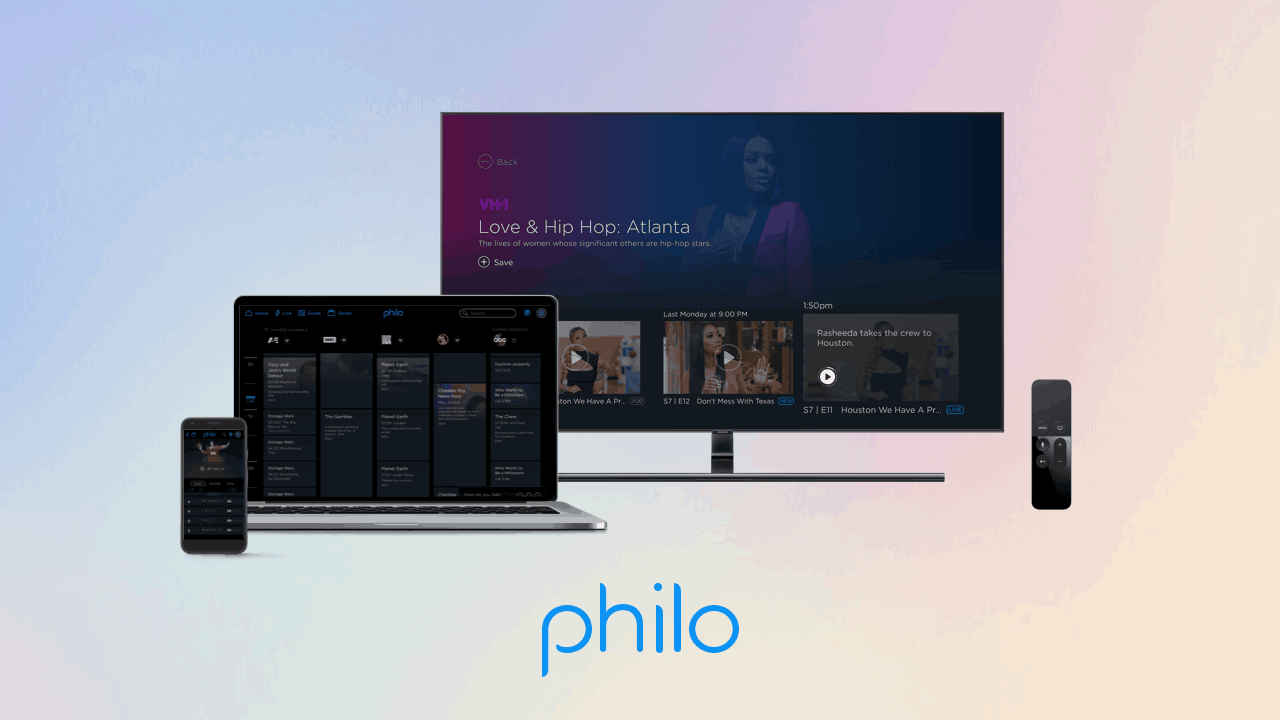 There’s a number of streaming TV services on the market right now. You’re probably somewhat familiar with YouTube TV, PlayStation Vue, Sling TV and Hulu Live TV. But there’s one more, that you may not be very familiar with, and that’s Philo TV.

And it’s time you get familiar with Philo TV.

In the simplest of terms, Philo TV is a “skinny” streaming TV service. It doesn’t have a ton of channels like YouTube TV or Hulu TV, and it is missing sports, which may be a big deal for a lot of people. There are some sports channels available, but the ESPN family of channels are not available on Philo TV.

So what do you get with Philo TV? Well, you get 58 channels for $20 a month. Which sounds pretty impressive.

With Philo TV, you also aren’t getting your local channels. Like ABC, CBS, NBC and the like. Similar to Sling TV, which means you’re going to want to buy an antenna to get those channels.

What you do get with Philo TV, however, are mostly Viacom channels. These are channels that you won’t find in most other streaming TV services, except for maybe DIRECTV NOW – if AT&T hasn’t cut more channels from their packages yet.

Philo TV includes A&E, AMC, BET, BET Her, CLEO TV, CMT, Comedy Central, Discover, FYI, Food Network, Game Show Network, Hallmark Channel, History Channel, MTV, Nickelodeon, OWN, Paramount Network, VH1 and many more. For a total of 58 channels. That actually compares to YouTube TV and others pretty well, for sheer number of channels. It just has channels that those other providers don’t have.

Things are pretty simple with Philo TV. There aren’t really any add-ons, and you do get DVR support. It’s basically unlimited, but your recordings will disappear after 30 days. Which is about as close as you’ll get to YouTube TV’s unlimited DVR. You can also watch on up to three devices now, so you can share it with others.

As for platforms, Philo TV is available on most of the big ones. This includes Android TV, Apple TV, Fire TV and Roku. As well as on your Android or iPhone and on the web through most of the current browsers. Like Internet Explorer, Google Chrome and Firefox. Meaning that you can watch Philo just about anywhere.

Philo TV is a pretty good TV service for those that are looking for something that is not available on other streaming services. Primarily these Viacom channels. Some of which will be coming to YouTube TV and Hulu Live TV in the near future, but not there yet. And for $20 per month, it’s a good way to add it to your other subscriptions, without really breaking the bank.

There is a seven day free trial available for Philo TV, so you can check it out and see how good (or not so good) the service is, before you end up paying for it. The service has continued to add more and more channels over the past year, jumping from 40 to now 58. So there’s a good chance that it’ll have even more in the near future.