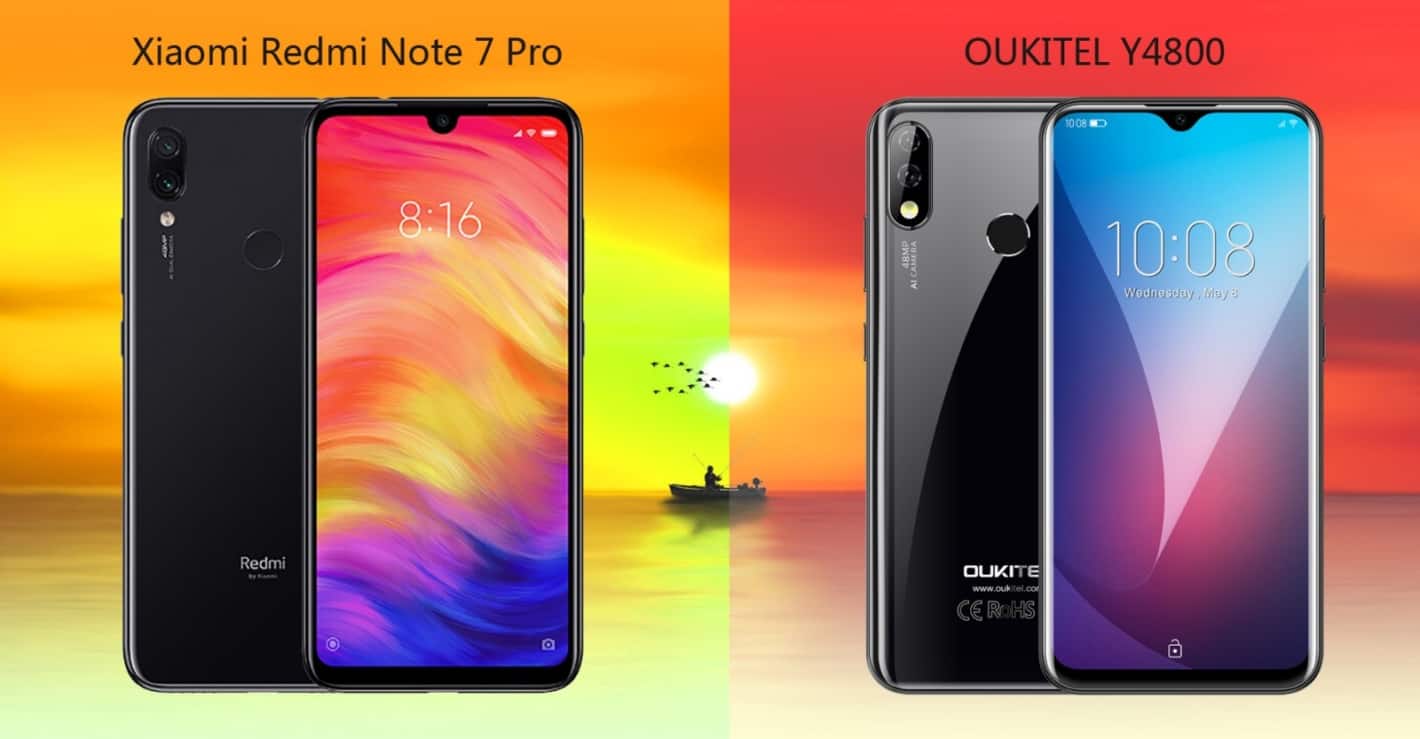 The OUKITEL Y4800 is the company's brand new smartphone, in its latest marketing push, OUKITEL argues that it is a really good alternative to the Xiaomi Redmi Note 7 Pro. The company actually decided to compare the two phones, in order to emphasize the Y4800's strong suits.

There is a good reason why OUKITEL opted for the Redmi Note 7 Pro here, as that phone has the same display size as the Y4800, looks quite similar to OUKITEL's offering, and it's also a mid-range, budget smartphone, just like the Y4800.

Let's start with the design. Both phones are made out of metal and glass, while you will find a teardrop waterdrop notch on both devices as well. On top of that, they both have a really thin "chin" below the display. As if that's not enough as far as similarities are concerned, these two devices also have a similar rear camera setup.

Both phones include two cameras on the back, with an LED flash which is located below them. Those cameras are placed in the top-left corner of back of these two phones, and both setups protrude a bit. Both devices also sport a rear-facing fingerprint scanner with a similar placement, and even branding on the back is located in the same place. Same can be said for physical keys on the two phones, as they're located on the right side of these two smartphones, the volume rocker and power / lock keys.

You will find a 6.3-inch fullHD+ display on both phones, and they even have the same display aspect ratio (19.5:9). Both devices include a 48-megapixel camera on thr back, and a 5-megapixel secondary unit. On top of everything, a 4,000mAh battery can be found in both phones, and both devices support two SIM card slots. The OUKITEL Y4800 actually comes with a separate slot for a microSD card, while the Redmi Note 7 Pro offers a hybrid setup, so you can't use two SIM cards and a microSD card at the same time.

A 3.5mm headphones jack is included in both devices, and both devices come with the same charging, 9V/2A charging. You'll also get 6GB of RAM in both devices, and 128GB of internal storage. The Redmi Note 7 Pro is fueled by the Snapdragon 675, while the OUKITEL Y4800 includes the Helio P70. The two devices also comes with different front-facing cameras, as the Redmi Note 7 Pro includes a 13-megapixel one, while the OUKITEL Y4800 sports a 16-megapixel unit.

The OUKITEL Y4800 is still not available for purchase, but that will change in mid-July. OUKITEL promised that it will offer an additional discount once the phone becomes available for pre-order. You can even participate in the company's giveaway via the link down below, as OUKITEL is giving away three Y4800 units to lucky winners.