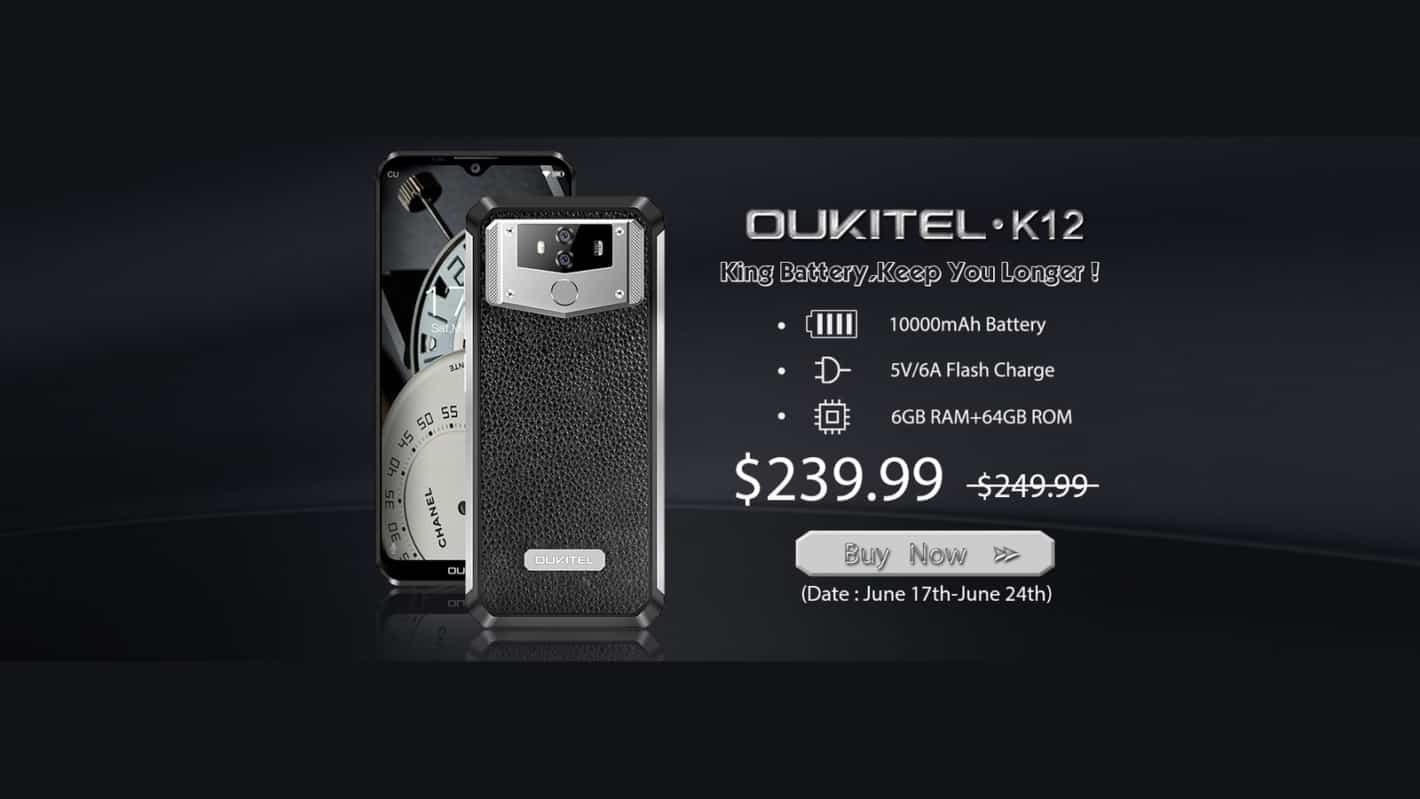 The OUKITEL K12 is now available for pre-order over at GearBest. The company has announced that the phone is discounted to $239.99 during the pre-sale period, while its regular price tag is $249.99. The pre-sale period will last until June 24, when the phone's price tag will revert back to its regular, retail pricing.

In addition to announcing pre-order details for the OUKITEL K12, the company also released a video in which it shows how it tests the K12 before it goes to sale. The title of this video is the "OUKITEL K12 Crazy Factory Test", and it shows a couple of tests that the company performs.

The first one is a soft pressure test, and that test is conducted 3,000 times. The second one is a micro drop test, which is performed 10,000 times. Following that, we have a high-temperature test. In that test, the company puts the phone inside a device which is heated up to 70 degrees Celsius, and the phone ends up being locked up in there for 48 hours.

The dust test is also in the company's repertoire, and the K12 has to spend four hours in what seems to be a dust machine, essentially. The roller test follows the dust test, and the phone gets rolled 500 times in order for the company to ensure its durability.

The company also performs a drop test from 50cm. The phone is being dropped 16 times from each side / every angle. OUKITEL says that it performs 40 quality tests before and after mass production, in order to ensure proper quality for its products.

The OUKITEL K12 is one of the company's newest big battery phones. This phone packs in a ginormous 10,000mAh battery on the inside, and that battery can be recharged using 5V/6A fast charging. That battery pack is also one of the phone's main selling points.

The OUKITEL K12 is easily recognizable, as it comes with a rather interesting design. The phone includes a sheet of leather on the back, and its camera setup is also quite interesting-looking. The device packs in two cameras on the back, along with a capacitive fingerprint scanner, and the "OUKITEL" branding.

The device features a 6.3-inch fullHD+ display, and it features a display notch. The Helio P35 64-bit octa-core processor by MediaTek fuels this smartphone, while the phone packs in 6GB of RAM and 64GB of expandable storage (expandable up to 128GB via a microSD card).

Android 9 Pie comes pre-installed on the OUKITEL K12, while the phone also features a facial scanning option. 16 and 2-megapixel cameras are placed on the back of this phone, while a single 8-megapixel camera can be found on its front side.

The device measures 163.5 x 75.4 x 14.5mm, so it's not exactly the thinnest phone out there, but do note that it has a 10,000mAh battery on the inside, so that is to be expected. If you're interested in pre-ordering the OUKITEL K12, you can do so via the link down below.