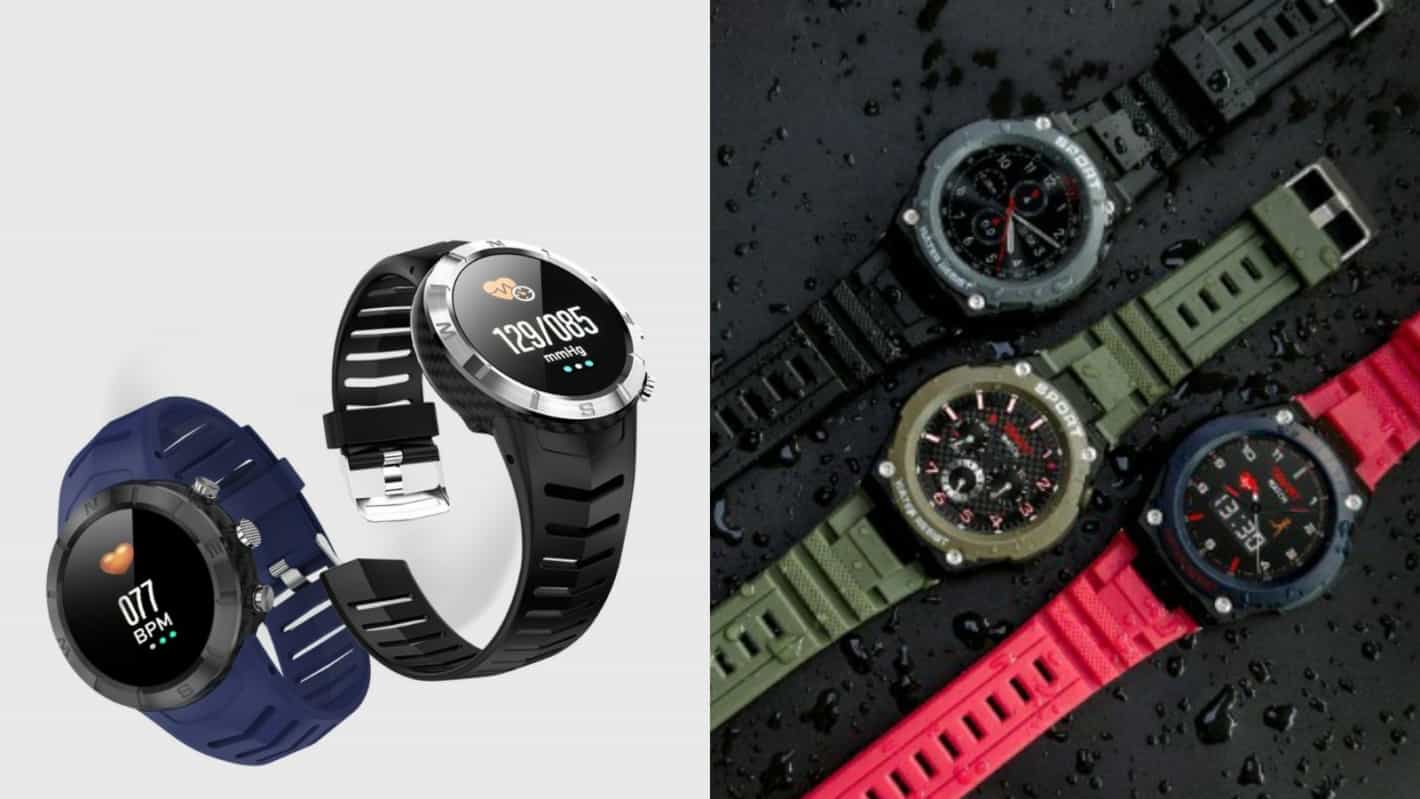 NO.1 has announced that two new smartwatches will become available before the end of the month. Those two watches are the DT08 and G9, and both of them are already listed on the company's official website.

Both of these are sporty smartwatches, and both of them sport a rounded display. The DT08 comes with three physical buttons on the right, and no buttons on the left. This watch will be available in a couple of color variants, and that goes for the watch itself, and its strap.

This watch comes with a number of sport-related features, it can keep track of your blood pressure and heart rate, while you can choose what sporting activity are you performing at a time, so that the watch can properly keep track of everything.

A ton of options are available on this watch, including walking, running, biking, climbing, football, soccer, badminton, and so on. The watch also comes with an air pressure sensor, and it has a built-in compass as well.

You can use this watch to read your notifications, see who's calling you, while it has an alarm clock function as well. A sedentary reminder is included in the package as well, while the watch can keep track of your sleep patterns as well.

The NO.1 G9, on the other hand, looks even more sporty, and more rugged at the same time. That watch comes with a built-in GPS, while you can also include a SIM card inside of this smartwatch, it has one nano SIM card slot (2G only, though). The watch also has support for a microSD card, in case you need more storage.

Much like its siblings, the G9 also comes with a number of sport modes, and it is IP67 certified for water and dust resistance. Heart rate sensor is included in the package, and the strap on this watch is also made out of silicone.

If you'd like to know more about either of these two smartwatches, we've included links to their official listings down below.

If you haven't heard of NO.1, it is a China-based company which manufactures wearables. The company had released quite a few smartwatches and fitness band to date, with various characteristics. The company is currently on the lookout for retailers, and partners, and if you want to reach them, you can do so via [email protected]