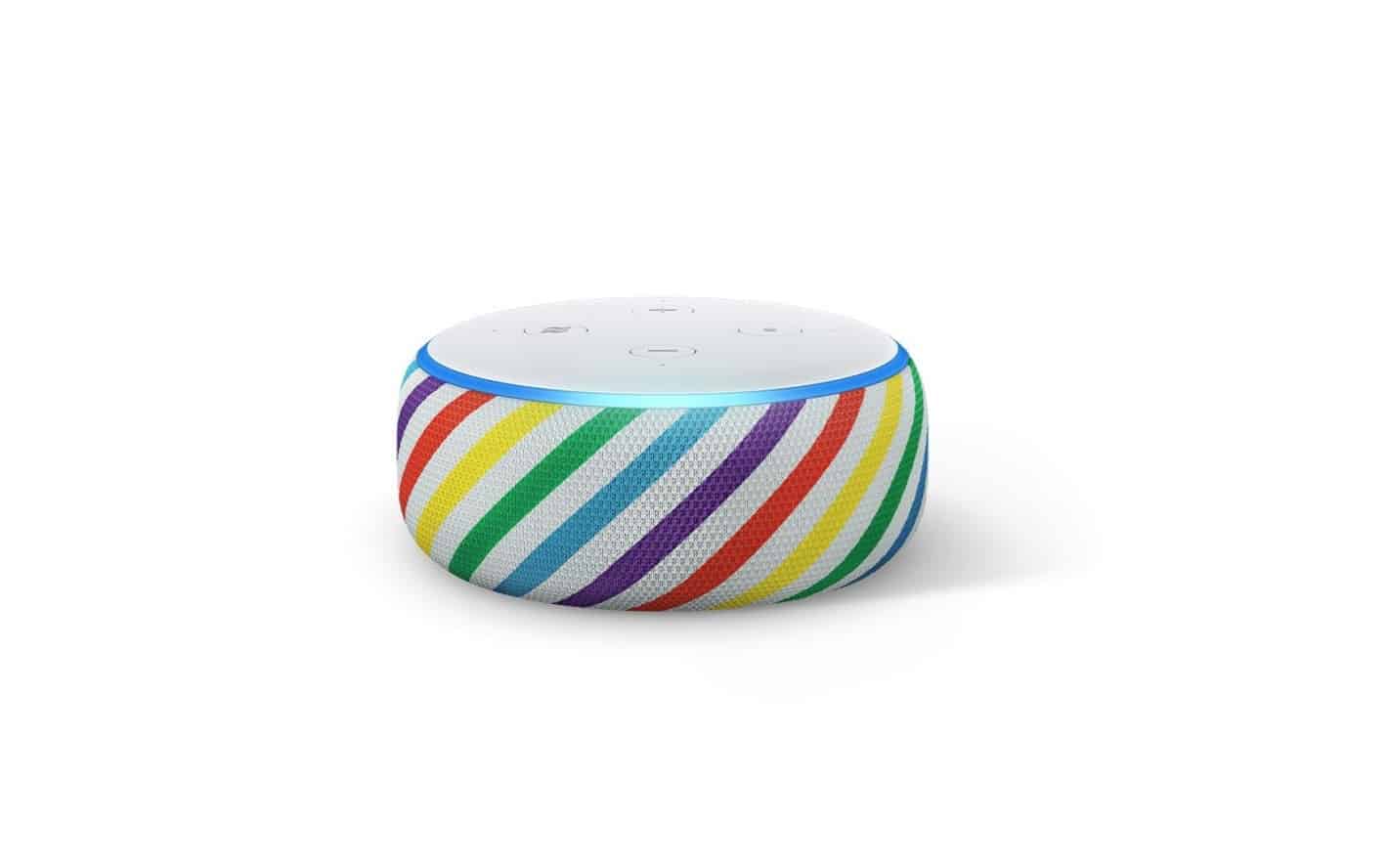 One of the changes that Amazon made to the kids-oriented smart speaker is the change from the colorful bumpers and plastic chassis used in the previous generation to the curved cloth covering in the second iteration of the product.

Another change that Amazon made to its product is the release of a rainbow-colored model of the device. However, for consumers who prefer more muted designs for their smart speakers, Amazon also released a Frost Blue variant of the product.

Aside from the changes on the external appearance of the device, there are also improvements made to the internals of the smart speaker, with Amazon improving the volume of the internal speaker of the product by as much as 70-percent.

Many of the features found in the first generation of the Echo Dot Kids Edition, which Amazon launched in April 2018, are still found in the newer version of the smart speaker. This smart speaker comes with skills designed for children, which include the ability to play music, tell stories, and call selected family members and friends. The retail giant developed some of these skills in collaboration with content creators like Disney and Nickelodeon. Alexa can also answer questions asked by children, set timers and alarms, and check the weather.

These features also include a year of access to Amazon FreeTime Unlimited, which gives subscribers access to more than 1,000 books from Audible, thousands of different songs, and family-friendly skills and games. After the one year of free access has passed, the subscription to Amazon FreeTime will automatically renew, and it will cost consumers $2.99 per month. However, users also have the option to terminate the subscription by contacting customer service or by proceeding to the Amazon Parent Dashboard.

For parents who fear that their children will gain access to explicit content, the smart speaker automatically filters songs from streaming services like Spotify, Amazon Music, Apple Music, and Pandora that contain offensive words. It also offers the ability to review the activities of children and set how much time can a child use the smart speaker.

One of the critical concerns of many users is the privacy of children, especially after reports emerging about the privacy issues related to Amazon Alexa. In the last few months, reports state that artificial intelligence engineers and experts have regular access to the conversations with Amazon Alexa.

To ease people’s concerns, Amazon offers multiple layers of protection and privacy controls to ensure that the conversations and other sensitive personal information of the user remain secure despite continued use of the smart speaker.

The Amazon Echo Dot Kid’s Edition will become available on June 26th and it will cost users $49.99 for both the rainbow and frost blue variants, which is $20 more expensive compared to the Echo Dot. However, for the higher cost, the Kid’s Edition of the smart speaker comes with numerous additional features and 2-year guarantee on the hardware.