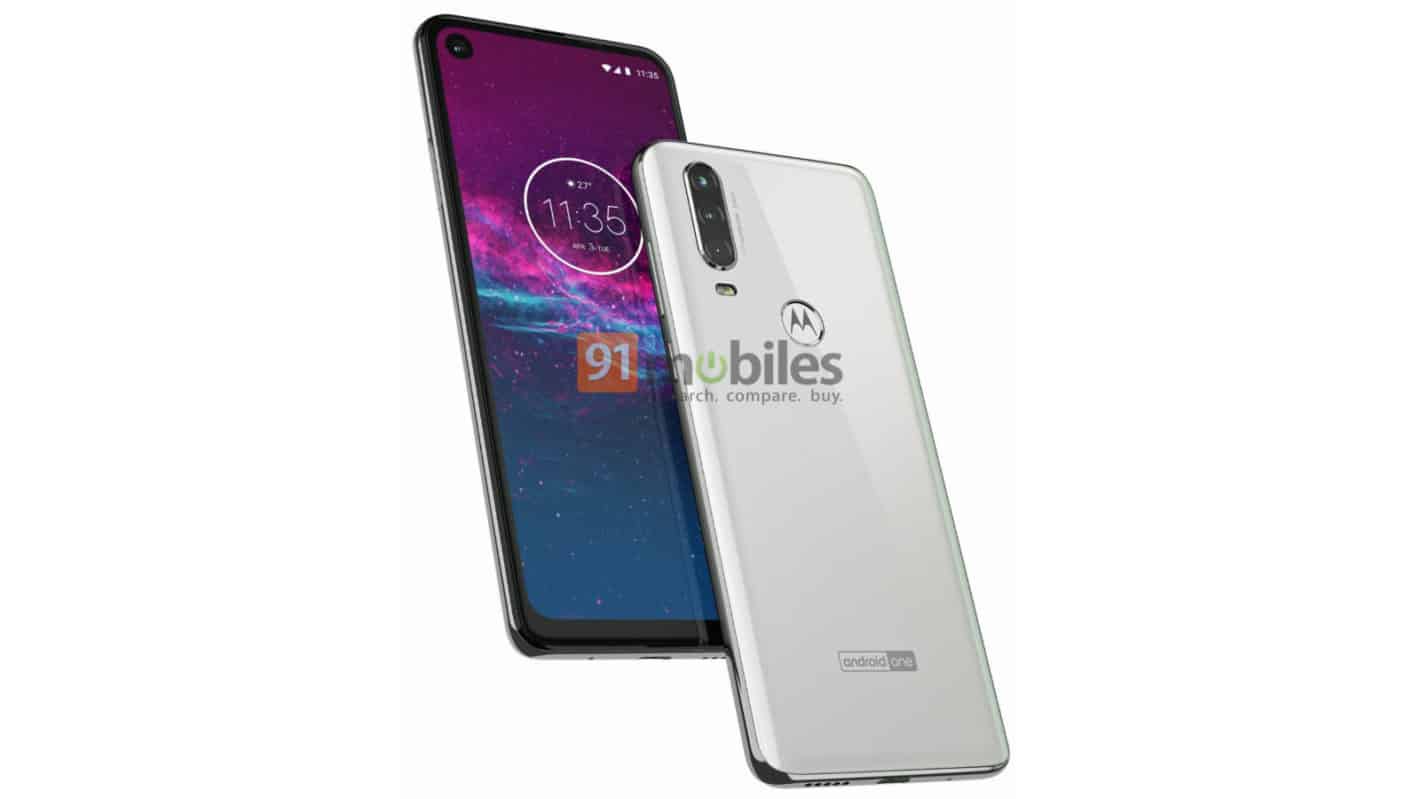 The Motorola One Action has been leaking left and right this week. To cap off this week full of leaks, we now have a render of the phone. Showing off the triple-camera on the back, and what seems to be a pretty large camera in the hole-punch display.

Looking at the render above, we can see that there is a triple camera setup, which is vertical like most phones these days. It does sport a 117-degree Action Camera, with the lens being pretty large at 2.0 um. What that means is that the lens is going to be able to let in more light, since the lens is much larger. This should give buyers better low-light performance. The other two cameras, are pretty unknown at this time. But it wouldn't be surprising to see a regular sensor and then a depth sensor on this one. Since this is a mid-range smartphone.

The front has a camera in the display, in the upper-left hand corner. It does look fairly large though, much larger than the cameras that Huawei and HONOR have used in its smartphones. Though it could be just that the screenshot that is on this smartphone is superimposed poorly. We'll have to wait until the phone is announced to see for sure.

Those bezels on the front are still pretty thick. Luckily, they are about the same width all the way around the phone. The chin is a bit larger, but it's not too large. It's mostly an all-screen smartphone, and for something that is going to be a mid-range smartphone, that's pretty good.

Earlier this week, the specs for the new Motorola One Action did also leak out. Those include a 6.3-inch display with a 2520×1080 resolution for Full HD+. It's going to be powered by the Samsung Exynos 9609 processor, with the Mali G72 GPU and either 3GB or 4GB of RAM. There will also be 32GB, 64GB and 128GB storage options, which will depend on the market, most likely. Inside, there will also be a pretty large 3500mAh capacity battery.

This is going to be part of the new One series from Motorola, which means that it will indeed be an Android One smartphone. That seems to be the route that Motorola is taking these days with its newer smartphones. That's going to mean, somewhat, faster updates. Of course, since this is running an Exynos chipset, updates still may take a while. But you're going to get a bloatware-free, stock Android experience, which is going to be really nice. Especially after seeing how much bloat that Samsung, LG and others put on their smartphones.

There's no set release date for the Motorola One Action just yet, but many are expecting it to be announced next month. It's also unclear whether it will land in the US. If it does, it'll likely be available as an unlocked smartphone at Amazon and Best Buy. I wouldn't put money on this going to any US carriers, unfortunately.