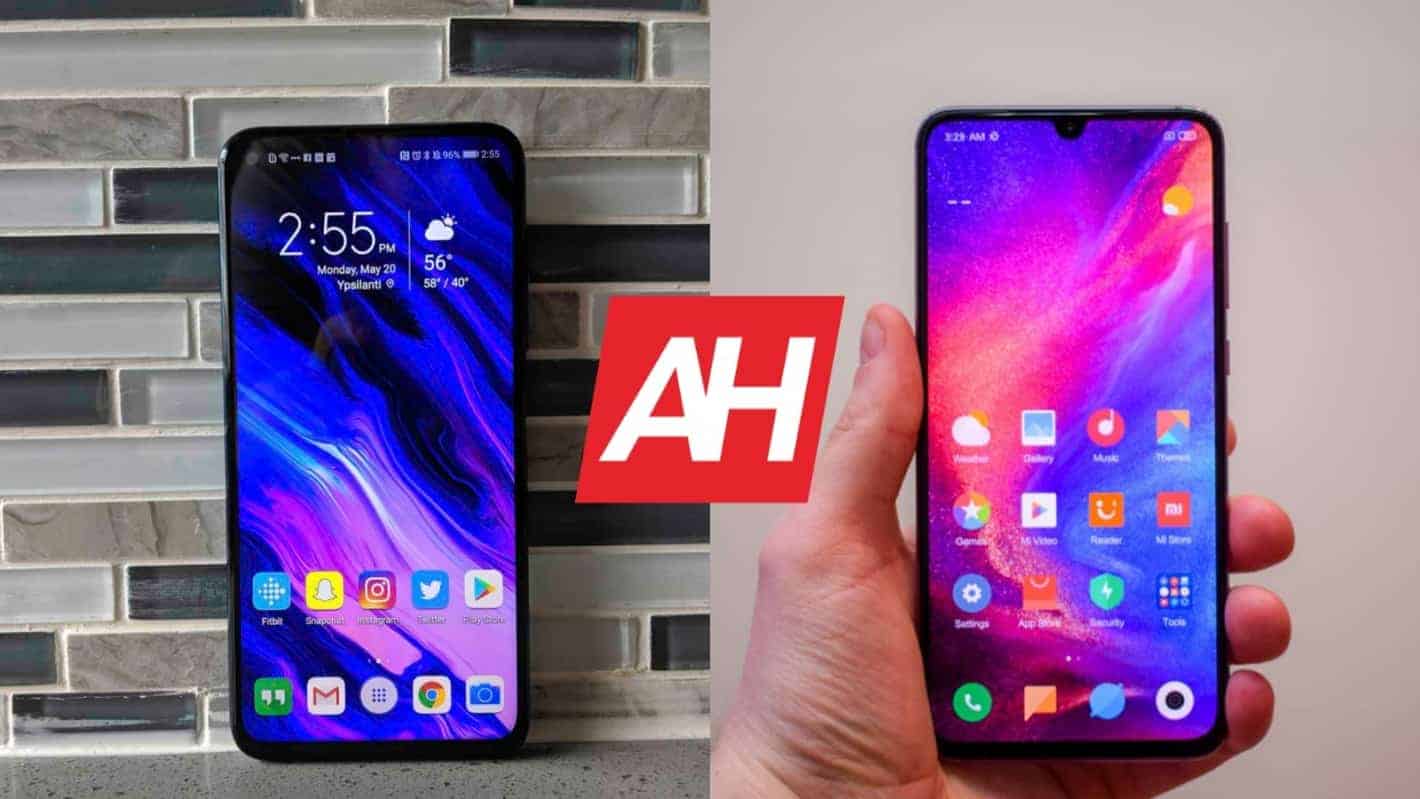 The HONOR 20 Pro and Xiaomi Mi 9 are the very best phones their respective companies have to offer at the moment. These two phones were both introduced this year, though the Xiaomi Mi 9 launched several months before the HONOR 20 Pro.

The two devices are somewhat similar in terms of looks, but on the inside they are quite different, not to mention that the in-hand feel is also somewhat different. Both devices are quite affordable, and if you're looking for an affordable flagship-grade phone, these two phones are solid choices.

Having said that, we're here to compare the two phones, and hopefully help you decide which one is right for you. Each of them has its positives and negatives, so we'll compare them across a number of categories, as per usual.

Both of these devices are made out of metal and glass, though curves are a bit more pronounced on the Xiaomi Mi 9. Due to that fact, the Mi 9 is a bit more slippery than the HONOR 20 Pro, though that goes for both devices, using a case may be a good idea if you have dry hands.

The HONOR 20 Pro and Xiaomi Mi 9 both have really thin bezels, and an extremely thin "chin" below the display. Xiaomi opted to go for a display notch in order to include a selfie camera on this phone, while HONOR opted for a display hole. Both of these are quite small, and it's really a matter of personal preference which ones bothers you less, as their placement is different.

On the back, the two phones actually look quite similar. Both of them have vertical camera setups in the top-left corner of the back side. The HONOR 20 Pro includes four cameras on the back, while the Xiaomi Mi 9 comes with three such units.

Truth be said, both of these phones look quite great, and in many ways, they're quite similar… so, the only question is, which design you prefer. Do you want a display notch or a display hole, do you want a smaller or larger phone, etc.

The Xiaomi Mi 9, unlike the HONOR 20 Pro, has an HDR10 certified display, and it is covered by the Gorilla Glass 6 protection. The HONOR 20 Pro includes screen protection as well, but we're still not sure what exactly.

The Xiaomi Mi 9's screen-to-body ratio is a bit higher, but they're quite comparable. In terms of display quality, well, they're both really good displays, but the Mi 9's panel looks better to us, and part of that probably has to do with the fact it's an OLED panel, and a well-optimized one at that.

The HONOR 20 Pro's display is not bad at all, and if you don't mind LCD displays, it'll serve you just fine. Both displays are bright enough, while they offer great viewing angles, and the colors are really good on both, though on the Mi 9 they're more pronounced.

So, is the performance any good on these two phones? The short answer is, yes, it's really good. The HONOR 20 Pro is fueled by the Kirin 980 and it comes with 8GB of RAM, while the Xiaomi Mi 9 ships with the Snapdragon 855 and 6GB / 8GB of RAM.

Both devices include Android 9 Pie from the get-go, though their Android overlays are considerably different in comparison. The HONOR 20 Pro includes Magic 2.1, while the Xiaomi 9 ships with MIUI 10.

Both of those are considerably different from stock Android, but both work really well. We barely noticed any stutters in their performance, and both skins are packed with features that you may or may not use.

If you prefer stock Android, none of these phones are for you, if you don't care, both of their Android overlays are quite good. That software, in combination with powerful hardware, really shines, and this is a tie in our eyes.

The HONOR 20 Pro comes with a 4,000mAh unit, while the Xiaomi Mi 9 packs in a 3,300mAh battery. Not only does it have a considerably larger battery pack, but it also comes with a smaller display, while EMUI is actually well-optimized for battery consumption, so it's not surprising that the phone is able to provide great battery life.

The Xiaomi Mi 9 wins the charging section, but battery life is our calling card when it comes to this category, so we'll give this one to the HONOR 20 Pro, as it has more to offer in that regard.

These two phones are both quite capable when it comes to smartphone photography, but the HONOR 20 Pro has the upper hand. Both have telephoto and ultrawide cameras, while the HONOR 20 Pro also comes with a dedicated macro camera.

Both devices come with a 48-megapixel main camera, with Sony's IMX586 sensor. The HONOR 20 Pro does have a wider aperture, and in addition to the phone's software, it makes this phone really capable in low light. The HONOR 20 Pro is capable of producing sharper, and less noisy images in low light conditions, while it allows more light into an image in the process, especially if you utilize the night mode option.

The HONOR 20 Pro and Xiaomi Mi 9 are quite capable when there's plenty of light around, as they can really capture a lot of detail, and both phones do a great job balancing images. Their front-facing cameras are okay, nothing ground-breaking, though we'd give a slight advantage to the HONOR 20 Pro in this regard as well.

Neither of these two devices are great in the audio department, at least as far as audio without headphones is concerned. They both feature a single, bottom-facing speaker, which is okay in both instances, but not great.

Neither of the two phones have a 3.5mm headphone jack either, so you'll be forced to use a dongle for wired audio. When you do plug your headphones in, the HONOR 20 Pro can provide you with richer, and more balanced output, though the Mi 9 is not bad in this regard, it's just not as good as the HONOR 20 Pro.

The Xiaomi Mi 9 took the lead in this comparison, but the HONOR 20 Pro managed to turn things around by the end of it. The HONOR 20 Pro is a more capable smartphone in the camera department, while it is also the phone you should choose if you want great battery life and good sound output.

The Xiaomi Mi 9 does have a noticeably better display, though, while some of you may prefer this phone when it comes to the design. The bottom line is, both of them are quite affordable, and both have a lot to offer.