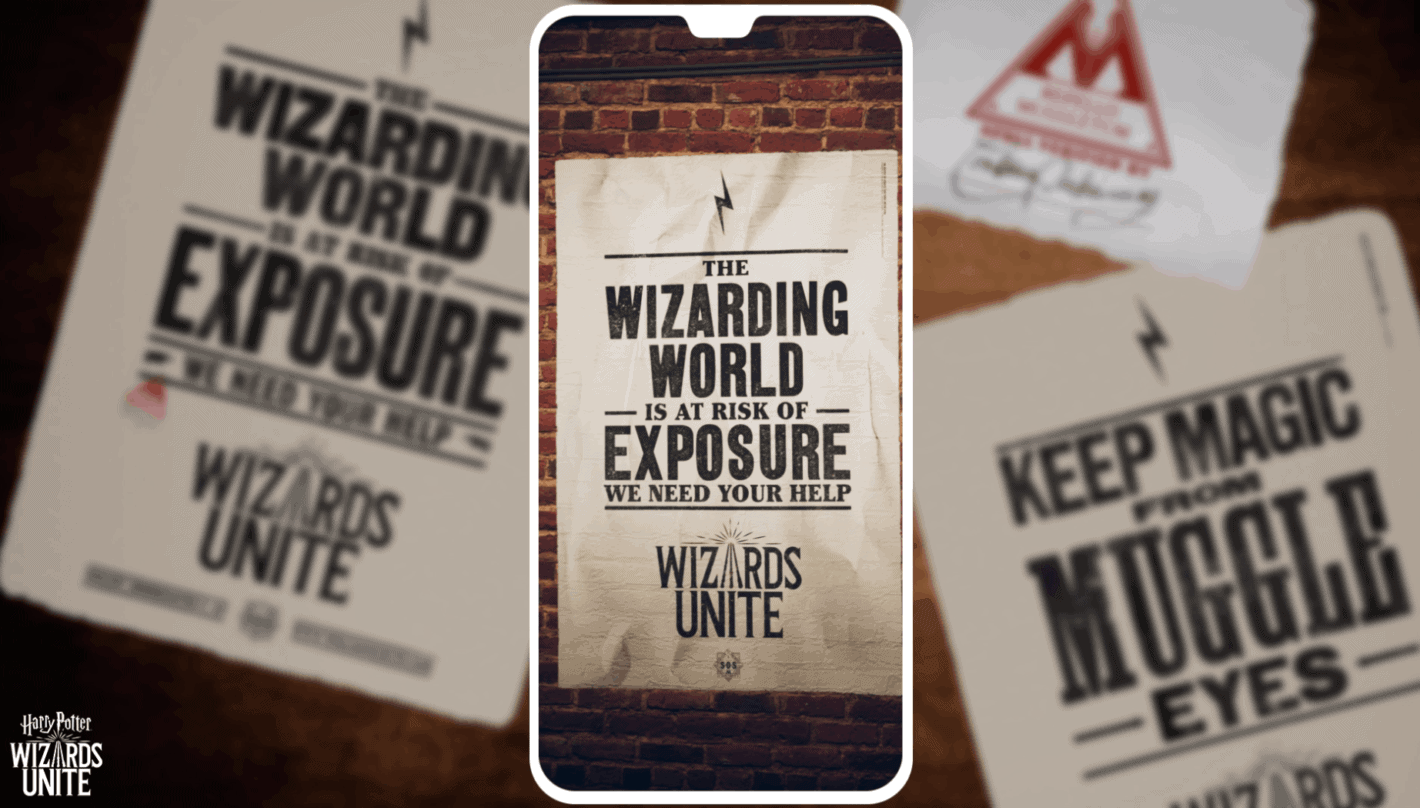 While the popularity of Pokémon GO continues to capture the hearts and minds of kids and adults across the globe, Niantic's latest augmented reality is looking for eager wizards who can help use their magic skills and spells to put things back in order. Harry Potter: Wizards Unite has officially released a day early and that means you can get your hands on it right now.

Though the game is certainly a lot like Pokémon GO and it does feature the same maps and technology, it's unique enough that it should grab the attention of any Harry Potter fan even if they have played Niantic's other games, and there are enough magic spells to impress even the most talented of wizards.

Instead of finding and catching different Pokémon, your job as a wizard is to find and overpower things in the game called Foundables, which will be any number of characters or creatures from the Harry Potter universe.

One of the first Foundables you'll come across for instance will be a web that has trapped Hagrid, and you'll need to cast a spell to get rid of it, and in doing so you end up collecting Hagrid and he'll be placed in your registry. Some of these Foundables will need to be encountered more than once to complete one whole collection, so keep that in mind as you walk around and explore.

One cool aspect of these little battle sequences is that you trace your finger on the screen to cast a spell, so if you're particularly fond of the magic in the books and the films this should be a delightful feature.

To make things personal you can customize your character and come up with your own name, and even take a photo of yourself to use as your ministry photo with more than a few options for overlayed graphics like glasses, Harry Potter's lightning bolt scar and more. You can even choose which house you want to belong to, choosing from Gryffindor, Slytherin, Hufflepuff, or Ravenclaw.

Other parts of the game you'll need to unlock, like listing your profession in your Ministry ID which won't open up until you hit level 6, or Portkey Portmanteaus which are kind of like the Pokéballs as you'll have to actually unlock them, which you do by walking a certain distance.

Overall the game is very similar to Pokémon GO so while that might drop the interest for some if they're not really into Harry Potter, those that are fans of the series will find the game easy to jump into and easy to play. As an added bonus, if you play Pokémon GO and are considering playing this as well, you can simply swap back and forth between the two as you'll already be out playing.

You might also find that there are more tasks for you to complete and perhaps a little bit more of a storyline to follow which is sure to keep some people more engaged. If you're thinking about picking the game up and giving it a try, it's live in the Play Store now.