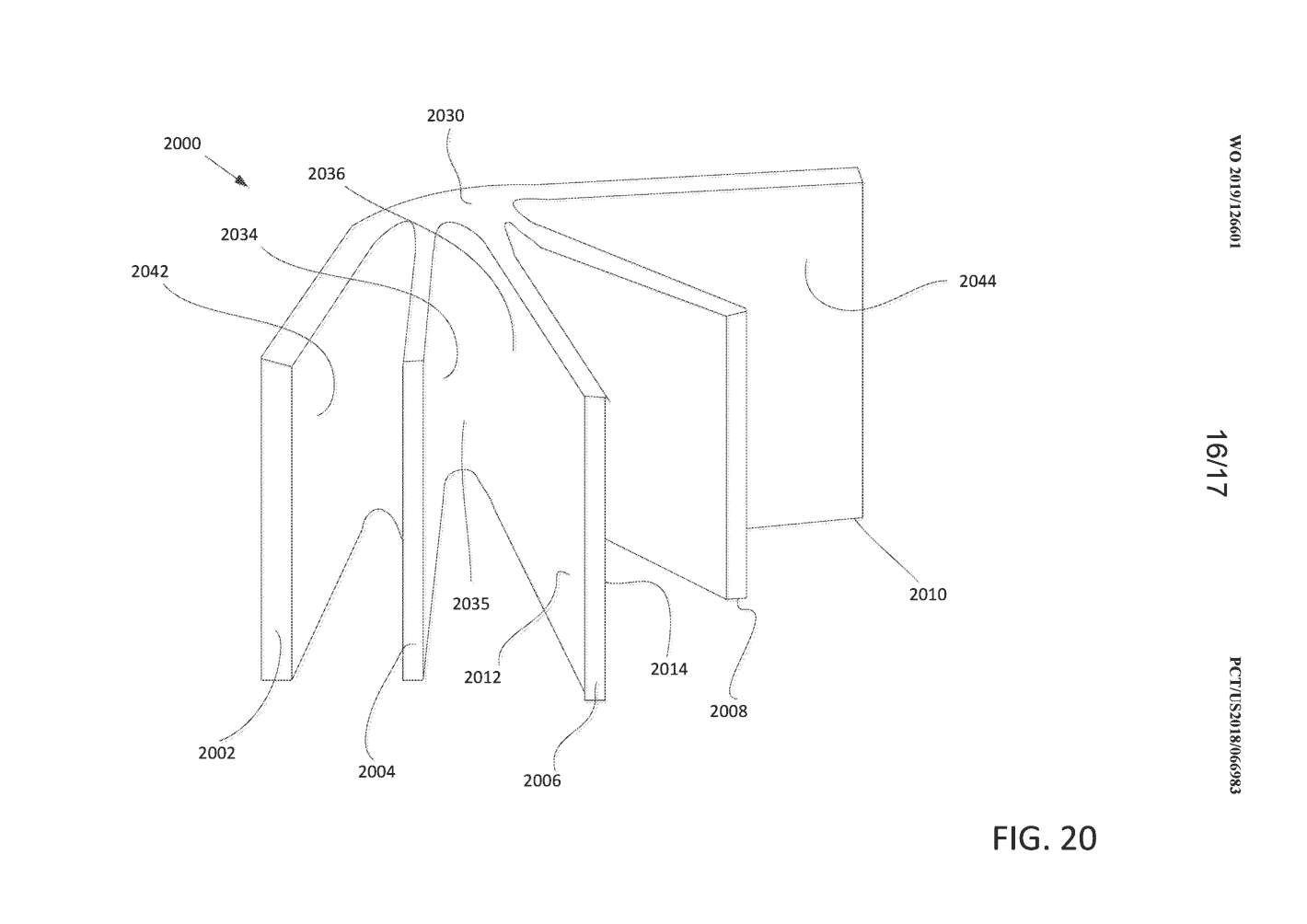 A foldable smartphone with multiple pages of displays? That seems to be the vision of the device that Google had in mind when it filed this patent, which was just published today, June 27, at the World Intellectual Property Organization. The book-style phone could be opened and closed just like Samsung’s Galaxy Fold, but would beef things up by adding in extra displays that look and act as pages just like in a traditional print book.

Based on the drawings in the patent the design would piece together multiple foldable display panels with each one acting as two pages (the left and right pages) with the next panel acting as the next set of pages in the book.

The patent describes the design as having these panels on the inside much like the book-style design shown but also states that it could be worked to have the panel on the outside of the device as well, or that the panels on the inside could be lessened or increased to fit any number, meaning it could have more or less than what’s shown in the drawings.

The “spine” of the book-like device is where Google envisions holding the hardware that would otherwise be housed in the back of a normal smartphone, such as the battery, the hard drive, the RAM and other things that would be required to make the device function.

The panels would be flexible OLED screens, and would allow for the user to scroll through pages when the panels were opened and extended (laid flat) so as to make it easier to go through content that would be shown on the screen. The patent also describes the ability for content to begin on one screen and continue on the next panel after you flip the page.

It’s not clear if Google actually has any plans to create such a device or if it would serve a practical purpose. A device with multiple foldable displays would be exceedingly thick and wouldn’t likely have any real practical use for consumers considering the state of smartphones being as thin as they can be.

That said Google is no stranger to creating devices that would be better suited for educational or even business purposes. Google Glass is a good example of a device that started with a dream of being available for consumers, but has since moved on to only being a relevant product for Enterprise.

A book-style phone with multiple foldable displays that could be flipped like pages could be something great for the education or enterprise industries, and of course it’s possible that this is just a design that someone at Google dreamt up because it was unique and there is really nothing else like it, which could mean Google has no plans at all to actually produce something of this nature.

Google earlier this year admitted to having had plans for a foldable smartphone before, noting that it had worked on a foldable Pixel phone but didn’t see the benefit of such a device being produced and offered to consumers.