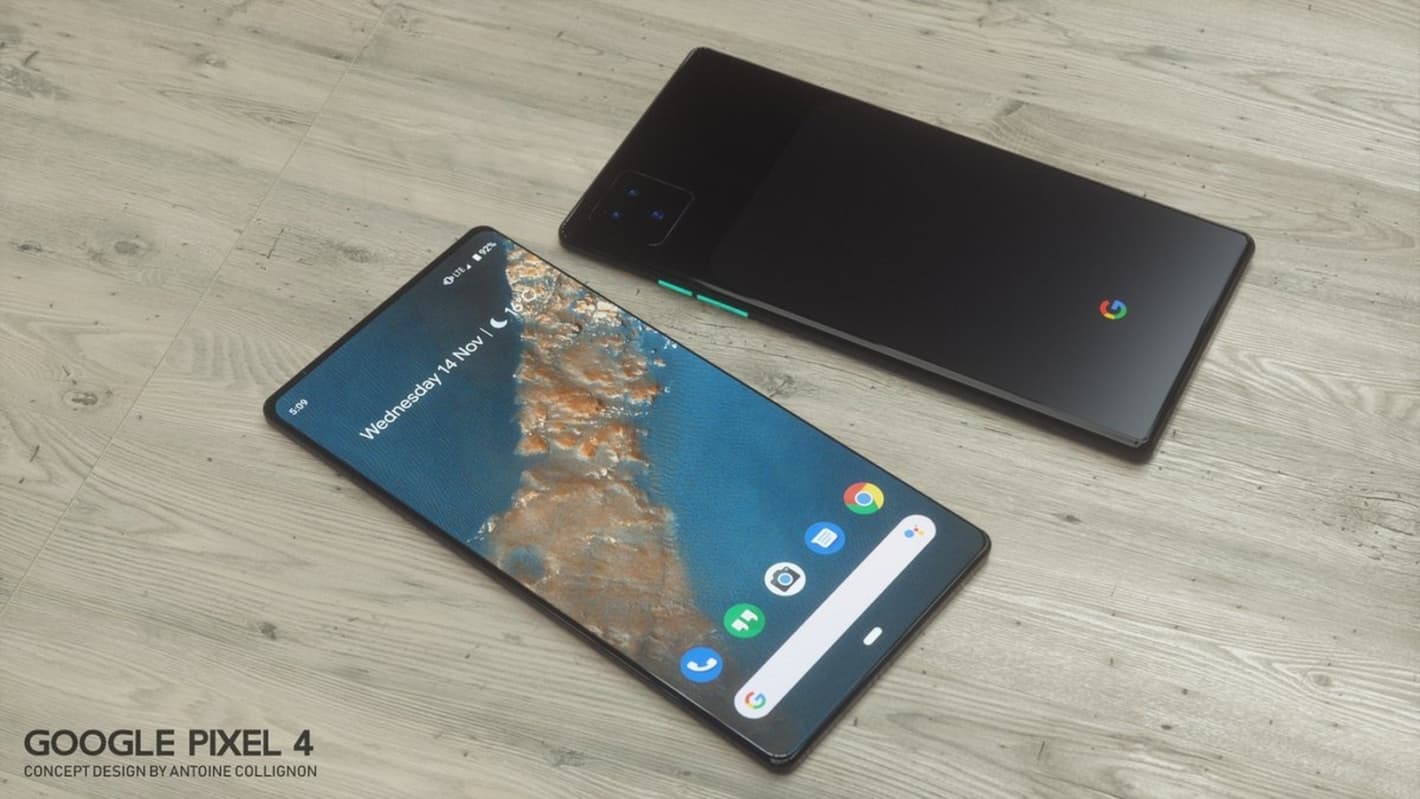 The Google Pixel 4 series devices are amongst the most anticipated phones of the year, at least amongst tech enthusiasts. We’ve seen quite a few rumors regarding the two phones, including a leak or two, and now the Pixel 4 appeared in a concept form.

In the gallery down below, you will find four images which have been shared by Evan Blass (@evleaks), a well-known tipster, and created by Antoine Collignon (@omegear). The source notes that these renders have been created based on recent case leaks, but take them with a grain of salt, as these are only concept renders, not actual design leaks.

That being said, this Pixel 4 concept looks stunning, it truly does. Bezels are almost non-existent, and the overall design can be described as “boxy”. These concept renders actually placed the camera next to an earpiece, above the display, as the top bezel is a bit thicker than the side ones, but only barely.

This may seem impossible at first, but Meizu actually did something similar with the Meizu 16s recently. The company managed to squeeze in a front-facing camera next to an earpiece and still keep the top bezel incredibly thin, so it’s definitely not out of the question that Google may do something similar.

All the physical keys are included on the right-hand side of this phone, the volume up, volume down, and power / lock buttons. The device’s back side is curved on the sides, and Google’s logo is placed on the back as well, and it’s colorful here, and it pops more than it did on the Pixel 3 series.

This design may be overly optimistic, but on the other hand, it’s not out of the question, as it does resemble some leaks we have seen already, and it’s technically possible to achieve, at least something similar to it.

A recent leak suggested that the Pixel 4 will have a spectral sensor on the back, and five front-facing imaging units. The Pixel 4 also leaked a couple of days ago, in form of renders, and the source of those renders said that the images are based on CAD renders. Those renders were quite dark, and we couldn’t really see how thick the bezels are, but it seems like the design itself is a bit different to what we’re seeing here, and that the bezels are also a bit thicker.

The Google Pixel 3 XL had a huge display notch which was more or less universally disliked, so Google is probably trying to find a way not to include a notch at all on the Pixel 4 series. The company is rumored to stay away from pop-up cameras, and display camera holes as well, so the solution with extremely thin bezels while keeping the front-facing camera(s) above the display may be a way to go.

The Google Pixel 4 and Pixel 4 XL are expected to arrive in the fourth quarter of this year. The Pixel 3 and Pixel 3 XL launched back in October last year, so it’s possible that the company will release their successors in October 2019, if not a bit sooner.