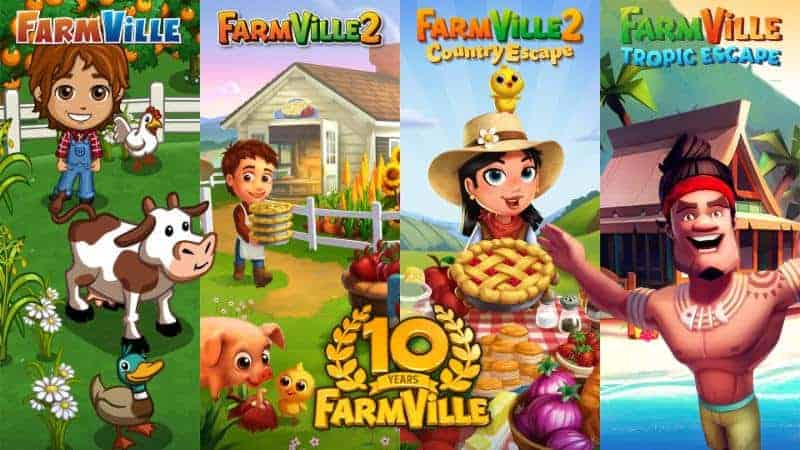 Has it really been ten years? That's the question the folks over at Zynga have likely been asking themselves recently as it approached the decade-long milestone since Farmville launched. That milestone has now been reached, and Zynga is celebrating by adding Trisha Yearwood's likeness to a character inside of Farmville 2: Country Escape. This means anyone who plays Country Escape will be able to interact with Trisha Yearwood's character likeness.

To top things off the game is also getting a musical track added from Yearwood's new album. The single, called Every Girl in This Town, will be the track players will be able to listen to. According to Yearwood, the collaboration made sense as she herself claims to play Farmville and she admires the game for using women for most of the central characters that players interact with, which evokes a sense of accomplishment and sends a message that women are able to succeed no matter the area or industry.

Yearwood's likeness is not yet available in the game but it will be added in at some point in the coming months. The celebration that Zynga is holding for Farmville's 10-year anniversary is a multi-month deal which means there will be more than a few events taking place inside of the games in the Farmville library during this time period, so there is plenty of time to add everything to Country Escape before the celebration is over.

When Yearwood's character likeness is finally in the game she'll help players through various tasks on the farm and the new single will play as the theme music for those interactions, which could be a nice change of pace from the original background music that players are used to hearing in every other aspect of the gameplay.

The Farmville franchise is perhaps one of the most popular and iconic games series in the genre that it sits in, and includes Farmville, Farmville 2, Farmville 2: Country Escape, and Farmville Tropic Escape. Zynga is also working on an entirely new Farmville title for mobile devices that players will be able to look forward to in the future.

At the moment Zynga hasn't mentioned a release date time frame for this new game but it has shared a couple of key details that are probably aimed at getting fans of the franchise excited. According to the company, this new Farmville game for mobile will bring new characters to the game series and add in some sort of twist to the experience that players have not yet seen from the other games in the franchise.

What those experiences could be is anyone's guess, but it will no doubt grab the attention of long-time Farmville players.

Farmville 2: Country Escape, along with all three of the other Farmville games in the series are available on Android mobile devices and are free-to-play games, which means they can be installed for free and played without you having to spend a dime. They do however offer micro-transactions for numerous things so it's important to keep in mind that those purchases are there, even if completely optional.