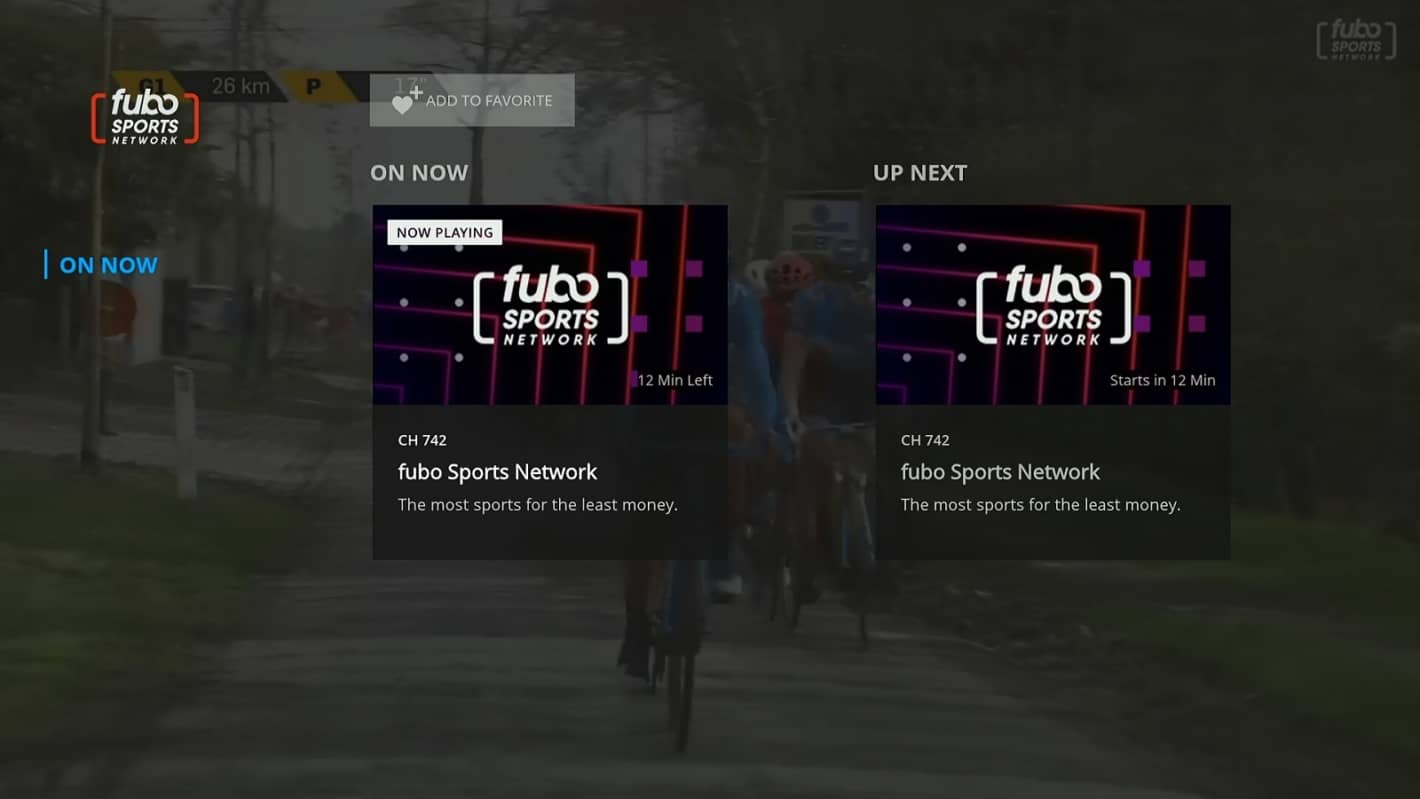 It had previously been disclosed that fuboTV was planning to launch a new free streaming service and firm details on the service have now come to light. What fubo has technically done is launch its own network.

The "fubo Sports Network" launched today and is now live. This is a free service for sports fans that relies on an ad-supported format for revenue.

As this is a network in the traditional sense, it is not one that's resigned to the company's own live TV streaming service. In fact, it seems much of the play here is to expose sports fans to the fubu brand via other streaming services.

Obviously, the network will also be available via fuboTV but that is simply par for the course when it comes to content distributors who also own a network or channel, but the goal here seems to be to serve brand-associated content to sports fans outside of the fuboTV walls.

Although the service is now live, it has only launched in a soft capacity and therefore there are slim pickings when it comes to the options to start watching. For example, the fubo Sports Network has so far only become available through Xumo – this in itself is further evident of the goal to widen brand recognition considering the network is launching via another distributor before fuboTV.

With this being a free service, however, the use of Xumo is a smart opening play as this is a streaming service that specializes entirely in free, ad-supported content.

It is expected additional access points will become available in the coming months through other services.

For those looking to get started with the fubo Sports Network, the good news is Xumo is a widely available service. In fact, Xumo just recently expanded access to its service through the release of a dedicated Android TV app. Therefore, Android TV users, regardless of whether they are fuboTV subscribers or not can now take advantage of the new and free sports network by simply downloading the Xumo app to their Android TV device.

The same is true for Android mobile users by downloading the corresponding smartphone version of the Xumo app.

It should be pointed out though, that this is unlikely to be a major sports improvement to a viewer's channel lineup. At least not at first. Considering this is a free service and that fuboTV prides itself on its paid-for sports access, the quality and depth of programming is unlikely to be that great or in demand. This is particularly true during this opening chapter.

It is expected the service will mostly rely on low-key content as well as repeats. Although the end goal is to also produce and release exclusive content for the network.

In either case, and in spite of the suggestion some live sports will be available, this is not going to be a service which is comparable to the more well-known and paid-for sports streaming services, or even the lighter ones, such as ESPN+.

Instead, it will likely assume the role of a complementary service that allows sports fans to get access to a little more sports action than they might otherwise have.