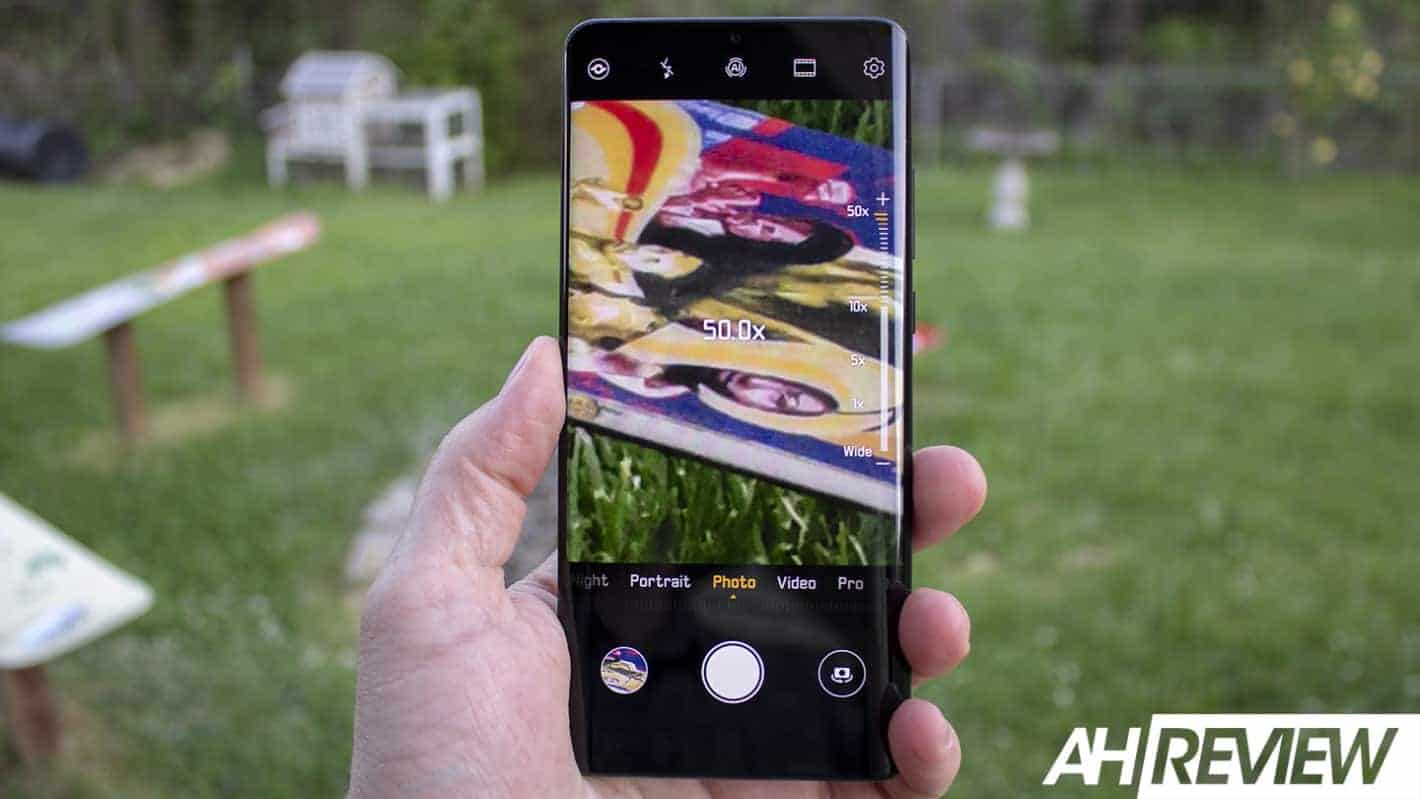 Huawei's new P30 Pro, announced on March 26, 2019, features a "Moon Mode" that is said to capture the full moon in all its glory, but a Chinese tech columnist disagrees and says that Huawei is pre-painting details onto the moon photos such that it's supplying details users cannot capture manually.

Peng Lin, Founder and Columnist over at Chinese technology review site FView, says that he has tested out the P30 Pro's 50x zoom capabilities and there's no way the moon can be photographed as beautifully as Huawei's moon photos appear. "It is impossible for these details, added using the phone's algorithm, to be captured under the model's original image-taking capacities, yet Huawei has attributed all the nice visual effects of the Moon images to P30 Pro's 50x zoom capabilities," Lin said.

The story sounds fascinating enough that a little research was done to uncover exactly how the P30 Pro's camera performs — and whether or not the moon photos are authentic and from the user and not some pre-painted photo filter or AI photography job. To get to the bottom of Lin's accusation and Huawei's innocence or guilt, a few pieces of evidence are necessary.

First, there's the evidence that the Moon Mode of the P30 Pro is not native to Huawei; in fact, the Moon Mode is not even native to smartphones (that is, no smartphone OEM is credited with creating a Moon Mode out of thin air). In fact, Moon Mode exists on some DSLR cameras such as the Nikon Coolpix P1000, announced on September 6, 2018. So Huawei has basically taken a feature from Nikon's software and given the label to their own AI mode to create the impression that the P30 Pro is "DSLR-like." But there are more interesting connections between DSLR cameras and the P30 Pro.

The P30 Pro has what Huawei calls a "Leica quad camera" on its back cover containing the following lenses: a 20MP Ultra Wide lens with f/2.2 aperture, a 40MP SuperSpectrum lens with f/1.6, and an 8MP telephoto periscope superzoom lens with f/3.4 aperture and 5X zoom. Sure, there are two superzoom lenses, these lenses being a feature of DSLR cameras up until now.

To be sure, there are more megapixels on Huawei's quad-camera setup than can be found on some popular DSLRs such as the Canon EOS 80D with its 24.2MP camera sensor. But, as the saying goes, more megapixels does not translate to better photo quality. Even with these extra megapixels, manual photos in the P30 Pro's Moon Mode (taken manually) are still blurry and hazy, lacking sharp detail. There's a reason the Canon and Nikon cameras are DSLR and cost more: they actually do more and do it manually, no AI software needed.

It's easy to believe that the two superzoom lenses explain why the P30 Pro can zoom in on large buildings from miles away. Reviewer after reviewer of the smartphone demonstrates how easy it is to see the Eiffel Tower at a distance, for example, such that some incredible details are captured. In the P30 Pro's 50x digital zoom, objects that aren't even legible at a distance can be read: signs, labels, store names, etc. There's no doubt that zoom is a powerful thing for a powerful camera, but zoom isn't enough to achieve the quality of photos Huawei says one can capture. It's also easy to believe 50x zoom can achieve excellent results for buildings miles away; it's another thing entirely to believe that one can capture the moon in the quality Huawei claims when the moon is much further away than a few miles.

The real kicker in all this is that anyone can see how Huawei achieves the Moon Mode results it claims it does: artificial intelligence, or AI, is to blame. Anyone can visit Huawei's support page titled "Use Moon Mode To Take Photos of the Moon" says that one can take photos in Moon Mode, apart from manually, if "Master AI is enabled." What is "Master AI?" Well, this is Huawei's take on photography with software that is only known to Huawei. What Huawei does with Master AI to "optimize" your moon photos is a matter of mystery.

What can be known, however, is that artificial intelligence is "artificial" for a reason, and it does all sorts of things that OEMs do not explain in detail because, were they to explain those details, perhaps some of the trickery behind it all would be exposed and ridiculed. Nowadays, OEMs can just say "AI camera mode" or "AI camera software" and get away with anything.

Last but not least, Huawei's reputation hasn't been the most ethical when it comes to the company's fascination with DSLR cameras. Huawei claimed great DSLR quality from its P9 smartphone back in 2016, but sources uncovered the so-called P9 photo was really taken on a Canon 5D Mark III DSLR, a $4,500 DSLR camera with a $2,100 lens. Last year, Huawei claimed its Nova 3 selfies were of the DSLR kind, only to have the photo in its commercial uncovered as another DSLR photo.

Whenever Huawei has tried to sell its phones, it's always tried to make them comparable to DSLRs. There's nothing wrong with wanting your smartphone to be thought of as a DSLR replacement; the error comes in when you attempt to pass off smartphone capabilities as something they aren't.

Huawei hasn't been the most ethical on the marketing front with its smartphones regarding DSLR quality, so it's hard to believe the Moon Mode is anything other than an AI trick that looks cool. Huawei's mention of a "self-developed algorithm" conceals many of the details behind how Huawei achieves what it does in smartphone photography.

In short, it's easy to understand why the tech columnist is upset. Huawei does need to become more transparent in its explanation behind how its $900+ smartphone can achieve something that DSLRs costing in the thousands of dollars can achieve.