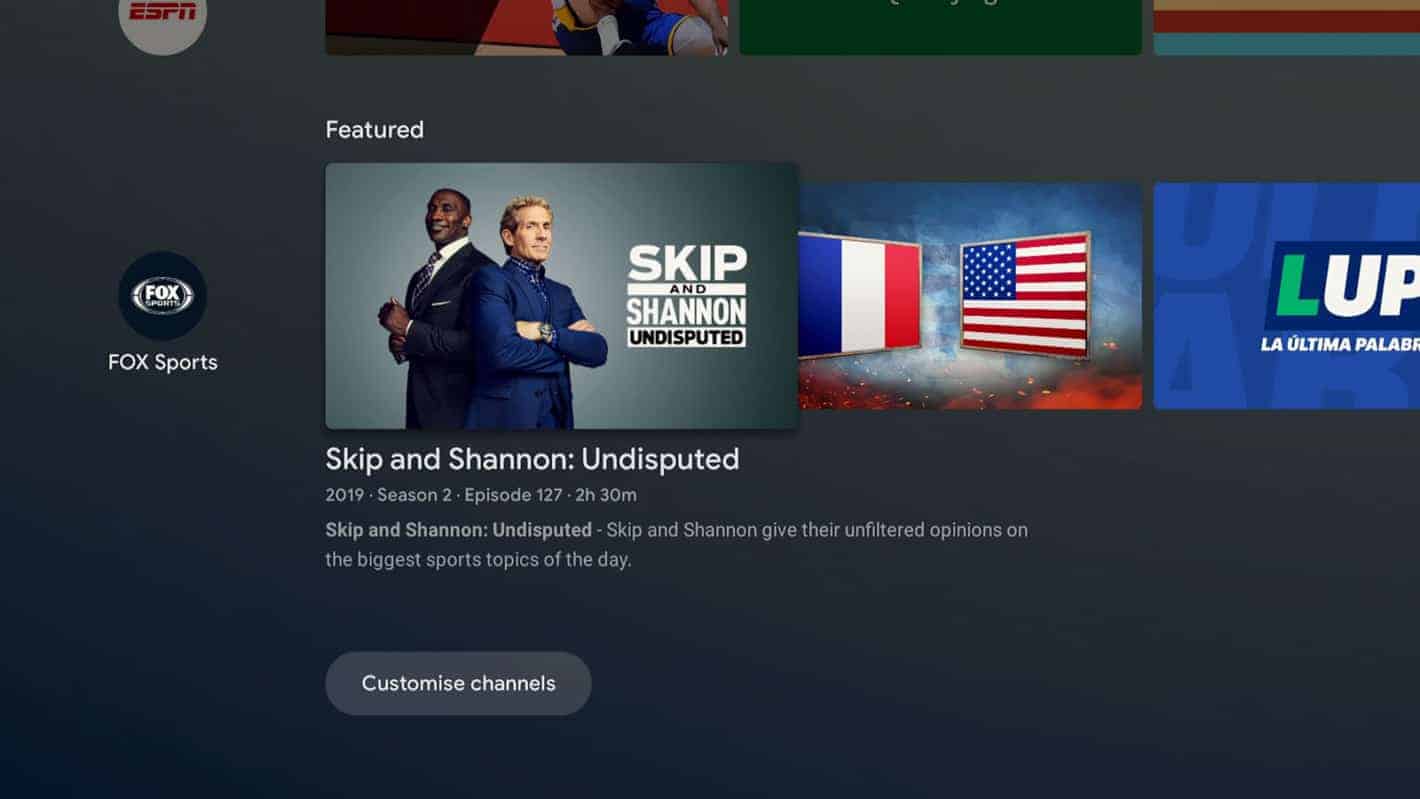 Sports is still one of the biggest plays when it comes to live TV. After all, while TV shows might be broadcast for the first time, at a certain time, that's not quite the same live you get with sports events. This is especially true if you want the full experience of the ups and downs of a game as it pans out in real time.

Due to the difference between live on a channel and actual live content, sports should be one of the main aspects to take into consideration when looking to choose the right streaming service for you. That is, as long as you are interested in sports to begin with.

Providing you are a sports fan then there's no shortage of streaming services to choose from. All of the major live TV streaming service provide access to some live sports content although this is typically through the inclusion of FOX Sports, NBCSN, and ESPN. In addition to access to local sports through local channels.

However, fuboTV is on a completely different level when it comes to sports. fuboTV caters extremely well to fans of soccer (domestic and international, US and European) as well as the MLB, NFL, NBA, and more, with access to more sports-related channels than you can shake a stick at. For example, channels included in the baseline plan that broadcast sports content consist of beIN Sports, Big Ten Network, CBS Sports Network, Eleven Sports, FOX Sports 1, FOX Sports 2, FOX Soccer Plus, Golf Channel, NBA TV, NBCSN, NFL Network, Olympic Channel, Pac-12 Network, and Univision Deportes Network.

This is all, of course, in addition to local sports that are broadcast by CBS, FOX and NBC.

If that's not enough sports for you then you also have the option of adding various add-ons that up the sports-focus even more, including add-ons for "Cycling," "International Sports Plus," "Sports Plus" and "NBA League Pass."

It's not just the content either that fuboTV places a sports spin on, as a lot of the additional interface features are also aimed at sports fans. Take the three-day replay feature as an example. As the name suggests, this feature lets you watch "nearly any game" up to 72 hours after it was first broadcast.

Yes, you could simply DVR the game (fuboTV also offers DVR functionality) to begin with, but this feature has you covered during those times when you forget to record a game. Equally, it also means you won't have to worry about your precious DVR quota filling up too quickly or having to pay more to expand the DVR allotment any further.

fuboTV has also been upping the amount of 4K live sporting events on offer and this is only expected to increase as times goes, making it one of the better streaming options for those looking for the most comprehensive sports playback in 4K.

Arguably, the one downside of fuboTV from the sports perspective is ESPN. This is not included in the baseline fuboTV plan and is also unavailable through any of the paid-for add-ons. This seems to be an effect of Disney as fuboTV is missing Disney channels in general so it remains unclear as to whether ESPN will become available through fuboTV in the near or long-term future.

If ESPN is a must-have for you, then you might be better off going elsewhere or seeing if the standalone ESPN+ service (priced at $4.99 per month) is enough for your ESPN needs. ESPN+ is not a like-for-like replacement for the standard ESPN, but it does provide a fair amount of content as well as access to some live games. If it is enough, then at just $5 per months it would complement the main fuboTV package nicely.

Moving passed the sports for a moment, and fuboTV does also offer a rich enough entertainment and news selection so those new to the service should not be thinking of fuboTV as just a sports streaming service. Yes, that may have been the case before and what the service is primarily known for, but fuboTV has gradually been expanded its channel lineup over time and now offers a good selection of channels and content to suit just about all tastes. Most recently, it was confirmed a number of Discovery channels had joined the fuboTV ranks.

To sum up, if you are looking for a decent all-round live TV service which also happens to lean more heavily on sports, then fuboTV is likely to be the best bet overall.