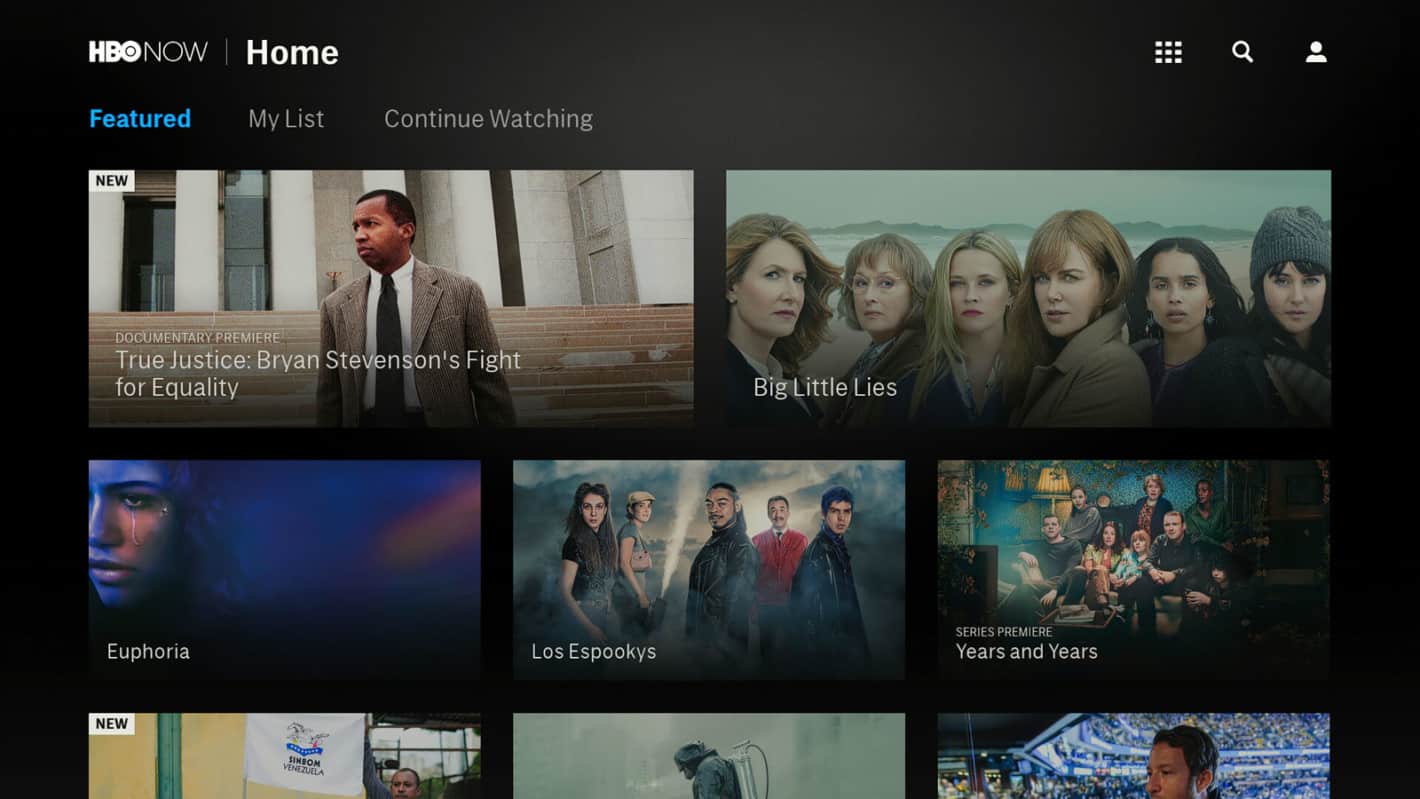 A number of consumers might only be subscribing to HBO when the latest season of Game of Thrones or Westworld is available and if that’s you, then this category does not apply to you. However, HBO does have a lot of long-term subscribers and those users are paying anywhere up to $15 per month for access and those users almost certainly should be checking out DIRECTV NOW.

Although DIRECTV NOW did recently increased the price of its plans, while decreasing the number of channels provided with those plans, the service did decide to bundle HBO in with the new plans at no extra cost.

For example, the entry-level DIRECTV NOW plan comes in at $50 per month and as that now includes HBO, it effectively brings the price of the live TV service down to just $35 per month. For that price DIRECTV NOW is a solid option.

AT&T is able to do this as it now owns HBO following its acquisition of Time Warner. In fact, its redesign of the DIRECTV NOW plans followed a similar route with DIRECTV NOW looking to populate its plans with channels it owns, and cutting out many of the channels it has to pay for.

As a result, and although you are getting a lower number of channels compared to other live TV streaming services, and even compared to the old DIRECTV NOW plans, the price you pay for HBO separately is now an instant saving.

Sling TV is another possibility as the service’s plans start from just $25 per month so when factoring in the additional $15 per month, Sling TV is a great option for just $40 per month when coupled with HBO.

However, this will depend on whether either of Sling TV’s baseline plans are enough to satisfy your viewing needs. For example, sports fans will find that one Sling TV package offers access to ESPN while a different one offers access to FOX Sports and NBCSN.

Of course, Sling TV does offer a combined “Orange + Blue” plan which provides access to all the channels but that one sees the price rise to $40 per month before you then factor in the extra $15 for HBO.

In contrast, DIRECTV NOW’s “Plus” plan which comes in at $50 per month includes access to ESPN, FOX Sports, NBCSN, as well as HBO. For those sports customers, the DIRECTV NOW plan is $5 cheaper overall. The same might be the case for those more interested in entertainment content as Sling TV does not offer access to some major channels, such as CBS – DIRECTV NOW’s $50 plan does.

In this case, those users could opt to go the route of Sling TV ($25 per month) with CBS All Access (minimum $5.99 per month) and HBO ($15 per month) which would come in slightly cheaper than DIRECTV NOW’s $50 plan. This would also provide the user with full access to the CBS exclusives, but it might only be worthwhile if the rest of the entertainment with the Sling TV package is sufficient enough.

Arguably sports fan could also use this route by going for the Sling Blue plan that includes FOX Sports and NBCSN), HBO and paying separately for ESPN+ ($4.99 per month), although they’re not going to get the same ESPN experience they would through the main ESPN live TV service as the “+” version is not a direct replacement but more of a complimentary service.

One of the additional aspects to consider is the interface and user experience. If going the CBS All Access or ESPN+ routes, users would need to continually bounce between three different apps to consume content. That’s not the case with DIRECTV NOW as all the content is there within the same interface leading to a smoother and more fluid experience.

The same could be said with paying for the services as DIRECTV NOW is one payment compared to the three that would be needed for the three different services.