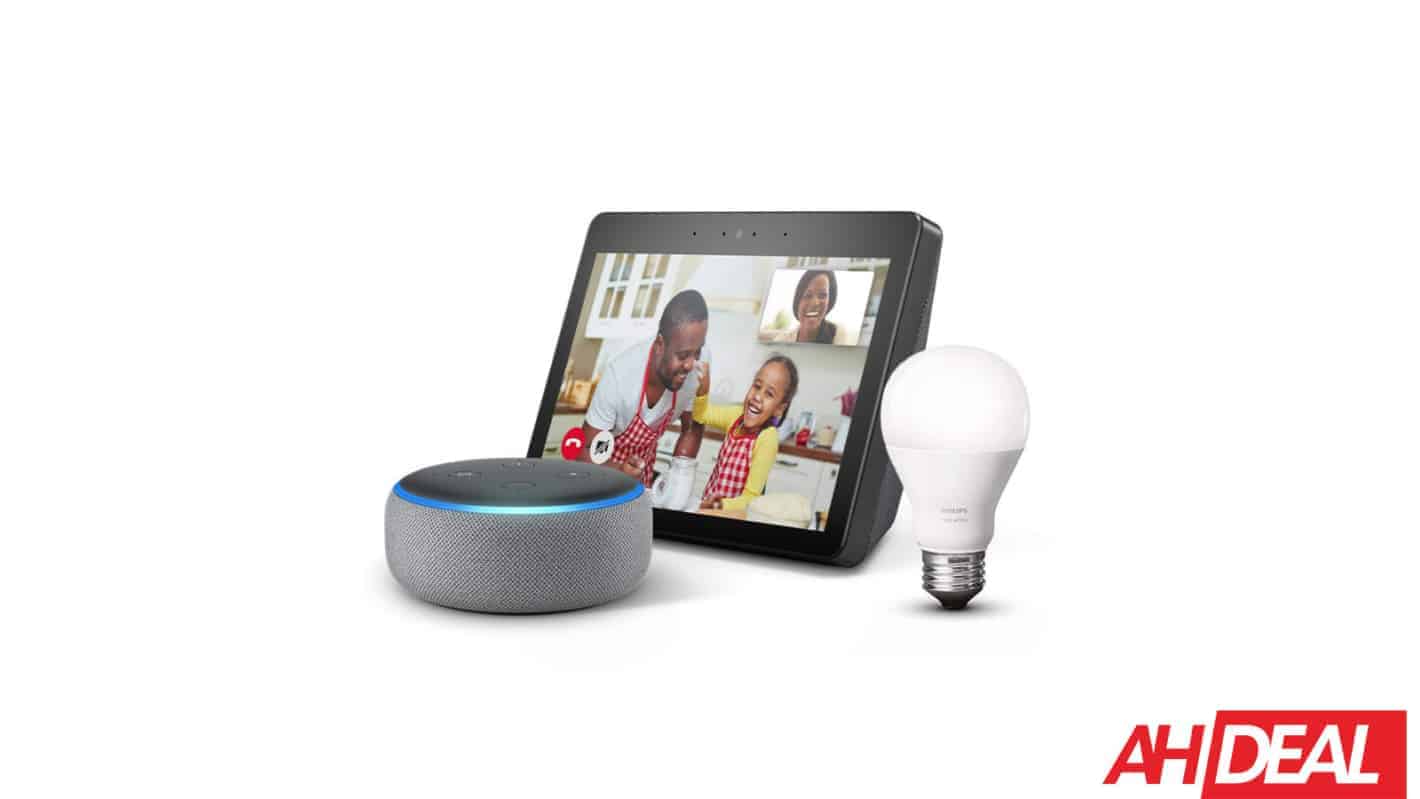 Amazon is offering up a pretty incredible smart home bundle, and if you are on the lookout for the perfect Father's Day gift, this just might be it. You can get the second generation Echo Show, along with a free Echo Dot and Philips Hue bulb all for just $180. The Echo Show itself is normally $199, making this a really great deal.

The Echo Show is a smart display with Alexa built-in. Allowing you to easily talk to Alexa, and get things like the weather, the traffic conditions, ask it to control your smart home and so much more. It's similar to the Echo Dot, but the big difference here is that it is now visual. So you can actually see Alexa, instead of just hearing it.

Like the Echo Plus, the new Echo Show is also a smart home hub. Which is why the Philips Hue bulb is included here. As you won't need the Hue Bridge to use it. This light bulb is a great addition, as you can control it with the Philips Hue app on your smartphone, or using your voice with Amazon Alexa.

Remember Father's Day is next Sunday, so you're going to want to pick up a gift for Dad before it's too late. You can grab this Echo Show bundle from Amazon using the link below.

Echo Show Bundle - Amazon - $180
Advertisement
Trusted By Millions
Independent, Expert Android News You Can Trust, Since 2010
Publishing More Android Than Anyone Else
21
Today
139
This Week
59
This Month
4047
This Year
105524
All Time
Advertisement