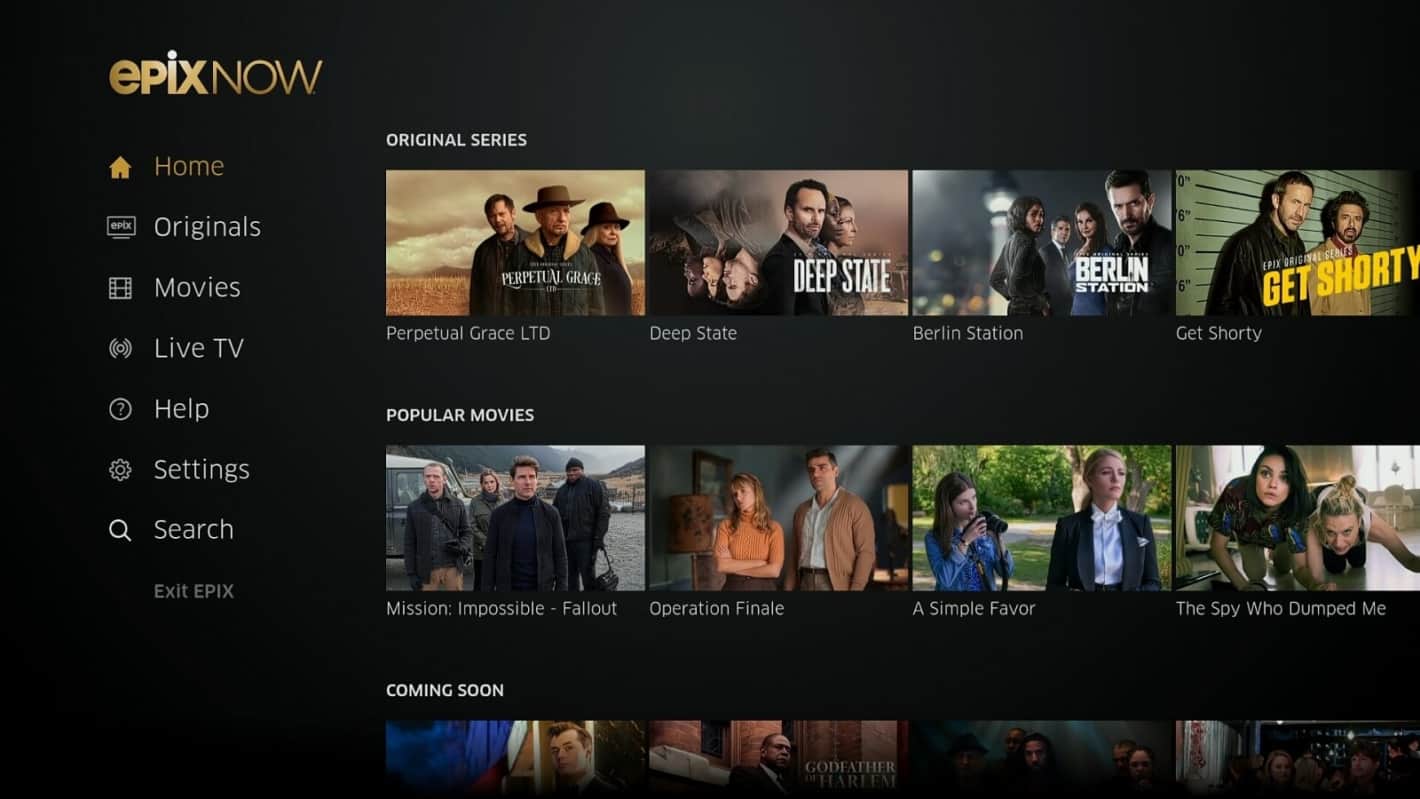 This week the EPIX NOW Android app has received an update. One which brings with it support for Android TV.

EPIX launched its NOW app back in February as a means for consumers to access the EPIX catalog without the need for a cable or TV package. It is, in effect, the cord-cutting solution.

Those who have access to EPIX through a TV or digital provider do not have to concern themselves with this app as there’s a separate “EPIX” app available through the Google Play Store which lets them access the same content by logging in with their existing provider credentials.

When the NOW service was first announced the support for the app was pretty limited to just mobile and the company made no mention of whether it would ever come to Android TV. However, as the standard EPIX app has always supported the Android TV platform, it was always expected the support would be added in due course.

Now that the support is here, the service will become a far more viable option for any Android TV user who does not subscribe to EPIX through a TV or digital provider and is looking to access EPIX content on the largest screen in the home.

This is the same app that was made previously available to mobile users and so those who already have the app installed can download it to an Android TV device from the same Google Play Store listing and login with their existing account.

The app listing has already been updated detailing the Android TV support and currently shows the app as compatible with a range of Android TV devices, including all the major set-top box solutions, and TVs powered by Android TV.

Besides the new Android TV support, the app listing does not specify any other changes or improvements to the app.

For reference, EPIX is not a free service but one consumers will need to subscribe to at a rate of $5.99 per month. However, the service does provide a seven-day free trial so interested parties can determine whether or not it is right for them.

Deciding this will likely come down to how varied you find the selection that’s on offer. In comparison to other streaming services, $5.99 is not a lot for access to a dedicated catalog although by the same token that catalog is not quite as plentiful as some of the other services. However, it does provide access to EPIX’s original content, including Berlin Station, Deep State and Get Shorty, and this is in addition to a selection of newer movies, including Mission: Impossible – Fallout.

Generally speaking the app seems to be fully optimized for Android TV with access to all the main features and navigation one might expect.

In the meantime, users can get started with EPIX by downloading the newly updated app from the Google Play Store.