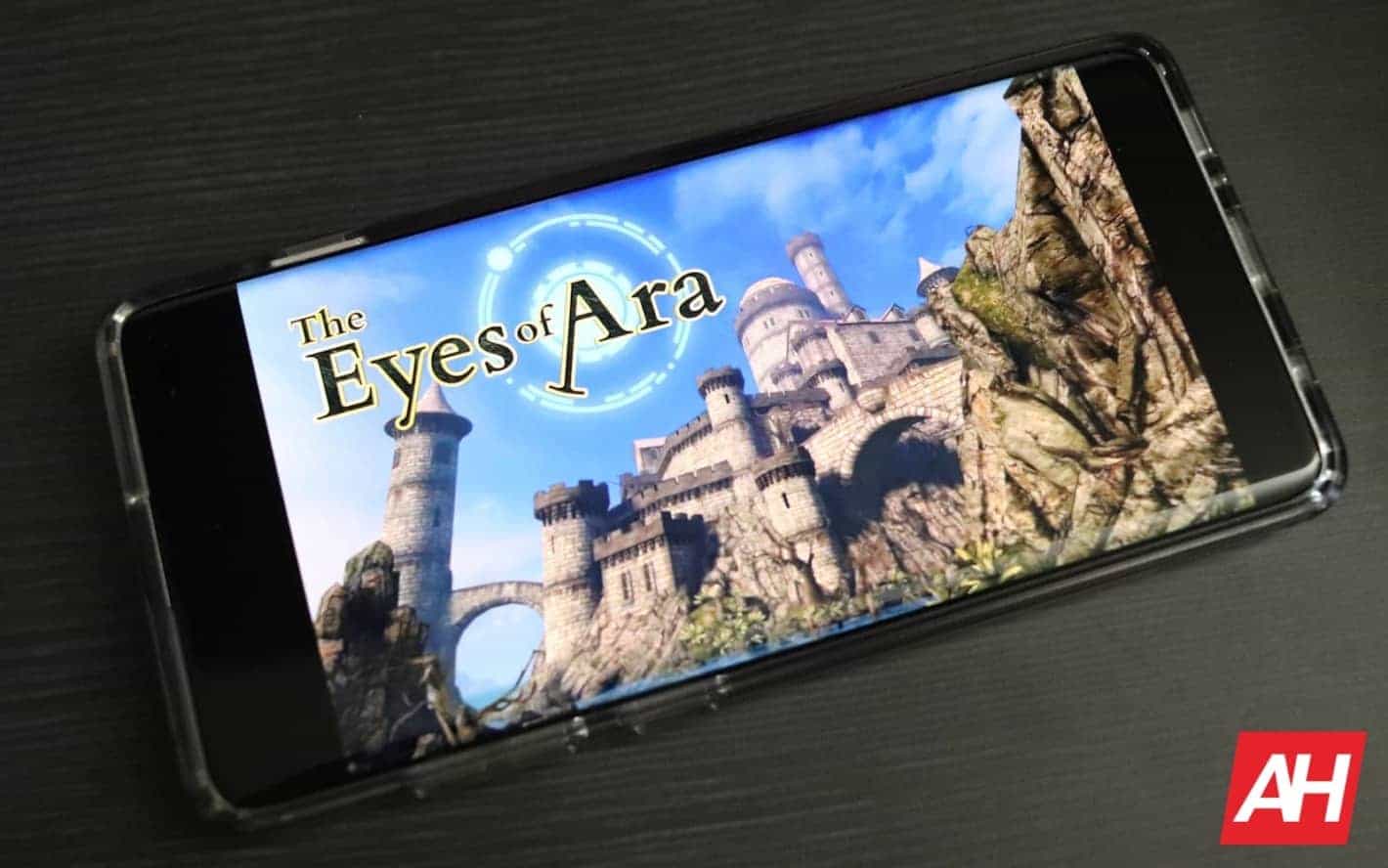 With puzzle mechanics and a mysterious story fit to rival the massive 1993 PC title Myst, The Eyes of Ara plants players on a remote island, inside of a time-worn castle where something has "awoken" after years of silence — as evidenced by signals being broadcast from inside. Players will point-and-click their way through the abandoned architecture, finding pieces to solve the underlying strange activity emanating from within and stemming back years.

What makes this game so great?

Rather than focusing on a narrative, players are tasked to solve a plethora of puzzles in The Eyes of Ara with no help or hints, in classic puzzler style. In effect, gamers will discover what's going on in the game for themselves instead of being told what's going on.

The puzzles within the wider mystery of its obscure storyline cover a huge gamut of categories, difficulty, and intensity, giving gameplay itself a variety not often seen in other apps in the genre.

The still-stunning graphics — with the original title launched in 2016 — translate to mobile brilliantly via the touch interactions, which leave the UI minimal and the screen free from obstructions. That's also in part thanks to the developer's focus on making the game's 3D graphics display in a device-specific fashion, scaling and adapting to suit a variety of screen sizes.

The Eyes of Ara is going to look great regardless of whether it's being accessed on an Android a tablet or mobile device.

For more competitive players, achievements are included to help drive discovery and exploration further while users who aren't focused on that kind of thing can choose to simply play through for the sake of playing.

There's not much by way of limitations based on an Android user's region for The Eyes of Ara either. Localization is in place to support no fewer than 10 common languages. Those include English, French, Italian, German, Spanish, Russian, Brazilian-Portuguese, Simplified Chinese, Japanese, and Korean.

Ranked much higher than its cost would suggest

Despite being the creation of an Australia-based one-man indie developer and only costing $4.99 with zero in-app purchases or ads, The Eyes of Ara is easily a must-play for anybody who's a fan of mystery and puzzle titles. As of this writing, it may only have 500+ Android installs but it's got a rating of 4.5 stars out of five.

The sole "negative" four-star review, for now, states that the loss of one of the stars is attributed to the graphics being too dark on the user's personal device — and that could be attributable to something other than the game itself.

For PC, The Eyes of Ara boasts a score of 9 out of 10 as compared to its Gaming Cypher score of 8.5 out of 10. There's no official Metacritic rating but reviewers on the popular game rating site have provided the game with between 70 out of 100 and 85 out of 100, lauding its balanced mix of challenge and discovery.

The Eyes of Ara - Google Play - $4.99
Trusted By Millions
Independent, Expert Android News You Can Trust, Since 2010
Publishing More Android Than Anyone Else
33
Today
151
This Week
151
This Month
3317
This Year
104794
All Time
Advertisement