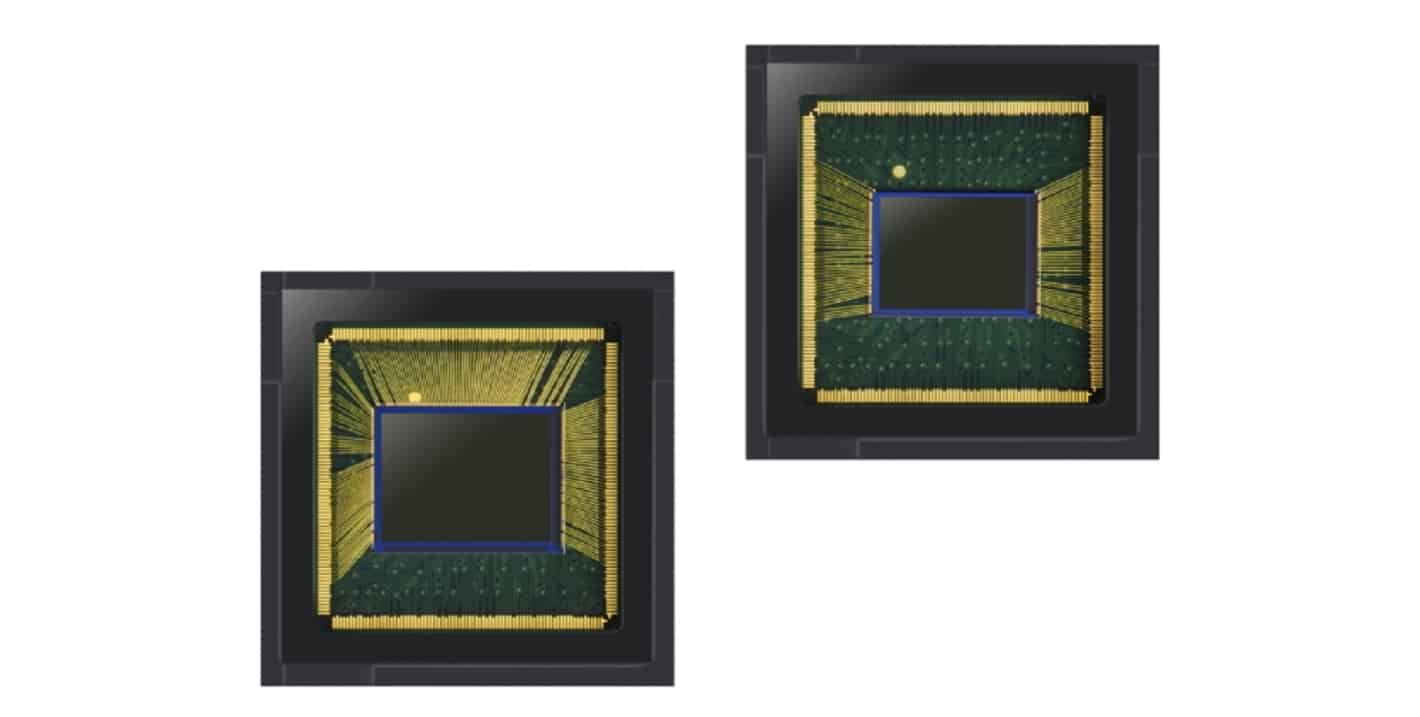 Interestingly, both sensors feature pixel sizes of 0.8 micrometers, which is relatively small compared to those of most contemporary imaging modules. However, to improve the low-light performance of these sensors, Samsung employed the Tetracell technology, which merges four adjacent pixels to form one larger picture element. While this feature reduces the resolution of the imaging modules to a quarter of the sensor’s original resolution, the low-light performance of the device should improve significantly.

However, in well-lit conditions, the sensors may choose not to implement the Tetracell technology, and instead utilize a “remosaic” algorithm that allows the imaging modules to capture images at full resolution.

Other features that are present in both imaging sensors are the Dual Conversion Gain and Super PD functionalities. The former technology helps the sensor optimize how it utilizes the light that hits the camera, while the latter feature results in much faster autofocus compared to competing solutions.

Moreover, both sensors feature the ISOCELL Plus technology, which improves over the previous-generation ISOCELL technology by utilizing a new material to separate the pixels. This technology aims to enhance the quality of images captured by the device by reducing the amount of light that bleeds to adjacent sensors.

However, there is another feature that comes exclusively with the ISOCELL Bright GW1, which is the support for real-time HDR. With this functionality, Samsung claims that its sensor can capture hues closer to what the human eye can perceive compared to other conventional imaging modules. Moreover, the sensor can record slow-motion videos at a frame rate of 480fps at a resolution of Full HD.

ISOCELL Bright is just one of the four imaging module brands that Samsung launched back in 2017. Among the other lineups that the South Korean tech giant unveiled around two years ago include the ISOCELL Fast, ISOCELL Slim, and ISOCELL Dual. The ISOCELL Fast sensors offer faster autofocus compared to its rivals, while the ISOCELL Slim lineup features imaging modules that can fit in into thin smartphone builds. On the other hand, the ISOCELL Dual sensors are targeted towards smartphones that feature multiple camera setups.

However, aside from smartphones, Samsung Electronics is also developing ISOCELL sensors for vehicles. The South Korean tech giant notes that its ISOCELL Auto offering features a pixel technology that improves light sensitivity, while support for wide dynamic range makes it easy for vehicles to detect roads and other vehicles in their surroundings.

Samsung Electronics noted that it has now sampled its new imaging sensors to interested handset makers, although the actual mass production of the modules will only begin in the second half of the year.