The three mid-tier handsets from the South Korean tech giant that may become available in North America soon include the Samsung Galaxy A20, the Galaxy A50, and the Galaxy A70.

The Wi-Fi Alliance recently certified two models of the Galaxy A20, namely the SM-A205U and the SM-A205W, and two variants of the Galaxy A50, identified as SM-A505U and the SM-A505W. Based on the model numbers of previous handsets from Samsung Electronics, the letter U in the model numbers usually refer to smartphones that will be sold in the United States, while the letter W in the variant identifiers refer to handsets that will ship to Canadian stores.

Interestingly, the certifying organization seems to have approved only one new model of the Galaxy A70, identified through the model number SM-A705W. This variant of the device will likely be sold in Canada, and at this point, it is not clear if Samsung Electronics will also ship the Galaxy A70 to the United States.

These three handsets are part of the revamped Galaxy A lineup, which is one of the handset series that Samsung retained after its reorganization of product offerings. To better compete with Chinese tech firms, the South Korean smartphone maker introduced higher-end features into its mid-range smartphones, although this strategy resulted in higher expenses on the part of Samsung Electronics.

The Galaxy A50 is among the first handsets that Samsung launched as part of the revamped Galaxy A lineup. The Galaxy A50 features a 6.4-inch display with a waterdrop-shaped notch holding the 25-megapixel front-facing camera and an under-screen fingerprint scanner. The smartphone sports an octa-core processor with a clock speed of 2.3GHz, and it comes in variants that contain either 4GB or 6GB of RAM and either 64GB or 128GB of expandable internal storage.

Meanwhile, the Galaxy A70 sports a larger 6.7-inch display with a resolution of 2,400 by 1,080 pixels and an aspect ratio of 20:9. Like the Galaxy A50, the Galaxy A70 comes with a waterdrop-shaped notch, although the latter handset features a higher resolution 32-megapixel camera. The Galaxy A70 also sports larger RAM capacities of either 6GB or 8GB, although both hardware variants ship with 128GB of expandable flash storage.

The cheapest of the three handsets, the Galaxy A20, only features two rear cameras, compared to the three shooters found in the other two devices. Furthermore, it is the only smartphone in the trio that comes with a rear-mounted fingerprint sensor. It also comes with considerably smaller RAM and storage capacities, with the device sporting 3GB of RAM and 32GB of internal storage.

Samsung Electronics already launched mid-range products in the United States in the past, though most of them include tablets. However, the rumored distribution of mid-tier smartphones in the US will allow the South Korean tech giant to gain more market share in the country by appealing to consumers who do not want to shell out substantial amounts of cash for flagship smartphones. 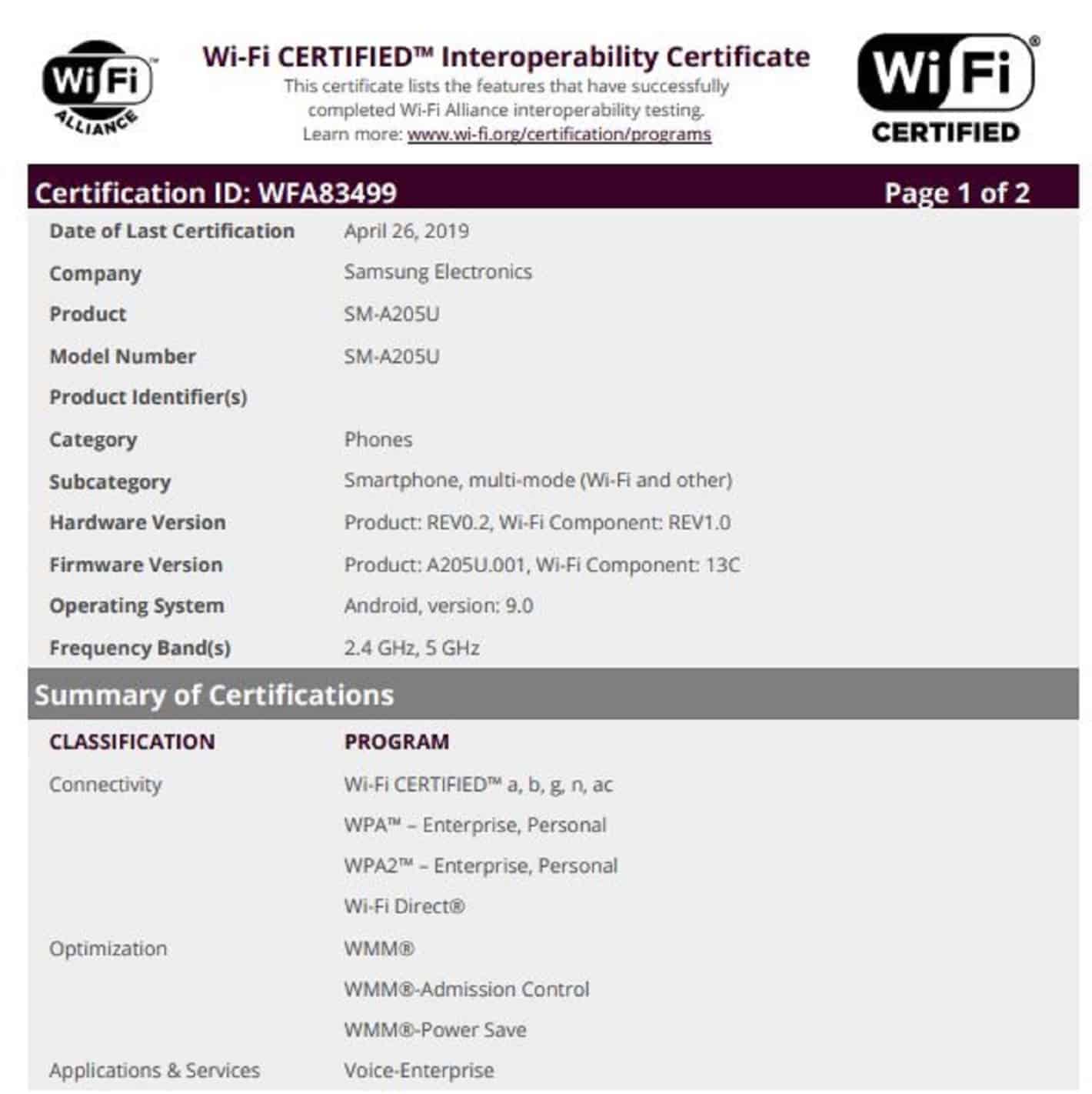 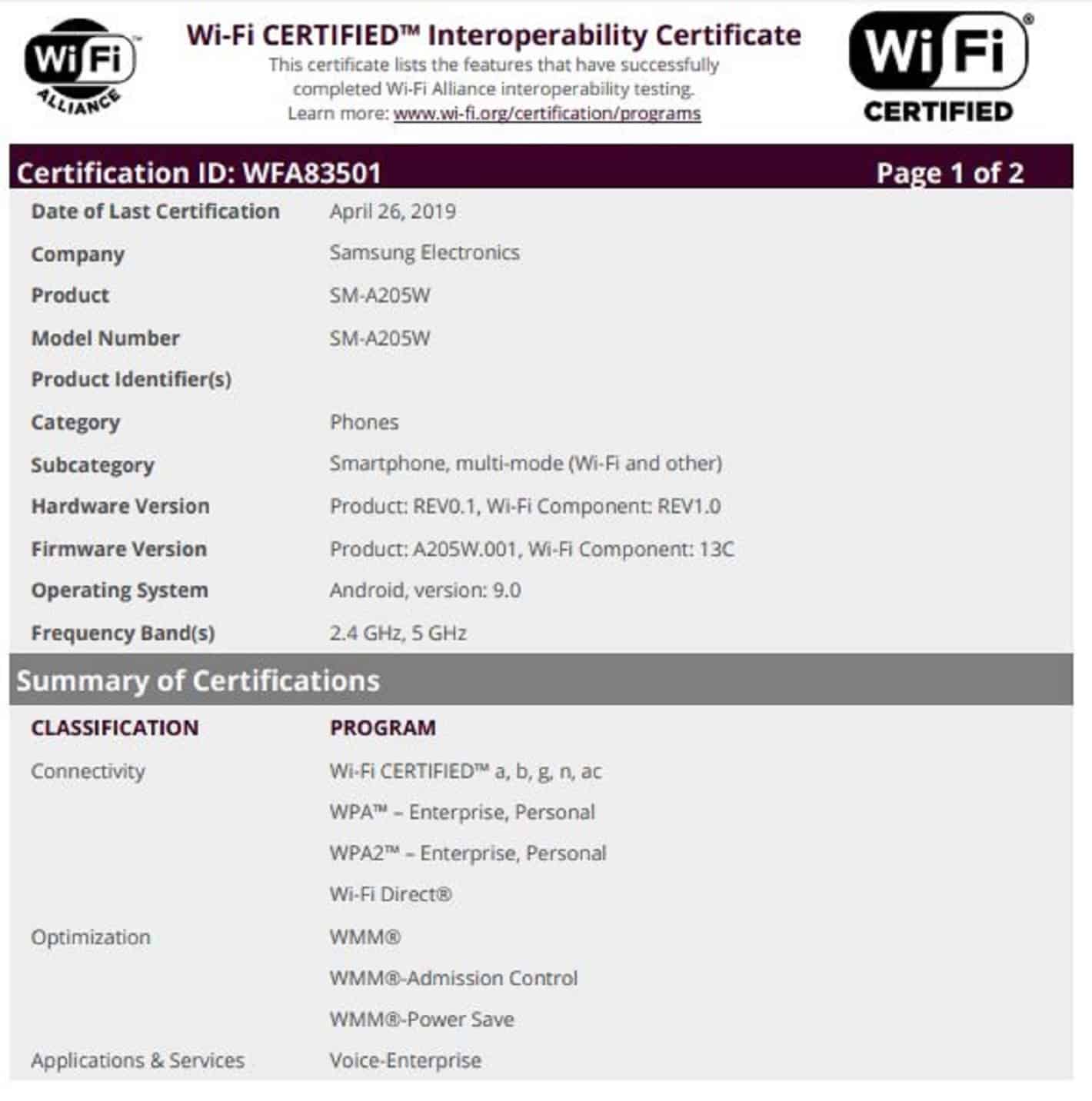 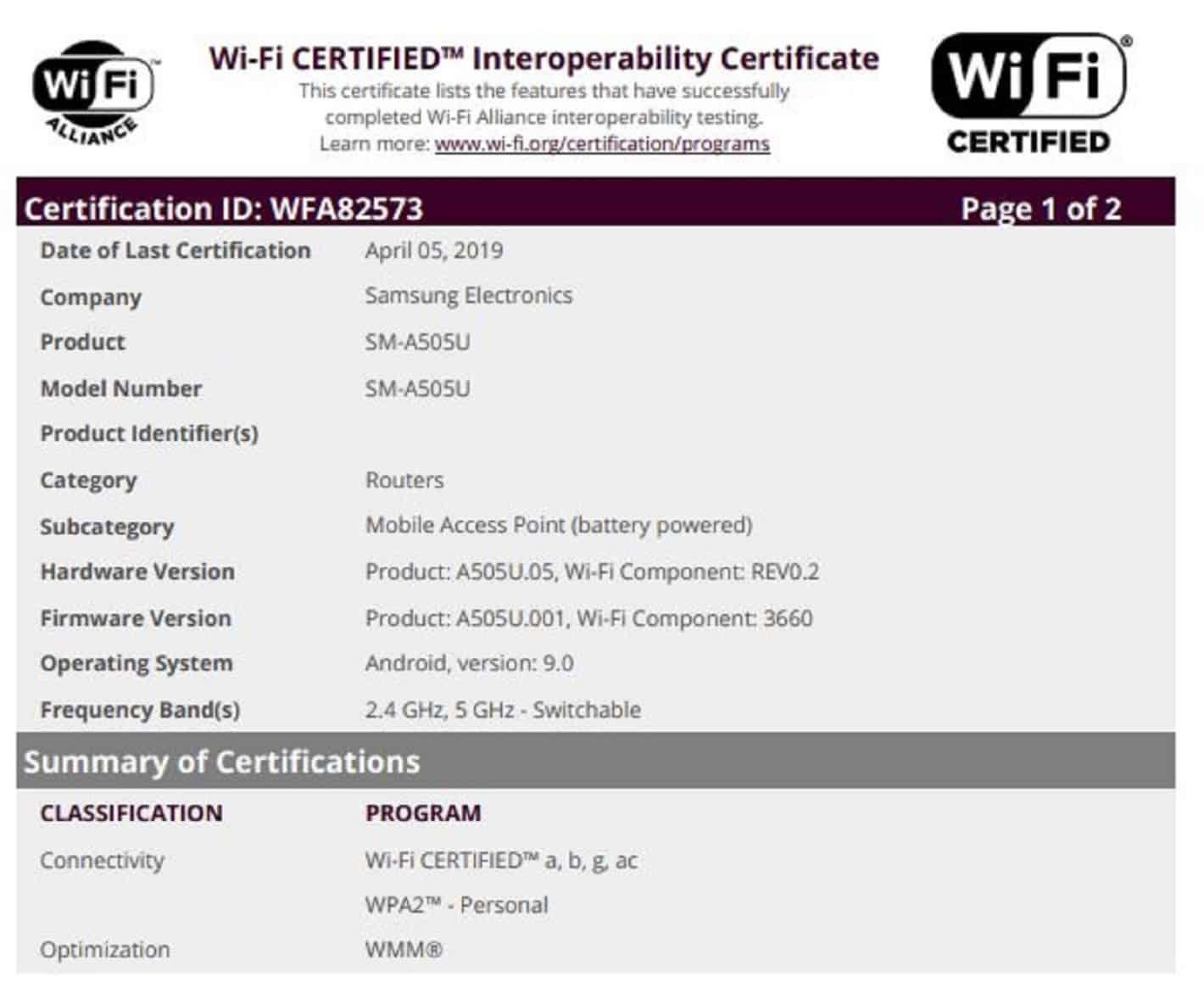 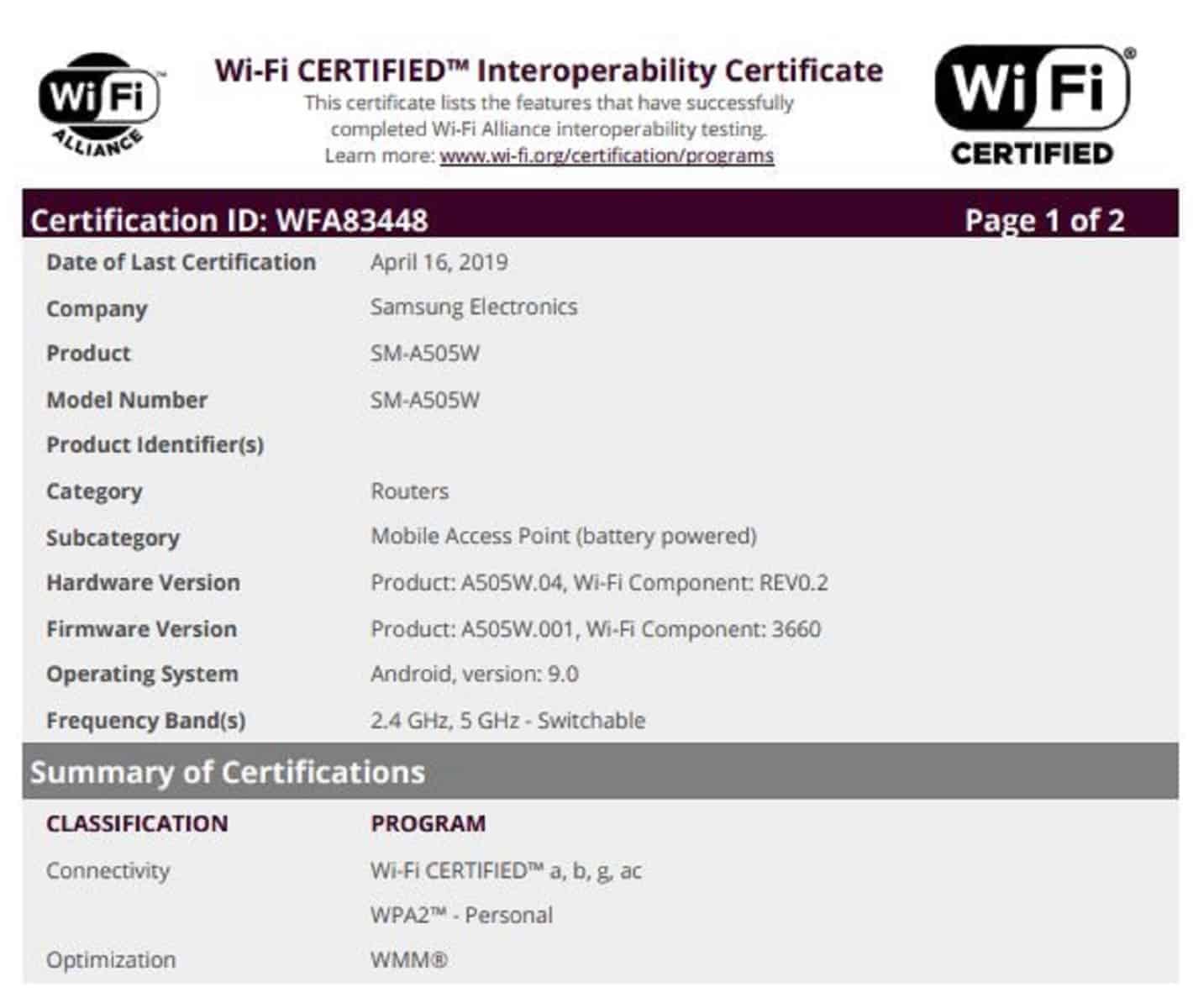 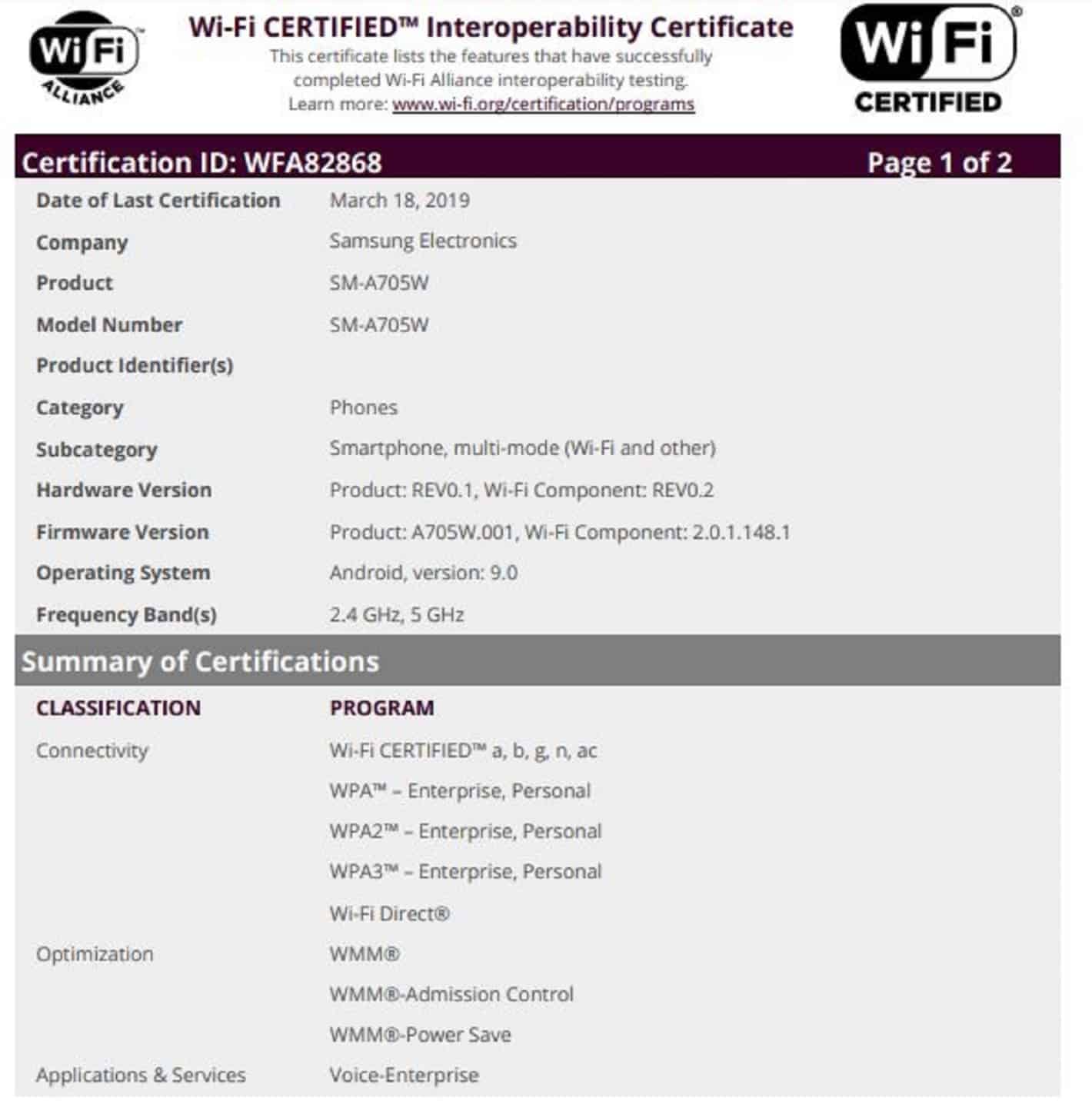 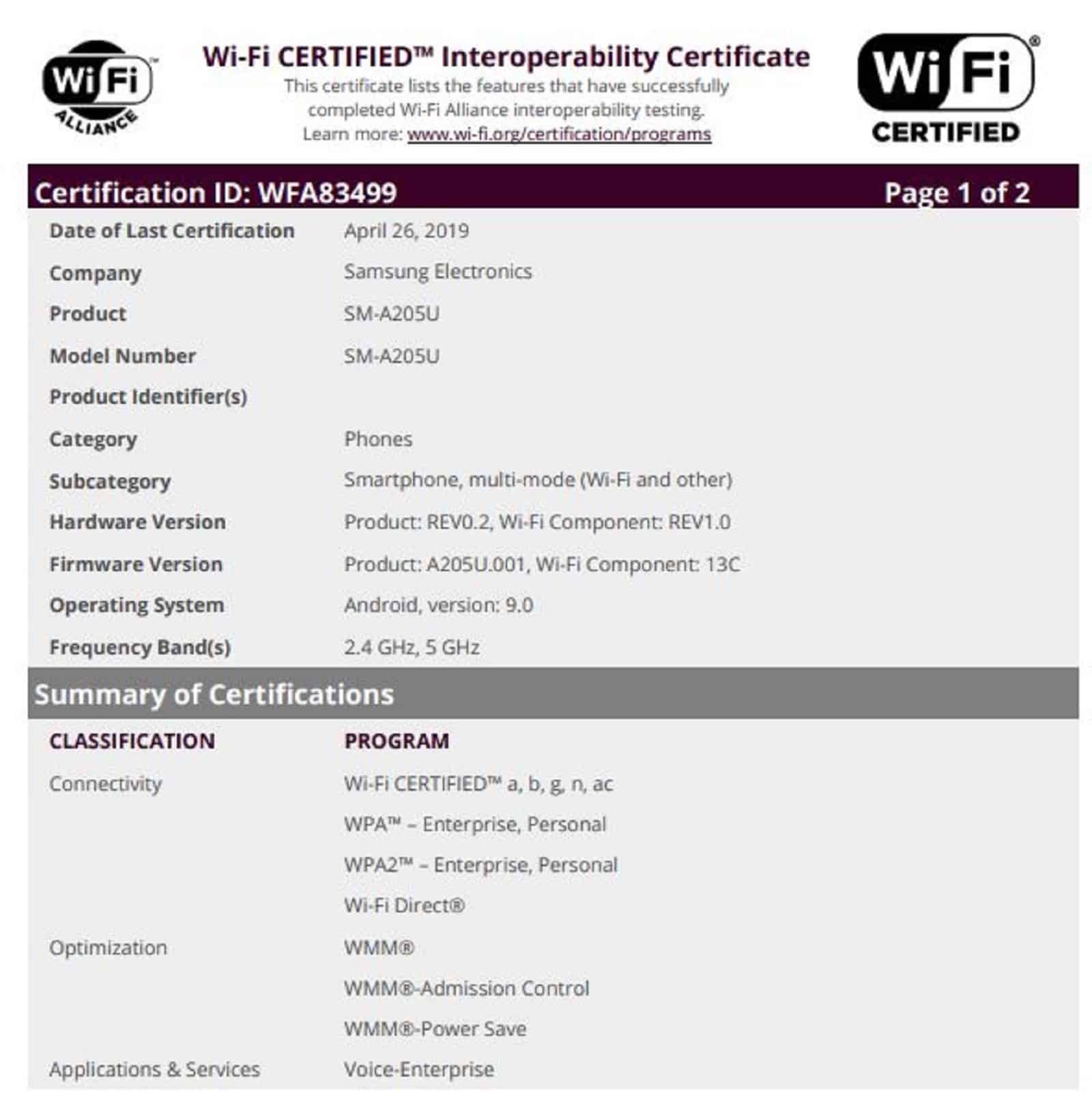 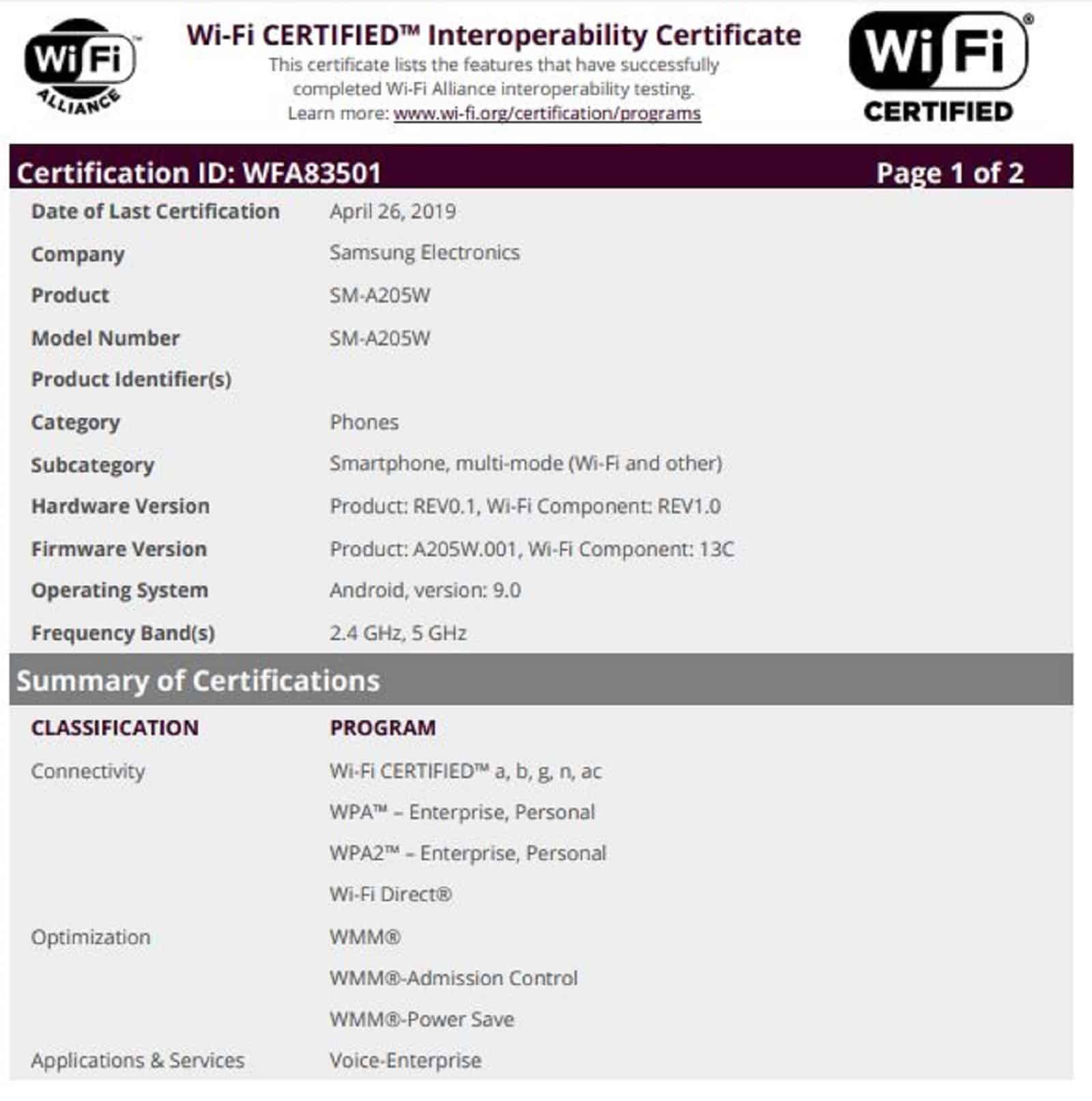 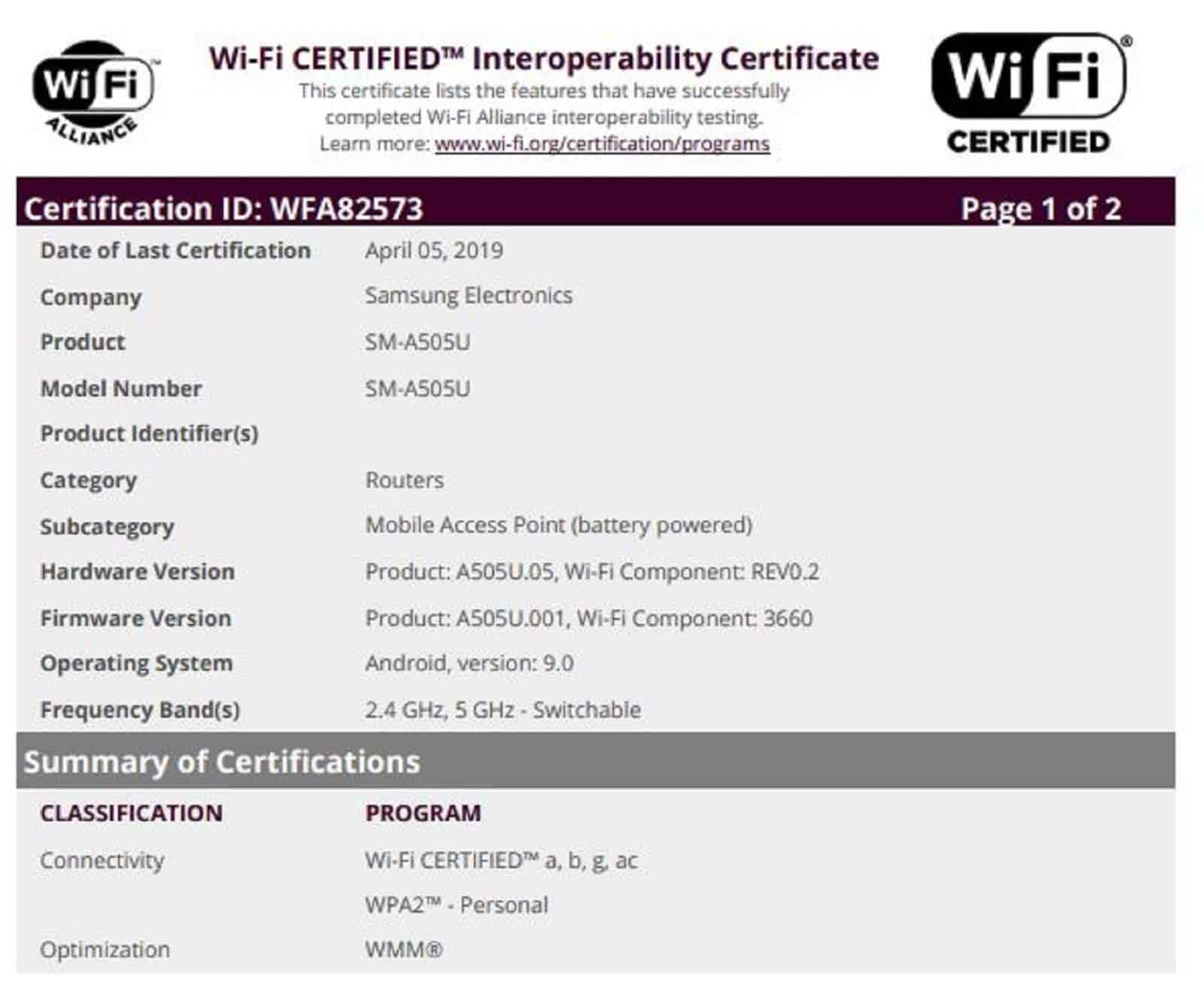 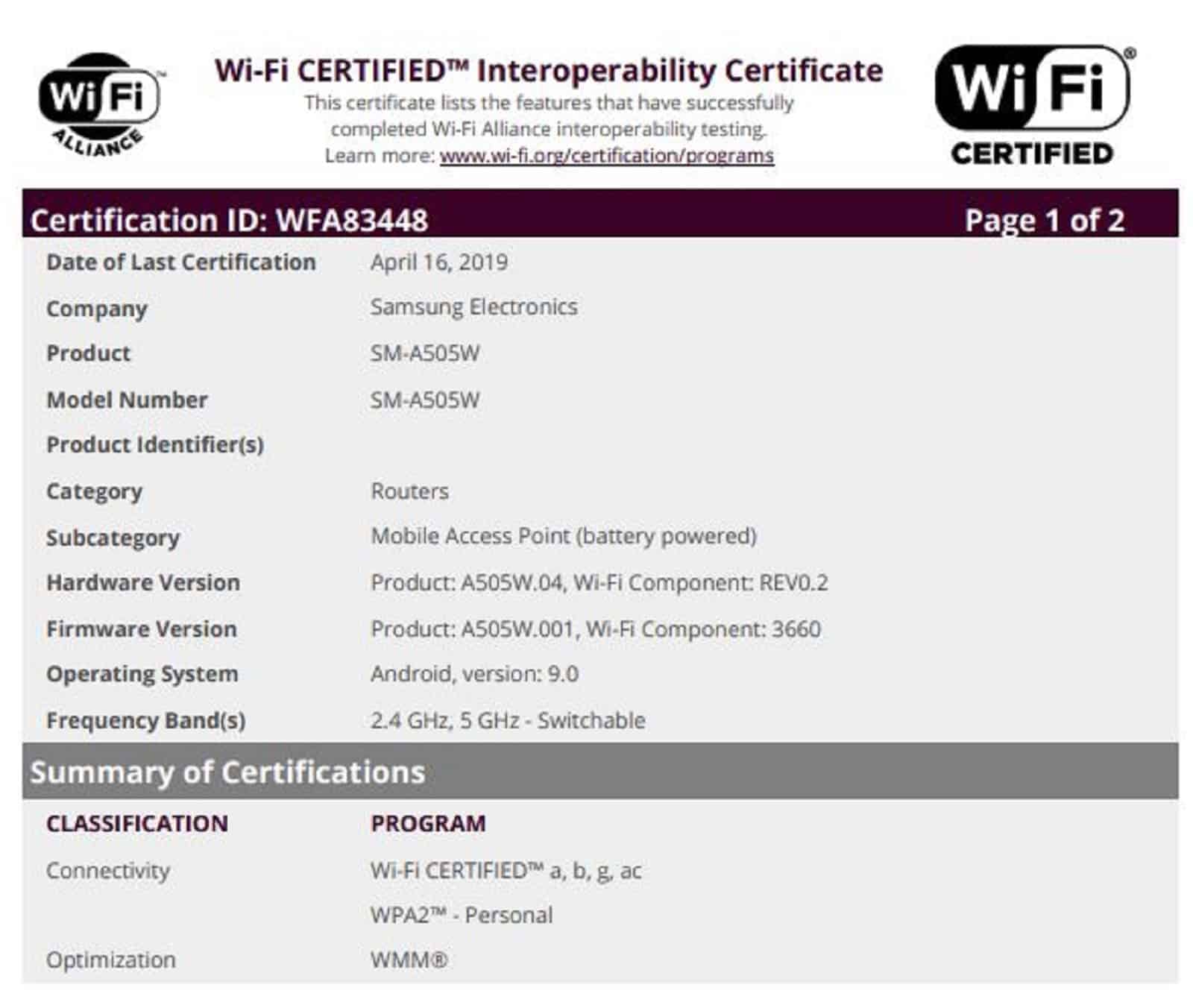 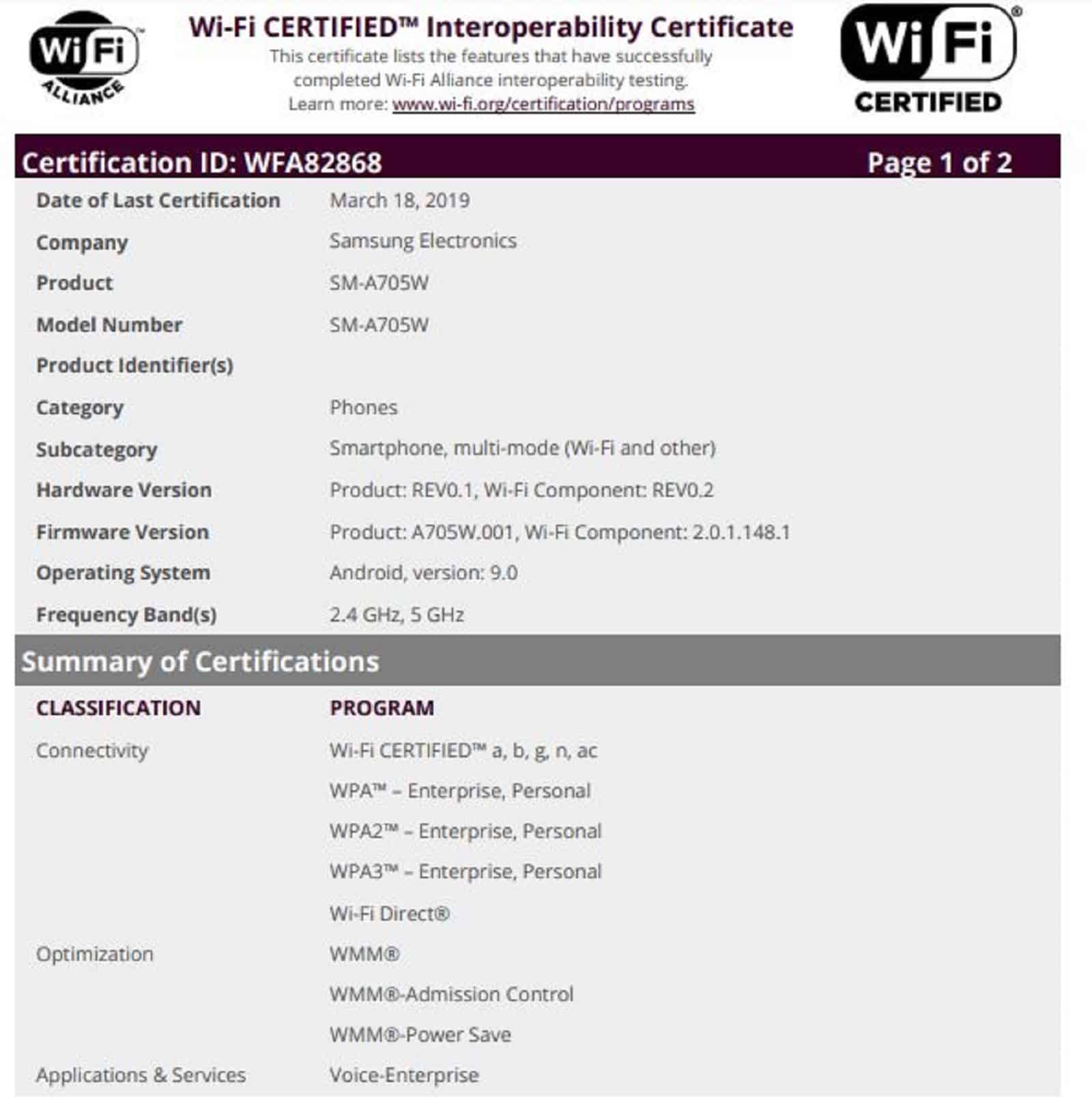