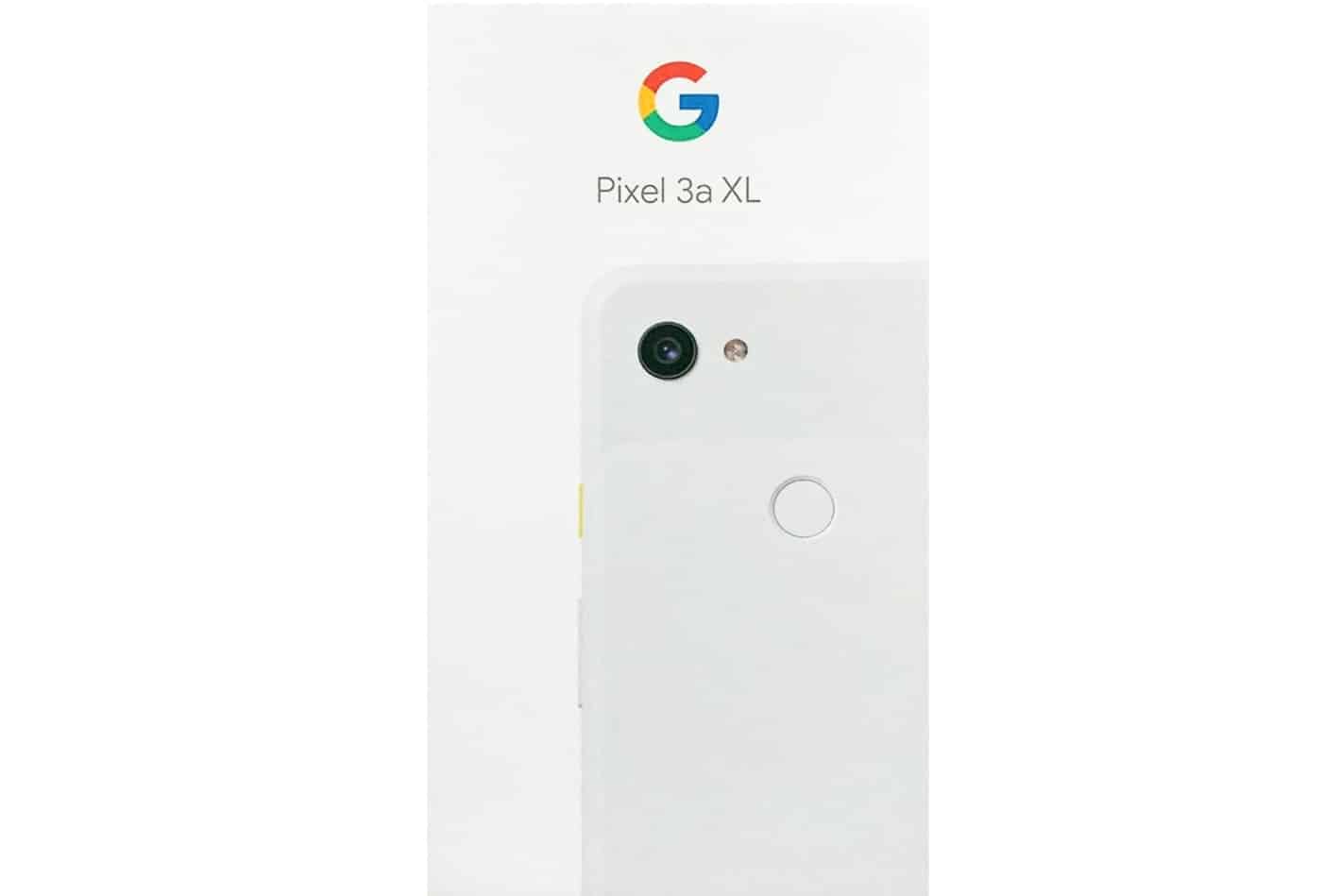 Industry insider, Max J, who is known by his Twitter handle Samsung_News, recently shared two leaks regarding Google’s upcoming mid-range smartphone offerings, the Google Pixel 3a and the Pixel 3a XL.

One of the tweets shared by the industry insider shows the front of the packaging of the Pixel 3a XL. The image shows that the handset’s box will contain the Google logo at the top, and directly below it is the Pixel 3a XL branding.

Occupying the lower part of the box is the image of the smartphone, with the leaked photograph showing the white variant of the device. It is likely that the picture of the handset shown on the packaging will differ based on the color of the smartphone inside the box.

Recent leaks already showed how the Clearly White and Purple-ish color variants would look. The Clearly White color option of the Pixel 3a will have a white rear panel and an orange power button. Meanwhile, the Purple-ish color model will have a back panel with a color that is closer to light blue or lilac, and it will sport a yellow power button.

As the launch date of the Pixel 3a and the Pixel 3a XL comes closer, the leaks already detailed the specifications and design of the two handsets. Both handsets will feature similar designs to Google’s Pixel 3 flagship, which includes a single lens and fingerprint sensor on the back. However, unlike its more expensive counterparts, these mid-ranger will feature a 3.5mm headphone jack.

In terms of specifications, reports claim that the Pixel 3a will feature a 5.6-inch display with a resolution of 2220 x 1,080. The smaller handset will reportedly sport the Snapdragon 670 SoC, which comes with an octa-core Kryo 360 CPU running at a maximum clock speed of 2.0GHz and the Adreno 615 GPU.

A 2,915mAh battery powers the device, and benchmark results show that the smartphone may contain 4GB of RAM and either 32GB or 64GB of internal flash storage. Meanwhile, the larger Pixel 3a XL will have a 6-inch panel with a resolution of 2160 x 1,080, and the handset will ship with a more powerful Snapdragon 710 chipset.

Despite the mid-range nature of both handsets, the mid-tier devices will sport the same 12.2-megapixel camera found in the more expensive Pixel 3 and Pixel 3 XL handsets.

The launch of mid-tier devices could help improve the dismal handset sales of the search giant. Google admitted that in the previous quarter, the sales of the Pixel 3 series declined, and the chief financial officer of the tech giant, Ruth Porat, attributed this downturn to the competitive premium smartphone market.

However, the launch of mid-range handsets that retains one of the key selling points of the Pixel lineup, which is the impressive camera performance, could help Google boost the number of smartphones it sells in the coming quarters. Price tags of these two phones will be crucial to their sales. Reports claim that Google will launch the Pixel 3a and the Pixel 3a XL on May 7th, during its Google I/O keynote.