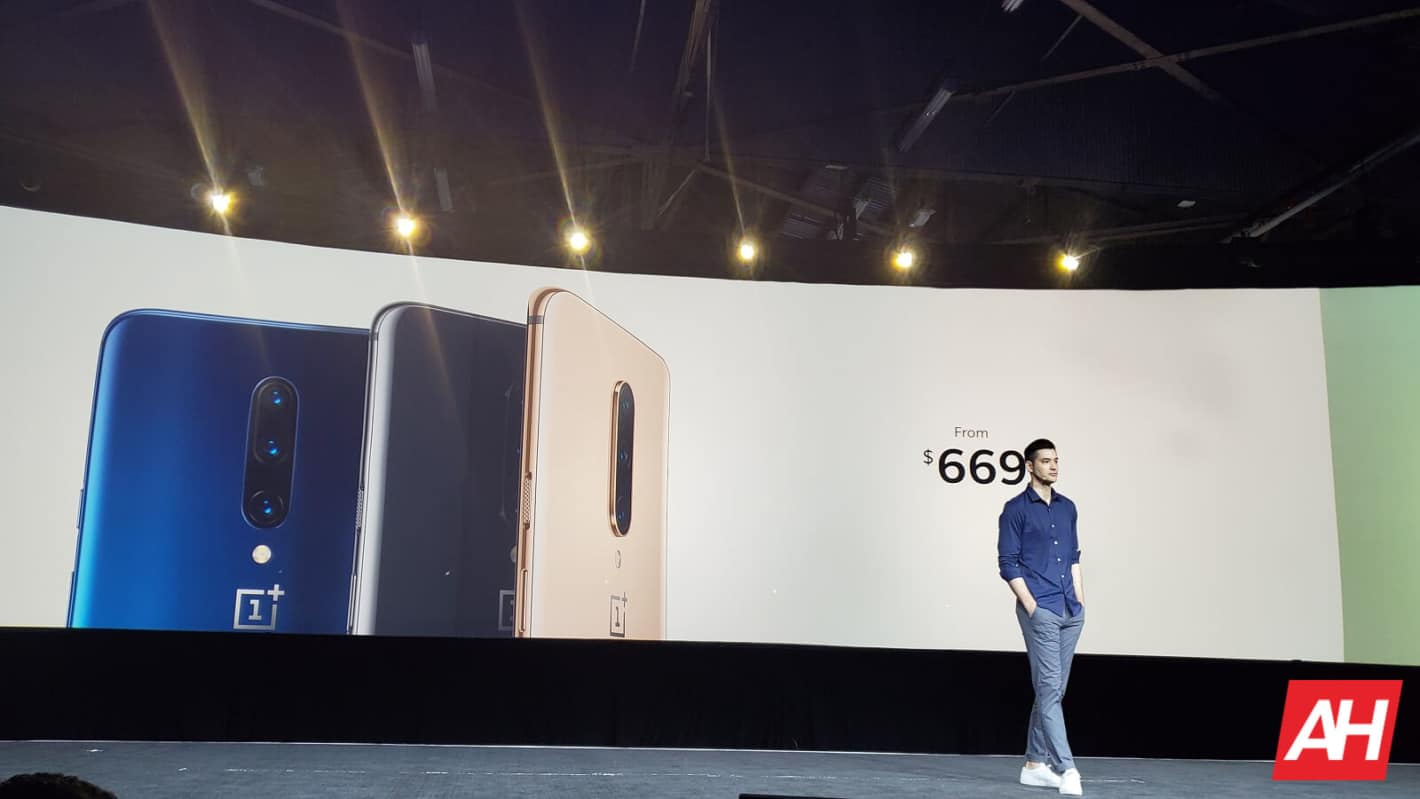 OnePlus has now announced its latest smartphone, the OnePlus 7 Pro.

Along with the main introduction, OnePlus has now also confirmed U.S. pricing and availability.

The OnePlus 7 Pro will arrive in the U.S. on general sale starting Friday May 17 and will be available to buy in one of two primary color options at launch: Mirror Gray and Nebula Blue. A third "Almond" color will become available later on.

Specific details were a little light during the main announcment although the entry-level price for the OnePlus 7 Pro is $669 in the U.S. For that money, you end up with the lowest spec version of the phone equipped with 6GB RAM and 128GB storage.

Buyers do have the option to pick up an 8GB RAM and 256GB version instead with the price then rising to $699.

Those looking for the best in class experience might want to go for the highest spec version featuring 12GB RAM and 256GB storage. This model will set U.S. buyers back $749.

It seems likely this will apply to both launch colors, although that might not necessarily be the case.

In addition to the pricing, OnePlus has also now confirmed the OnePlus 7 Pro will be available to buy directly from the company’s website or through T-Mobile – who once again is the exclusive carrier for the latest OnePlus phone.

Those opting to buy through T-Mobile can expect to pay the same prices and have the option of paying zero-down, although there's no confirmation at the moment that all colors and all spec configurations will be sold through T-Mobile.

It is also worth noting that although the OnePlus 7 Pro can only be purchased through T-Mobile at the carrier level, it is listed as compatible with AT&T, Sprint and Verizon networks too. T-Mobile is simple the carrier partner in the same way Verizon was (until recently) with Google's Pixel line of smartphones. Buyers on any major network in the US should not encounter any major hurdles when buying.

With $669 being the new entry price for the OnePlus 7 line in the U.S., this sees OnePlus smartphones hitting a new price high.

What was once a value-orientated brand seems to have now stepped over the line and firmly planted itself down as a premium brand with premium pricing in place. Yes, the cheapest version is cheap compared to what else is on the market, but it's not massively cheaper and especially considering aspects like the RAM is vastly different between the top and bottom models. One might be cheaper, but you get less in return.

It would seem even OnePlus is aware that it has now stepped over that price threshold as the company also today announced a new trade-in program which lets users trade in older smartphones and get up to $449 back against the cost of a OnePlus 7 Pro purchase.