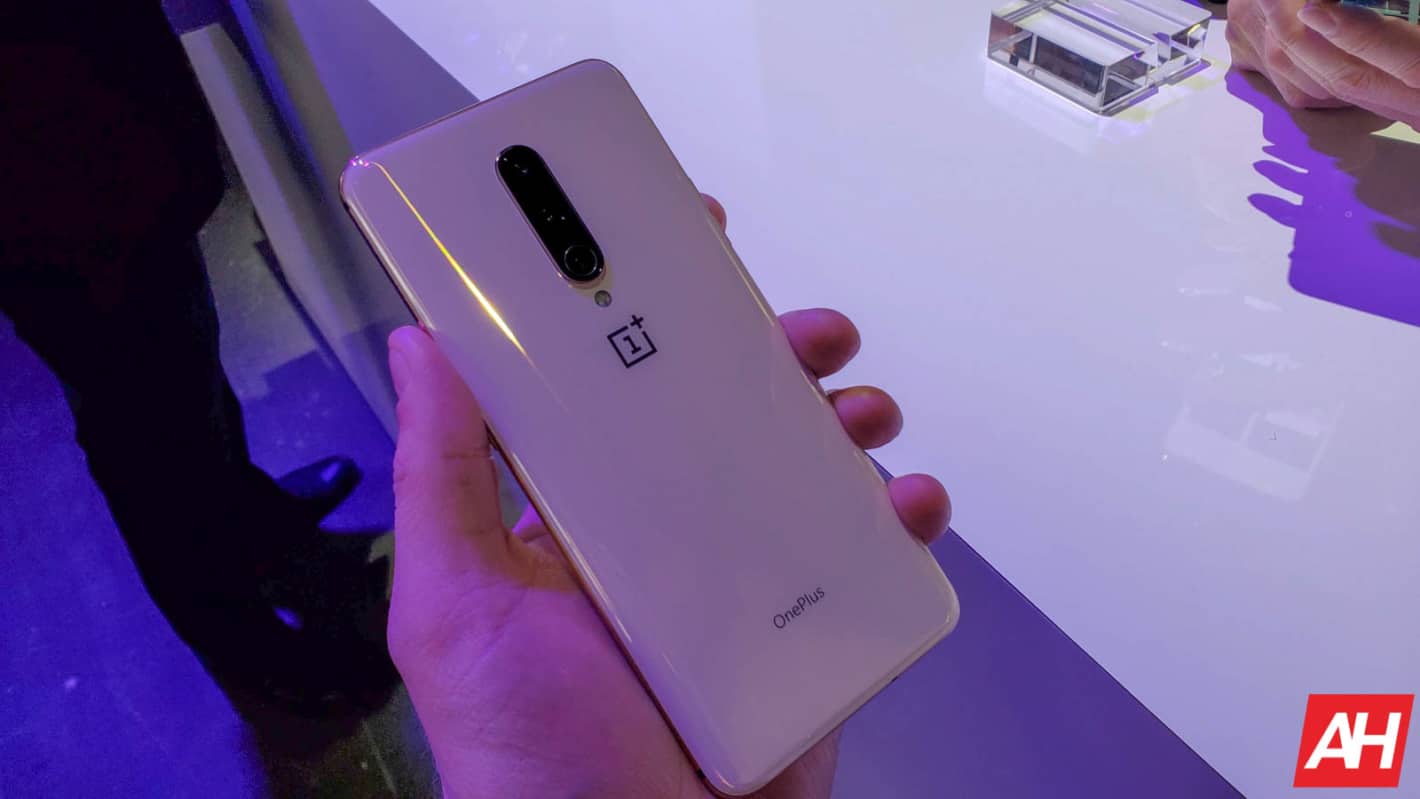 OnePlus took the wraps off of its newest flagship, the OnePlus 7 Pro, at simultaneous events in the US, UK and India today. And it is definitely a beastly smartphone.

The OnePlus 7 Pro leaked quite a bit ahead of the event, so we mostly knew what to expect, going into the event. And the majority of the leaks were right. But that still didn't keep us from being excited for the phone.

OnePlus has finally given its users a real "flagship killer". Over the years, OnePlus has always had one or two things that were missing from making it a really compelling flagship killer. Whether that was the 1080p display, the smaller capacity battery, or a mediocre camera. But with the OnePlus 7 Pro, the company seems to have hit every single box. Of course, this is after using the phone for about a half hour, so things may change when we get one in hand to do a review.

The build of the OnePlus 7 Pro is exactly what you'd expect. A metal and glass body, that feels really solid in the hand. The backside is curved, making it feel pretty nice in the hand, which is always nice. The Nebula Blue color is a fan favorite so far, partly because of the matte finish on the back. Which means it's not going to collect fingerprints as easily as the other two color options that OnePlus has available.

OnePlus does have a couple of logos on the back of the device, which is a bit surprising. As this is a company that doesn't really blast its logo everywhere. You have the standard OnePlus logo at the top, beneath the camera module, and then the "OnePlus" logo in text towards the bottom. Don't get me wrong, it still looks pretty clean compared to most smartphones that are sold in the US. But that second logo is really not needed.

The cameras on the OnePlus 7 Pro do also seem to be a home run for the company. With a wide-angle camera that does 117-degrees, and then a telephoto lens. These are also larger sensors than the OnePlus 6T, which is going to provide you with even better image quality, especially in low-light. As it is able to get more light into the picture.

Last but not least, we can't forget about that display. That display is pretty insane. OnePlus finally made the jump to Quad HD+, and it earned the highest rating ever awarded by DisplayMate, so it's a darn good display. In using it for a short bit, it does definitely look very crisp and clear. The software seems faster, thanks to the 90Hz display that is included. Not quite as fast as something like the Razer Phone that has a 120Hz display, but pretty close. The display might be the main reason to get the OnePlus 7 Pro.