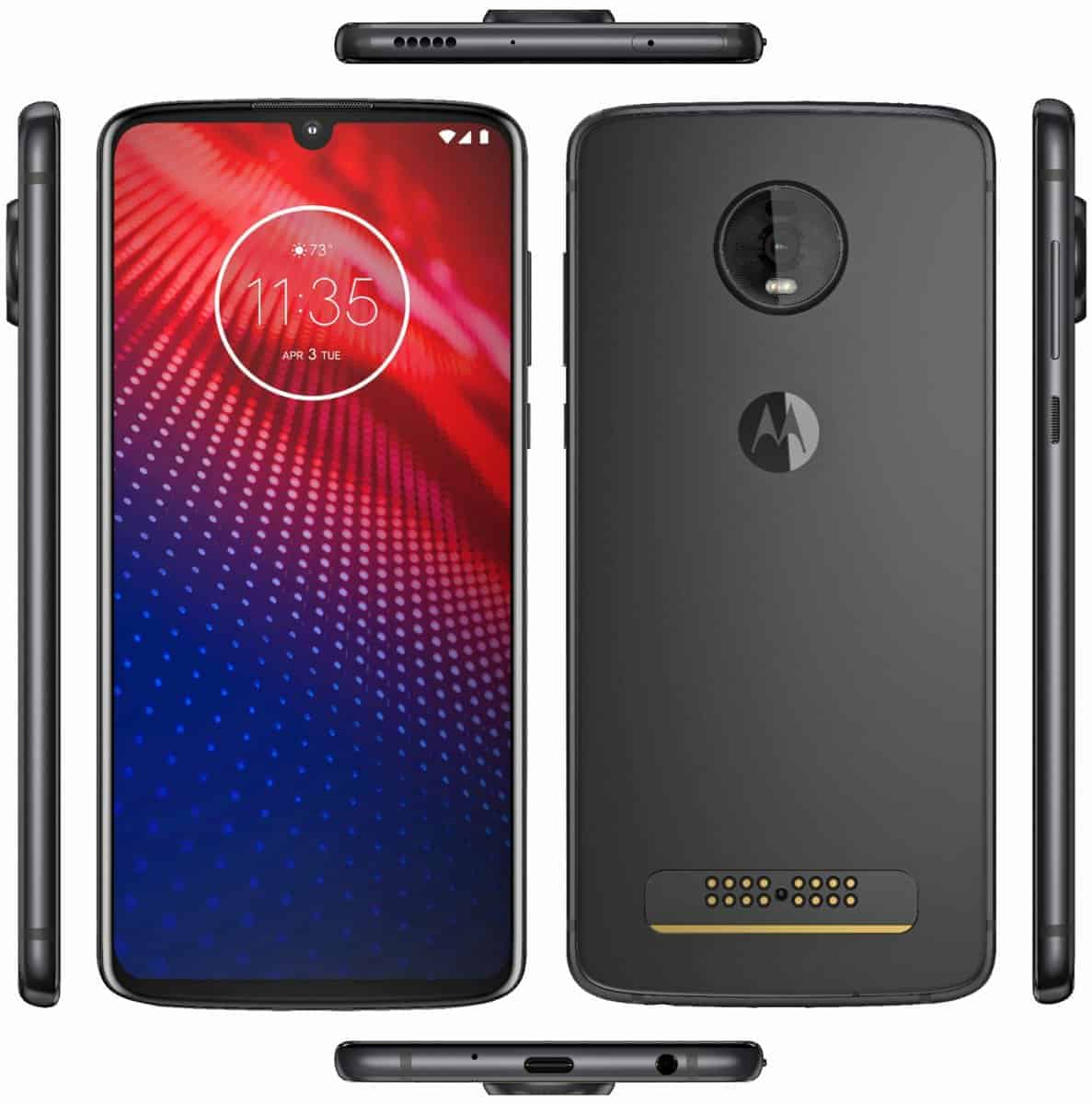 The Motorola Moto Z4 specs leaked earlier this month, but the phone did not get officially announced just yet. Despite that, the device has managed to make its way to Amazon, well, at least briefly, the company removed the listing shortly after the phone was made available, and listed as "shipping to customers".

A quick unboxing video of the device surfaced on YouTube, and it shows the retail box that says "Moto Z4," as well as the AC adapter, USB Type-C cable, and of course, the phone itself.

The Moto Z4 itself features a single rear camera, the USB Type-C charging port, and a speaker grille connected to an earpiece. There is a waterdrop notch on the Moto Z4, however, though it doesn't seem too large.

The bottom back cover of the Moto Z4 shows the Moto Mod connection port where you connect the Moto Z4 to the Moto Mods. The Moto Z4 does come with the Moto 360-degree camera in the box and a screen protector.

The Moto Z4 features model number XT-1980-3, which appears to be in step with Moto Z phones both past and present.

As for the specs themselves, you're looking at 128GB of storage and 4GB of RAM, though a leak from earlier this month presumed the device would come with a 6GB RAM variant.

There's no way to tell if Motorola has decided to either pass up creating a 6GB RAM variant, or if the 4GB RAM version is another RAM choice for the sake of varying price points.

There is an in-display fingerprint sensor on the Moto Z4, so Motorola has kept this biometric authentication feature for both its Z4 and the premium Moto Z4 Force, as promised.

There is a drawback to the Moto Z4 unit, however; it appears that, except for the projector mod, the Moto Z4 will not work with earlier-generation Moto Mods such as the 360 camera mod and the battery mod.

When these mods are connected to the Moto Z4, there is a "sharp overhang": a gap between the mod and the Moto Z4 itself. JETFIRE007 says that you can see the gap and feel the gap when holding the phone.

There appears to be a manufacturing defect / decision where the frame of the phone is slightly smaller than the width of the phone. Do note that this is just a leaked unit we're talking about, we'll need to see the final product in order to be sure.

Aside from the phone's form factor, there is another question surrounding the pricing of the Moto Z4. Amazon has two listings, both at $499.99 for both an Amazon-exclusive model and an unlocked model. The prices may prove to be incorrect, though time will tell. The Moto Z4 product page, available earlier at Amazon, has been taken down.

A 25-megapixel selfie camera with an f/1.9 aperture is also included, and a 48-megapixel rear camera sensor with 12MP output and f/1.6 aperture. The phone is fueled by a 3,600mAh battery, and Android 9.0 Pie comes pre-installed.

The Qualcomm Snapdragon 675 SoC features an octa-core Kryo 460 CPU and an Adreno 612 GPU. There is also IP67 water and dust resistance along for the ride, protecting your phone from drops, spills, and mild water splashes.

The Moto Z4 is Motorola's entry-level handset of the next-generation Z series, with the company planning to release a Moto Z4 Force that features 8GB of RAM and a smaller 3,230mAh battery instead of the 3600mAh battery housed in the Moto Z4.

To see the first quick unboxing video of the new Motorola Moto Z4, check out JETFIRE007's YouTube video below.