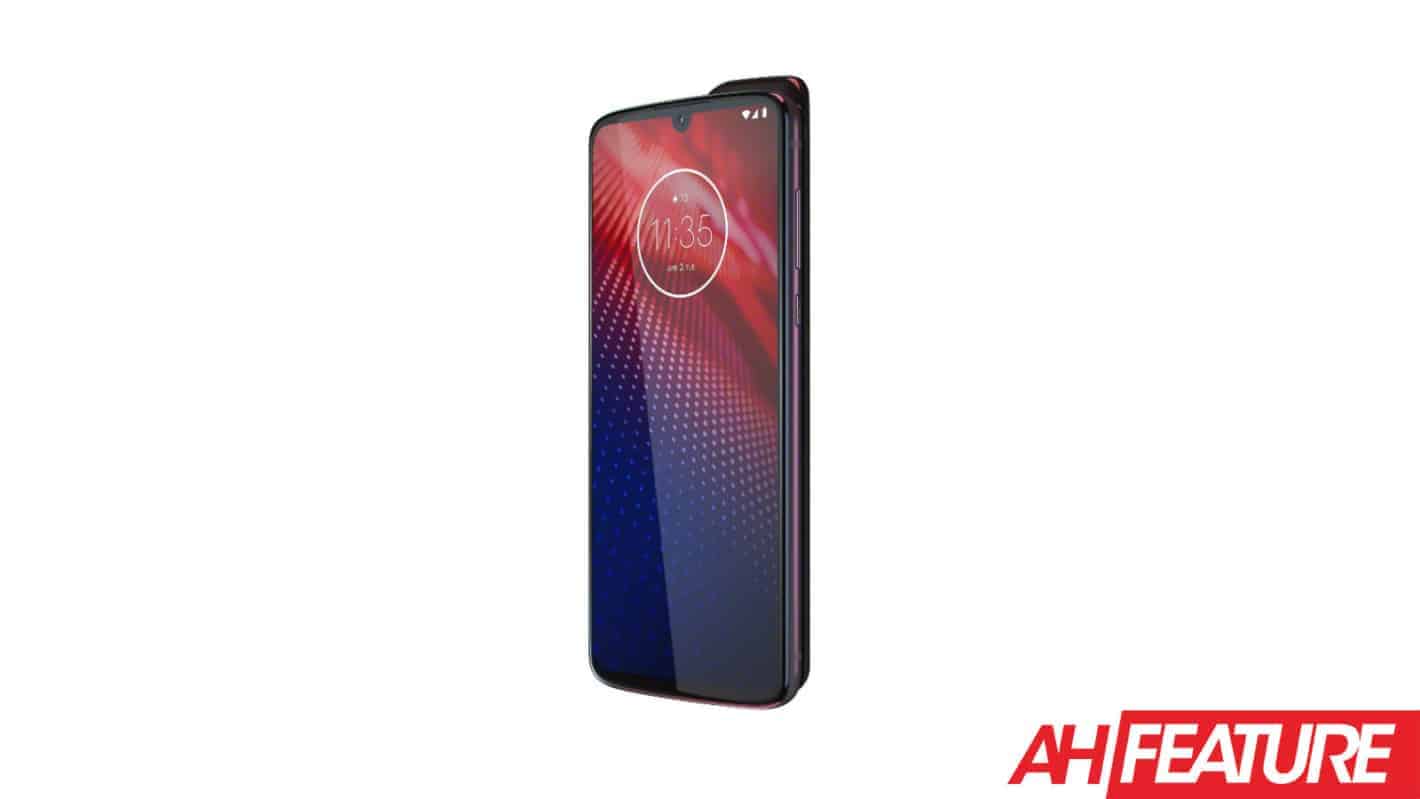 Motorola announced the Moto Z4 today, and its tagline is "uncompromised phone. unreal price" and we simply don't agree with the first part. The Moto Z4 is not an uncompromised phone. It does have a pretty decent price, but we wouldn't even go as far as to say that it's an "unreal" price, since it's $499 for effectively a Pixel 3a challenger.

First off is the camera. Motorola hasn't been known for its cameras in many years. The company usually talks up the camera – like all of its competitors – but once reviewers and buyers get the phone in hand, it's clear that the camera is just terrible. Motorola did up their camera game with the Moto Z4, jumping to a 48-megapixel Sony IMX586 sensor. But that doesn't mean much. It's a single-camera smartphone, and the post-processing software is a bigger deal than the actual hardware these days.

For an example of this, just look at the Pixel smartphones. Google keeps using the same lens, but thanks to its software, it's able to outperform basically all of the other cameras on the market right now. Needless to say, we don't have high hopes for Motorola's camera here.

Sticking with a single camera was likely to keep it at the $500 price point. Though we do see other smartphones at this price with multiple cameras, but those are what we call "loss-leaders". Where the phone is selling at cost. Motorola can't afford to do that, as it has struggled to even sell smartphones in the past few years.

Performance is going to suffer, in about 6 months

The Snapdragon 675 isn't a bad chipset, it's one of Qualcomm's newer chipsets and it is an octa-core processor clocked at 2GHz. So it's no slouch, and by running a bit slower than the Snapdragon 855, it's also going to be better on battery life. And who doesn't love better battery life? But give this phone six months. By November or even December, it's going to be dog slow. We've seen this with many other Snapdragon 600-series smartphones in the past.

Since Motorola does use a light version of Android, basically stock Android 9 Pie with a few additions, it shouldn't slow down as much as if it were a Samsung or LG smartphone. But it will slow down. And that's unfortunate.

In addition to it slowing down, it's also going to be pretty slow to get updates. This isn't entirely on Motorola though. When Google launches new versions of Android, Qualcomm (as well as MediaTek, Exynos and others) need to release binaries for their chipsets to manufacturers to work with the new version of Android. Qualcomm, as expected, does the Snapdragon 800-series first, then trickles down from there. So the Snapdragon 675 is going to be much further behind than something running the Snapdragon 855.

Then you add the fact that Motorola has been pretty slow with updates in general in the past couple of years, and you can kiss the thought of Android Q by the end of 2019, goodbye. Though, as we've seen, most consumers really don't care about getting Android updates. They just want their phone to run smoothly, until it's time to buy a new phone.

At $499, Motorola is facing some steep competition

Motorola once owned the sub-$500 market, with the Moto G and Moto E series. Those smartphones still do pretty well, but many other players have entered the market, including Google. The Pixel 3a and Pixel 3a XL were announced earlier this month at Google I/O with prices of $399 and $479 respectively. That makes them cheaper than the Moto Z4, and a better phone than the Moto Z4 – for most people.

The Moto Z4 does have a larger screen and larger battery pack, but when it comes to performance, it's going to be almost identical. The Pixel 3a does undoubtedly have a better camera than the Moto Z4, as well as getting updates almost instantly, after Google releases them. And of course, we can't leave out the fact that there's no notch or cutout on the Pixel 3a, when the Moto Z4 has the water-droplet notch.

Why would anyone even think about buying the Moto Z4, when the Pixel 3a exists, and even the Moto G7 – which is also arguably a better phone, for half the price.

The 5G marketing is just that, marketing

Just like last year with the Moto Z3, Motorola has made the Moto Z4 a "5G upgradable" smartphone. Meaning you can slap a 5G Moto Mod on the back of the phone and boom, you have 5G – that is if Verizon has 5G in your area. This Moto Mod was announced last year. Which means it has the older 5G modem, and processor, and that also means that it's going to have worse performance compared to newer hardware, that you'd find in the Galaxy S10 5G.

Basically, don't fall for the 5G marketing. If you are going to buy this phone, buy it for what it is, not because it can support 5G.

On the surface, the Moto Z4 isn't too bad of a phone. But to say it is an "uncompromised" phone is just not true. There are plenty of compromises here, and the biggest one is the price. If this phone were priced closer to around $300, it would be a no-brainer. Especially for the ability to upgrade to a 5G Moto Mod when 5G lands in your area. But at $499, it's hard to justify this one. Especially with this new camera, seeing as consumers are looking at the camera as the number one selling point of a phone these days.