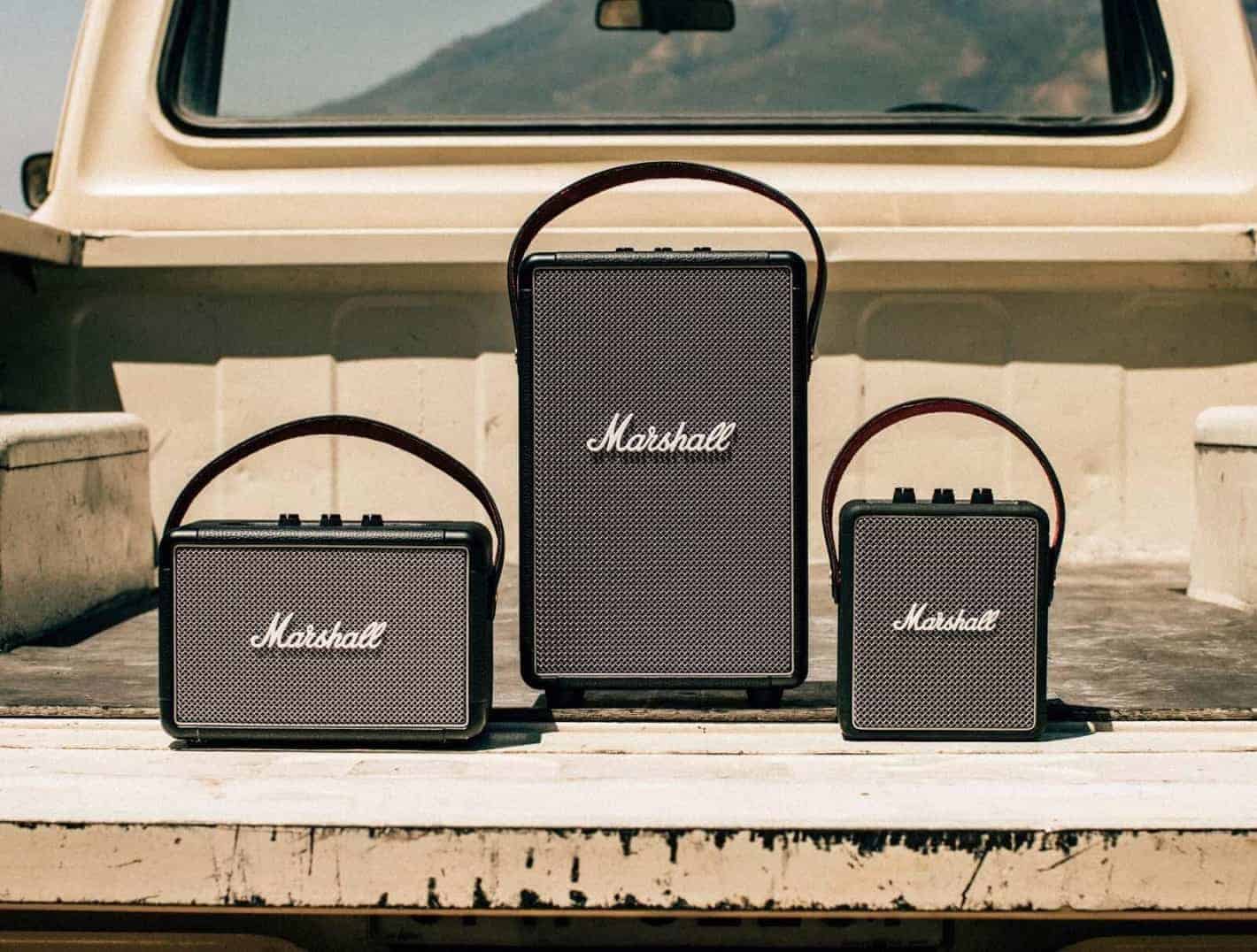 Generally speaking, the two speakers share a similar DNA with a number of their core specs and selling points identical. This includes the general design, as well as Bluetooth 5.0, and a battery that’s rated to offer up to 20 hours on a single charge.

The biggest difference between the two speakers is the size and the difference can be seen in the image above with the new speakers being the largest and smallest units on show. The third, middle speaker in the image is the Kilburn II. Although that's part of the same line, the Kilburn II previously launched during IFA 2018.

Along with today's announcements, Marshall confirmed the Kilburn II is now available to buy in a new grey colorway.

The Stockwell II is the smallest new addition and is a follow up speaker to the original model which launched back in 2015. Besides the addition of newer and more up to date features, the Stockwell II retains the same focus on size and portability.

That’s not to say there’s been no change in the design department though, as the new version has changed shape a little, reduced the use of gold with the control panel, and now falls far more in line with the other models, including the Tufton.

In spite of the size differences, Marshall has opted to offer the same battery usage with both capable of providing up to 20 hours on a full single charge. However, they do differ slightly when it comes to charging rates.

For example, the Stockwell II is listed to offer up to six hours of usage in return for a quick 20-minute charge. This compares to the four hours on offer with the Tufton following a similar 20-minute quick charge.

Beyond the batteries, both speakers look to utilize a multi-directional sound for a more immersive listening experience, coupled with a rugged build quality that's designed to withstand various terrains. This more rugged build also includes a degree of waterproofing: the Stockwell II is IPX4 certified, while the Tufton is certified to an IPX2 level.

Both speakers also support multi-host so more than one Bluetooth-enabled device can be connected to either of the new speakers at the same time.

Marshall has only been in the wireless speaker game for a short period of time compared to others, but it has already started to carve out its own slice of the market.

This is the result of the company sticking with its traditional iconic and highly-identifiable style, paired with an emphasis on sound quality and performance. Both the Stockwell II and the Tufton appear to follow that trend to the letter.

While the Tufton, can also be used as a traditionally indoors speaker, both of these new models are primarily aimed at on-the-road users. Those looking for an indoor solution from the company may want to consider one of the other recent Marshall speakers, such as the Acton II or the Stanmore II.