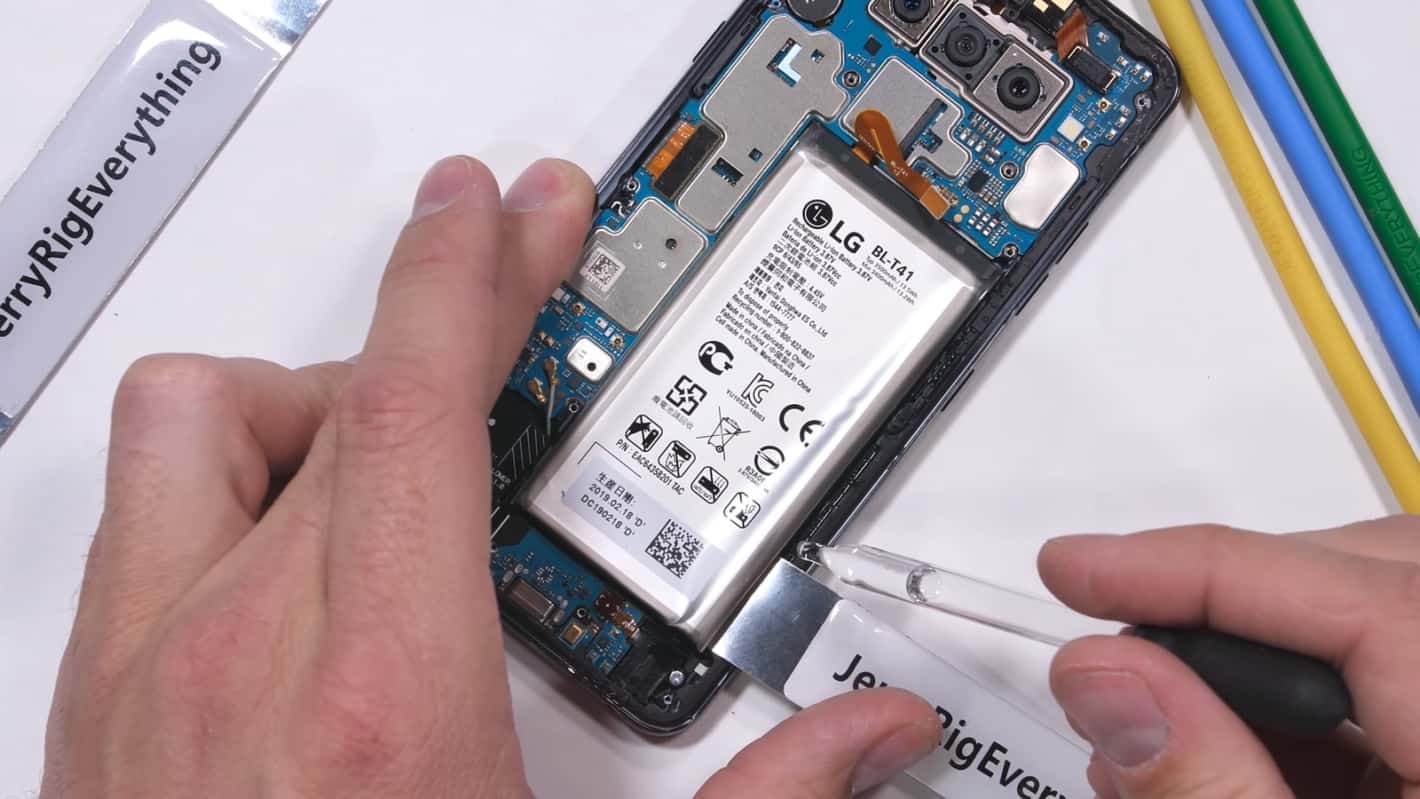 The LG G8 ThinQ teardown popped up over at JerryRigEverything YouTube channel, and that procedure actually reveals something rather interesting, something you should definitely be aware of if you’re planning to purchase this device.

Most smartphones today come with non-removable batteries, but in the vast majority of cases (almost all), that means that the phone’s battery cannot be easily removed, but it’s possible to replace it, presuming you know what you’re doing. Well, in the LG G8 ThinQ’s case, that’s not really true.

Truth be said, the phone itself does warn you not to remove the battery, which is not exactly new for LG’s phones, or phones in general, but this warning you should definitely pay attention to. The phone warns you not to remove the battery as it is a safety hazard, and it even warns you that you will end up with an unresponsive phone. The LG G8 ThinQ’s battery is sealed in place with a permanent adhesive, there are no pull tabs, or a removable adhesive here.

If you try to remove this battery, you may end up bending it. If you do that, you may end up with a crushed anode and cathode layers together, and that can cause sparks, even explosions. So, the bottom line is, if you do purchase the LG G8 ThinQ, do not try to replace its battery, in fact, it’s best not to take it to a repair shop either.

JerryRigEverything did disassemble the phone to show everyone what they’re dealing with here. The first step is to heat up the phone’s back side, just to loosen up the adhesive. A heat gun is really useful in this instance, and you will also need some suctions cups, and a tool to separate the phone’s back from the frame.

Once you do that, there are 14 screws that need to be removed, and you will immediately notice that a wireless charging pad is placed on the back of the phone. Once you remove that wireless charging pad, and the loudspeaker on the bottom, you will see the battery, but once again, do not try to remove it.

JerryRigEverything actually referred to this permanent adhesive as both “dangerous” and “stupid”. After quite a bit of struggle, the source managed to remove the battery, just to make a point. He knows exactly what he’s doing, though, so do not try it at home.

Truth be said, LG does warn users not to remove this battery, though we’ve seen similar warnings in the past, and many people will disregard it, or take a phone to a repair center that is not really aware what it is doing.

Other than the issue with the phone’s battery, the phone’s build is quite standard. Disassembling it is not a problem, presuming you know what you’re doing. If you’d like to check out the full teardown procedure, you can do that via the video down below. That video has a duration of over 7 minutes, so you will be able to see every single step, along with the source’s audio instructions.