Skip to content
Advertisement
Trusted By Millions
Independent, Expert Android News You Can Trust, Since 2010
Publishing More Android Than Anyone Else
8
Today
59
This Week
887
This Month
887
This Year
127005
All Time
Advertisement 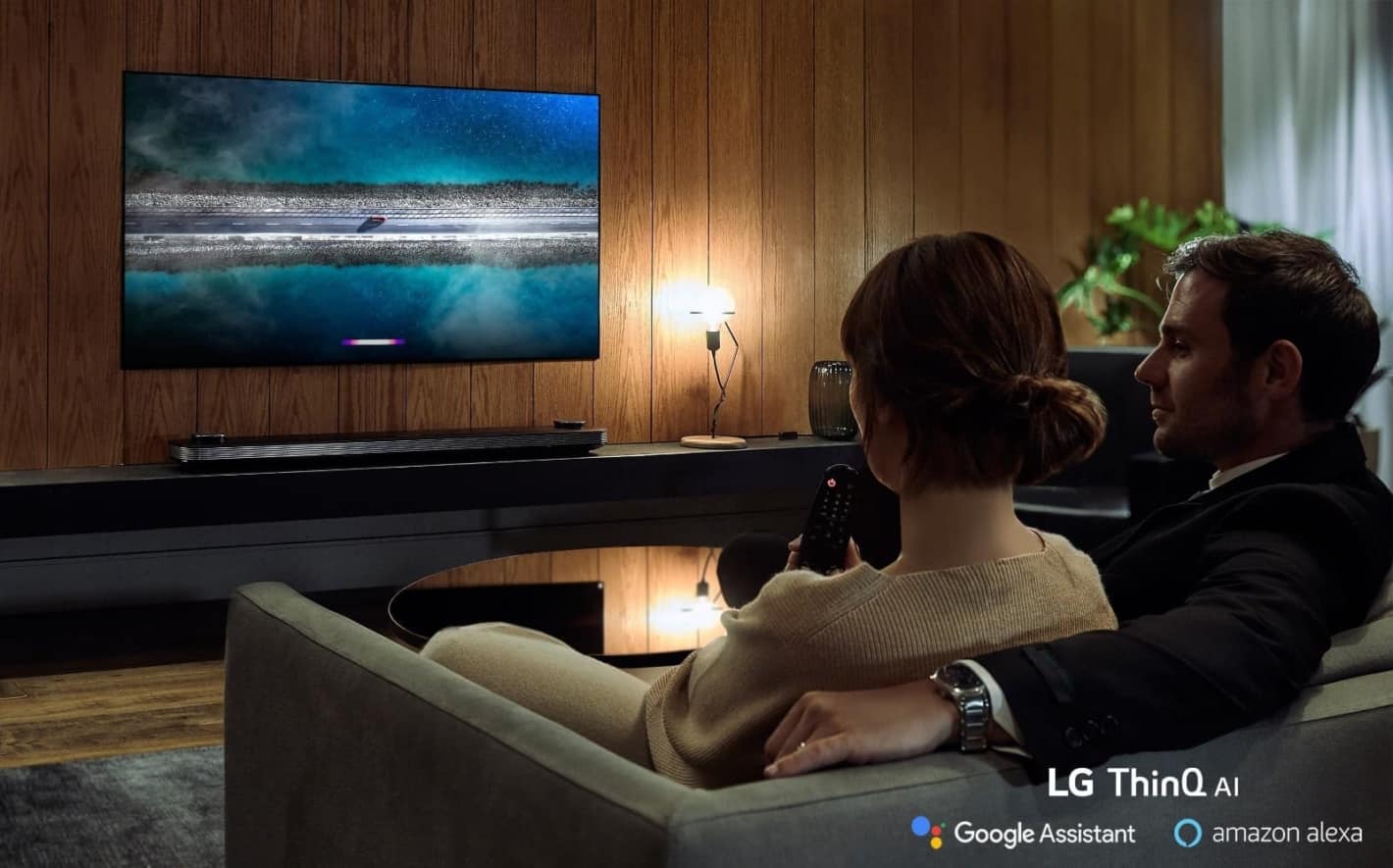 LG’s lineup of AI-enhanced ThinQ televisions will now be receiving an update that brings support for Amazon’s Alexa-branded AI helper to the devices. Announced today by the company, that means users will have another option to interact with the TVs aside from Google Assistant or the built-in AI.

In addition to more choices for AI assistance and voice controls, also means users will have access to Alexa’s full suite of over 90,000 ‘skills’ via the Alexa app. That includes access to Alexa routines and each of the AI’s media playback options as well as smart home integrations.

The company didn’t provide specifics with regard to exact models but the change will apply to all ThinQ-enabled LG UHD TVs, NanoCell TVs, and OLED TVs. Customers in North America should see the update rolling out this month and the same will apply to customers in Europe and Asia over the coming weeks.

The update isn’t entirely unexpected since the South Korean tech giant actually followed a similar pattern last year too — releasing an Alexa-enabling update to its 2018 line-up in May of that year. There are, however, plenty of additional improvements that will be arriving with the update for select sets in the lineup this year.

Those changes haven’t been detailed in terms of specific models either but summarily will bring some of Apple’s IoT integration features along for the ride.

After the update, 2019 OLED panels and a select number of models in the NanoCell lineup will receive support for both AirPlay 2 and HomeKit. That means that via the Apple TV app and a few other apps specific to the platform, users will have access to yet another way to control their media playback once they’ve connected an Apple device.

Better still, for fans of Apple, that means the added ability to control their LG television with Siri or the Home application.

Getting better all the time

Each of the changes should widen the already rich set of voice features available on LG’s AI TVs. That’s going to be the case whether accessed via an application, smart home control hub, or the voice interaction-enabling remote control provided with the sets — ensuring the panels are even more well-integrated into nearly any IoT environment.

LG is looking well beyond those types of features and enhancing its current TV lineups in its bid to maintain and improve its position near the top of the TV tech pile. The company also hopes to improve future generations of the technology as well as democratizing AI and IoT to provide more access to a wider audience.

Among the most recent steps taken by LG in that arena was its acquisition of over than 540 patented assets from Delaware-headquartered DuPont. The overwhelming majority of those assets apply directly OLED technology and specifically to inkjet technology used in the fabrication of OLED panels.

The assets, valued at the time at around $175.9 million according to some industry insiders, are expected to be incorporated into LG’s production lineup. That would significantly reduce the costs associated with the process, most likely reducing the overhead that ends up — at least in part — falling on consumers.