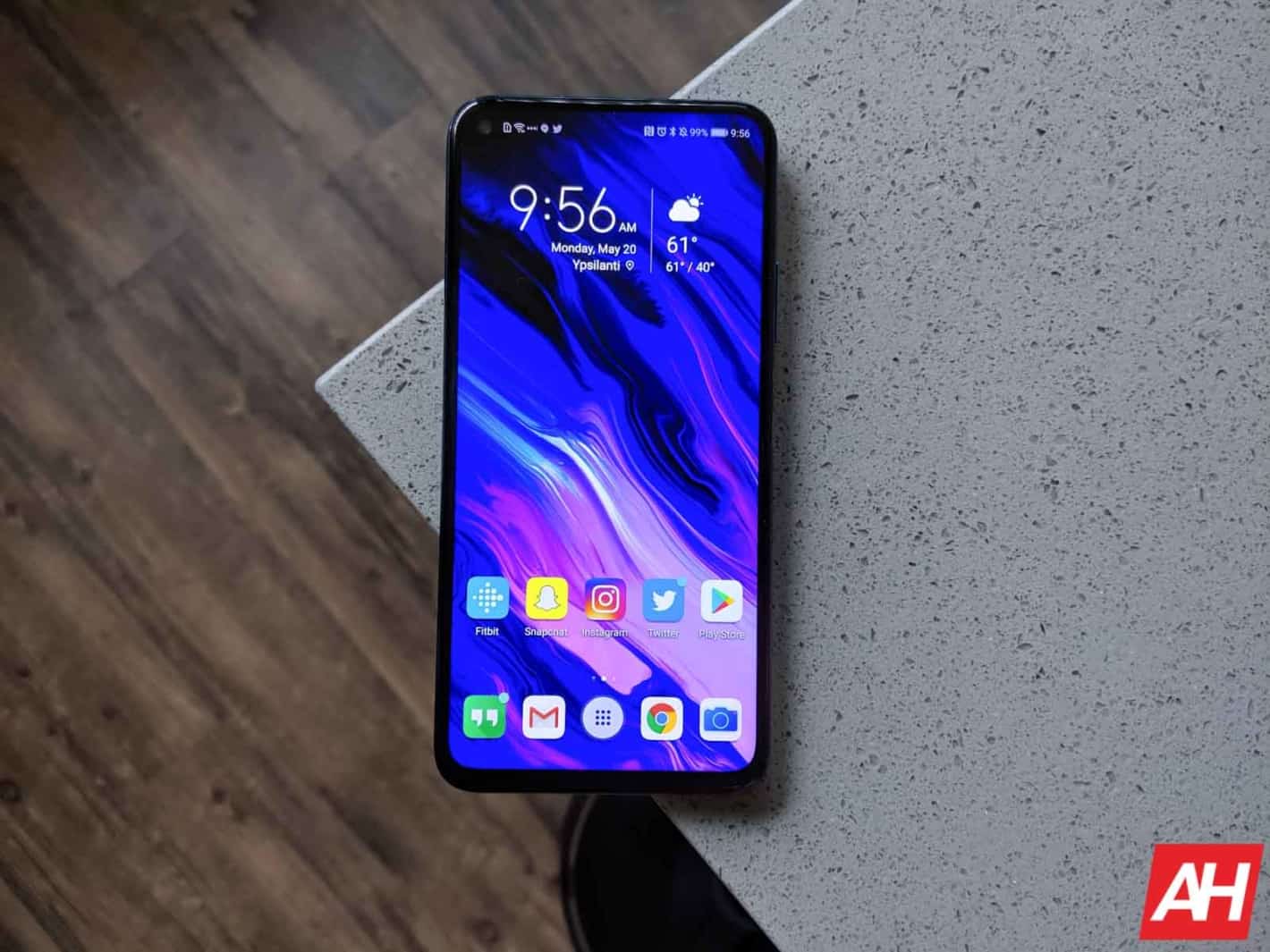 After plenty of teases, HONOR has announced the HONOR 20 Series of smartphones today at an event in London. This consists of the HONOR 20 and HONOR 20 Pro (the HONOR 20 Lite was actually announced a few weeks ago, and has been on sale since last month).

The HONOR 20 and HONOR 20 Pro are very similar, when it comes to their specs. The only real differences are in the camera modules and the battery capacity. The HONOR 20 has a quad-camera setup with a 48-megapixel main sensor (the Sony IMX586 sensor, with a f/1.8 aperture), with a 16-megapixel ultra wide-angle sensor, a 2-megapixel Assist Camera and then a 2-megapixel Macro camera. This is powered by a 3750mAh capacity battery.

The HONOR 20 Pro however, features the same 48-megapixel main sensor, but with a larger f/1.4 aperture. It also swaps out that Depth Assist sensor for a 8-megapixel Telephoto lens. And this is powered by a 4000mAh capacity battery.

HONOR has managed to make the size of the front-facing camera even smaller, so now it fits in the status bar on the device. That's because it is another hole-punch display. While it does still get in the way, it is still better than having a pop up camera like the OnePlus 7 Pro, as moving parts are more likely to break.

With HONOR making this a hole-punch display, it has managed to hit 91.7-percent screen-to-body ratio on the HONOR 20 and HONOR 20 Pro. With very minimal bezels all around the phone. Including a pretty small chin.

HONOR typically brings in all of the latest trends with its smartphones – the hole-punch display is a prime example of that. But that's not the case when it comes to the fingerprint sensor. HONOR decided to embed it into the power button, like the Samsung Galaxy S10e. The power button is further down on the right-side of the phone, and it is also concave, making it easier to find and use. Using this instead of an in-display fingerprint sensor is definitely a better idea, as those in-display sensors are not quite there yet.

The design of the HONOR 20 series is definitely pretty interesting. It is using a new design, which it is calling Dynamic Holographic Design. Which consists of about seven layers of glass on the phone. This is building on its previous designs it has used for its smartphones. By doing this, it gives the HONOR 20 series a really cool look, and the color will change based on how the light is hitting the device. For example, on the Phantom Black color, it looks black until the light hits it in the right spot, then it looks purple.

Four cameras are better than three

HONOR has a quad-camera setup on the two smartphones announced today. And instead of going the same route as the Huawei P30 Pro, HONOR has decided to include a Macro lens (over a Time of Flight sensor). With the Macro lens, you are able to get very close to the subject and really get some great macro pictures. HONOR says that you can get as close as four centimeters.

The HONOR 20 does have that "Depth Assist Camera" which typically, doesn't really do much. Most people would look at this as just a wasted camera and a way for HONOR to get to the "quad-camera setup". But it actually works on the HONOR 20. It provides more depth information when the phone is taking a photo. So that it is able to provide an even better Bokeh effect than other cameras.

The camera game on the HONOR 20 Series is pretty impressive. It might be the phone to get for those that are really into photography and don't want to carry around a DSLR with them all the time.

The Kirin 980 is not a new chipset. We've already seen it in a number of smartphones including the HONOR Magic 2, Huawei Mate 20, Mate 20 Pro, P30 and P30 Pro. Now it's here in the HONOR 20 Series, and we know what to expect from it. And that is some pretty impressive performance. It's built on a 7nm process, making it a smaller chipset, that will also be more battery efficient.

Paired with either 6GB or 8GB of RAM, you shouldn't have any issues when it comes to performance. Especially since this is a Huawei built chipset, meaning that it has also optimized the software to work well on this chipset. Making for a very smooth experience.

GPU Turbo 3.0 is available on the HONOR 20 Series, which HONOR says will offer even better gaming experiences on these new smartphones. You'll get nearly full frame experiences on most popular games. This includes Fortnite, PUBG Mobile, Vainglory, Arena of Valor and NBA 2K18 to name a few. HONOR is also working with more game developers to get their games on-board with GPU Turbo 3.0.

Obviously, GPU Turbo 3.0 is going to speed up the GPU on your HONOR 20 smartphone. And that's where the Graphene Cooling Sheet comes in. This is a new thermal solution that can get rid of the heat inside the HONOR 20 smartphones, to reduce the temperature and keep the phone from overheating. Graphene possesses much higher heat conductivity than other materials. Other smartphones use copper for their cooling system, and Graphene is about 1.5x better than copper. The endgame here is that you're going to be able to play graphic intense games for hours, without worrying about the phone overheating, or getting too hot to use.

The Graphene Cooling Sheet is only available on the HONOR 20 Pro.

This is a brand new system that has been designed to offer an immersive earphone experience. HONOR has been able to build on the general principles of sound travel and eardrum vibration to offer rich and enveloping sound that is going to come at you from all directions. This is going to provide customers with a breathtaking experience on the go. Now since the HONOR 20 Series do not have headphone jacks, it means you need to use the USB-C dongle to take advantage of this.

HONOR says that the Virtual 9.1 Surround Sound system will work on any pair of earphones, even a cheap pair that cost you about $5. As all the work is being done inside the HONOR 20 and not through the headphones themselves.

A Word About Huawei's recent troubles with Google

Over the weekend, before the HONOR 20 was announced, a report came out that Google had revoked Huawei's Android license. This is a pretty big deal, since Huawei won't be able to include Google apps on future phones, and will only have access to the public open source version of Android.

This is important because HONOR is owned by Huawei (even though it acts as a separate company). But HONOR has told us that the HONOR 20 Series will get support and updates. So those looking to get the HONOR 20 shouldn't worry about buying the phone and then being stuck without getting any OS upgrades and/or security updates.

The HONOR 20 and HONOR 20 Pro will be available later this month across select countries in Asia and Europe. It will likely be available for purchase in China first, as it usually the case when it comes to HONOR and Huawei smartphones. HONOR has not explicitly said that it is not coming to the US, but it would be pretty surprising to see it coming to the US, after recent events.