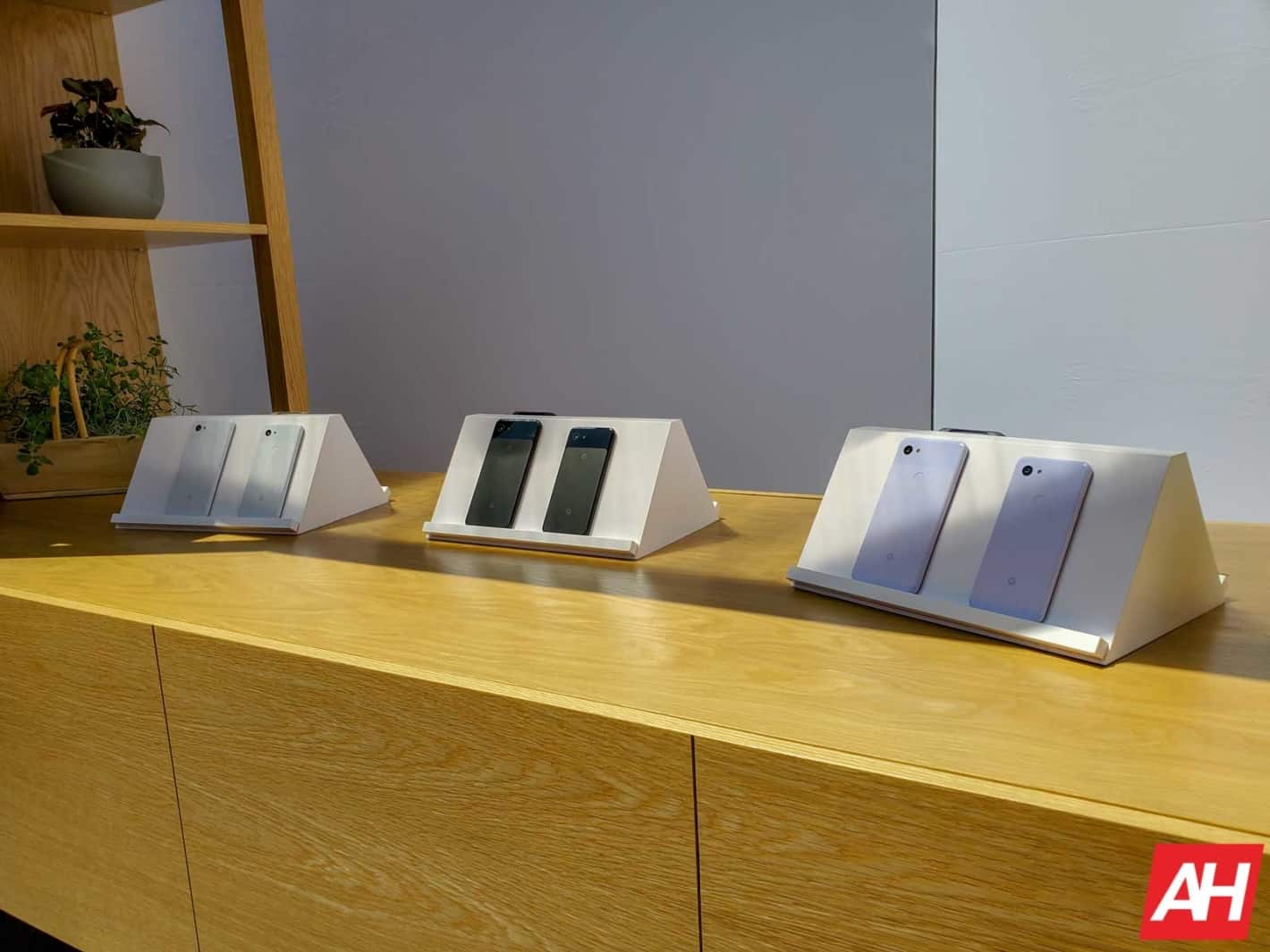 After many, many rumors and leaks, Google finally made the Pixel 3a and Pixel 3a XL official at Google I/O today.

The Pixel 3a line are a bit of an interesting set of smartphones. They slot between the Pixel 3 and Pixel 3 XL smartphones, in screen size, but a few other specs are definitely mid-range. Like the Full HD+ displays, and the Snapdragon 670 chipsets that are inside. But still offer all of the "high-end" features that you'd find on the Pixel 3 and Pixel 3 XL that start twice the price.

Hardware-wise, these two smartphones look very familiar although the rear of the Pixel 3a is made out of plastic, unlike the Pixel 3 that was announced last fall. It still has the etched glass on the bottom portion of the backside of the device, which gives it a really nice look. But it also keeps with Google's design language that it established over the past couple of years with Pixel.

The biggest difference you'll notice between the Pixel 3a XL and Pixel 3 XL is the lack of a notch. And for many – if not everyone – that is a sigh of relief.

Pixel 3a comes in two colors that we are already familiar with: Just Black and Clearly White. The special color this time around is "Purple-Ish". It's a very slight purple hue, and if you don't hold it next to the Clearly White model, you won't even notice that it is actually purple. However, if you look at the power button, you can tell which is which. Google has given the Purple-Ish Pixel 3a the highlighter-yellow power button. To go with the bright orange power button found on the Clearly White color option.

The bezels on Pixel 3a are not super small, and that's not a bad thing. As that makes it easier to hold onto the phones, and use them for gaming and such. That of course, is super important. With many smartphones killing the bezels and looking to go all-screen, it's good to see Google not jumping on that trend. And instead keeping its smartphones usable.

Google's big selling point with its $799 Pixel 3 and Pixel 3 XL smartphones are the cameras. Somehow, Google managed to bring the exact same camera hardware and software down to a much lower price point – Pixel 3a starts at $399 – and provide the same experience as the more expensive smartphone.

This includes bringing some of the more popular camera features that debuted on Pixel 3 last October. Like Night Sight. In the hands on area here at Google I/O, one of Google's employees made the joke that there is an LED flash on the back, but you'll never need it. And they were not wrong. Night Sight on the Pixel 3 was pretty impressive. Some might call it "black magic". And that is now available on the Pixel 3a. Since we are in California and it's the afternoon, we didn't really get a chance to test out Night Sight yet, but we'll take their word for it.

Google Pixel 3a and Pixel 3a XL are available now from the Google Store, for $399 and $479 respectively. With 64GB of storage, three years of software and security updates, not to mention unlimited storage on Google Photos, this is the phone worth buying if you want the best camera available.