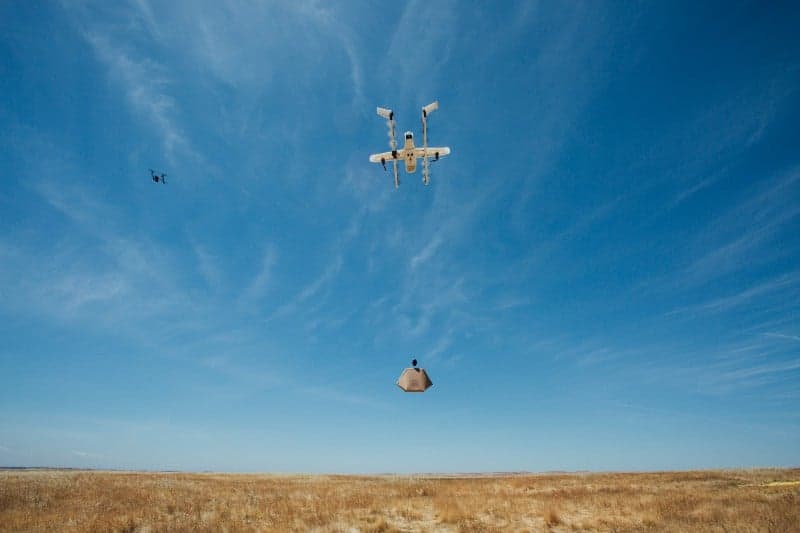 Wing, one of the oldest active projects coming from formerly Google’s (now Alphabet’s) moonshot factory X, announced it will launch an early access program for its drone-based air delivery service next month.

The consumer-grade solution will be made available Vuossari, the most populous district of the Finnish capital Helsinki. Wing decided to launch its service there due to the area’s high population density caused by the presence of multi-family housing communities in the city. Aside from residential areas, the Voussari district also houses a sizeable international cargo port and forested regions, and is surrounded by water from three sides, thus being a location that could massively benefit from a reliable drone delivery platform.

The launch of the air delivery service complements Helsinki’s vision to improve the livability of its city by reducing the reliance of customers on car-based delivery. However, before launching its service, Wing conducted numerous tests to ensure the ability of its drones to operate under harsh winter conditions. It also organized community events where residents can ask questions about Wing’s delivery service.

At launch, customers may use Wing’s air delivery service to get their goods from two local establishments, namely the gourmet supermarket Herkku Food Market and the Café Monami, although there could be plans to increase the number of business supported by the service. Once users order items from supported businesses, Wing’s aircraft will deliver the goods like pastries and meals within minutes.

Wing was initially a part of the moonshot factory X before Alphabet spun off the business in July 2018. When it became independent, the focus of the company shifted into commercializing its technology, and the introduction of an air delivery service signals an essential step in making the business sustainable.

Aside from providing a more efficient and faster delivery service, a drone delivery system also reduces the environmental impact of transporting items due to its considerably lower carbon dioxide emissions compared to car-based deliveries.

Aside from Finland, Wing also tested its aircraft in other countries, including Australia, and it also collaborated with government agencies in the United States like NASA. The collaboration allowed the company to test commercial drones within the United States without approval from the FAA, despite several states banning the use of drones.

Moving forward, if the early access program for the drone delivery service becomes successful, Wing may extend to coverage of its service to other locations within Finland and other countries as well.

Aside from Wing, other moonshot projects from X that were later spun off as independent businesses include Loon, Waymo, Chronicle, and Verily. These companies offer a wide variety of services, including providing internet connectivity in areas that lack infrastructure, autonomous driving, and development of medical technologies.