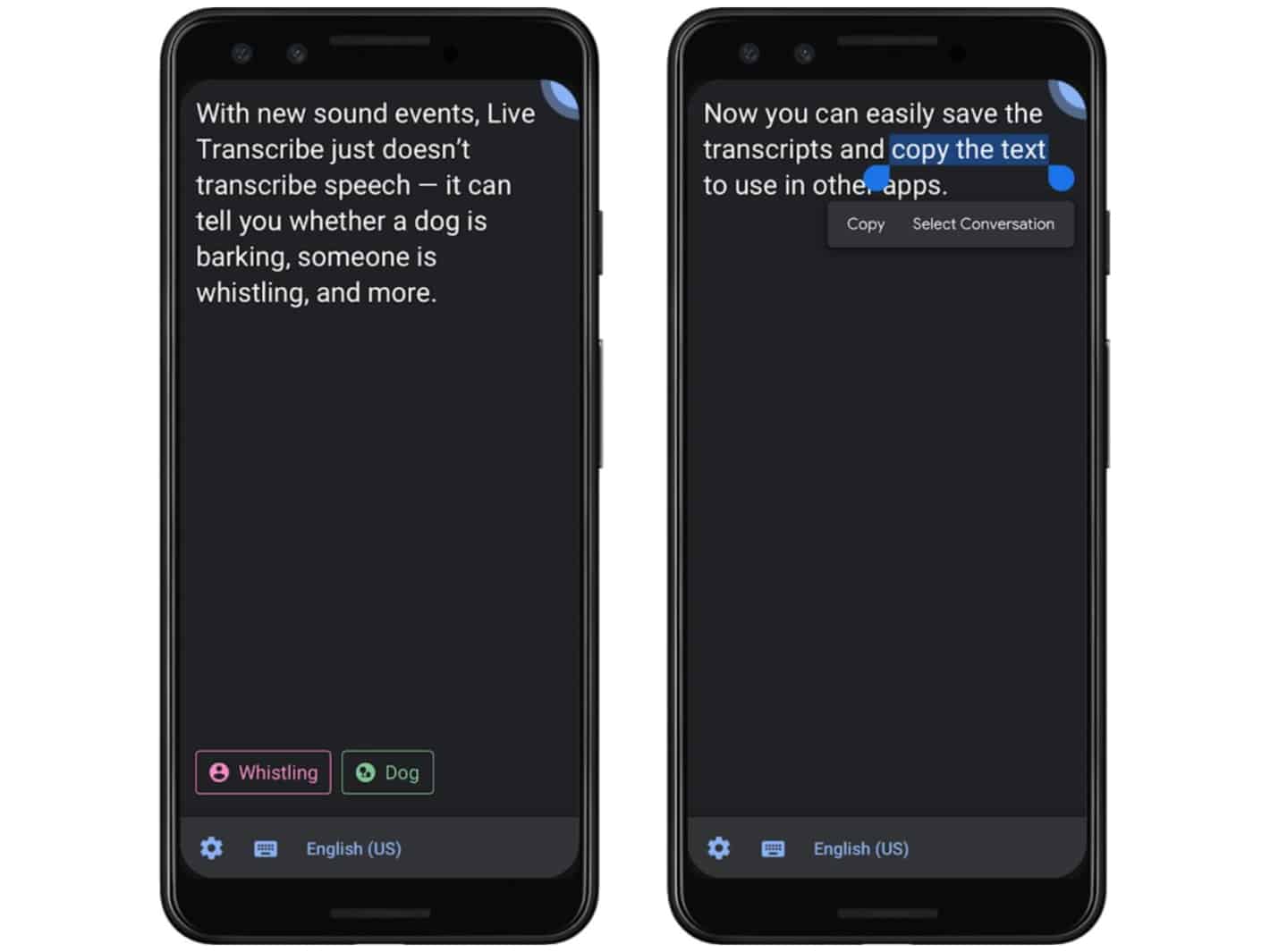 Google has some new updates in the works for Live Transcribe, just in time for Global Accessibility Awareness Day, that should make the accessibility tool useful well the capabilities of the current iteration. Announced by the search giant this week and set to begin rolling out next month, that’s because it will transcribe more than just day to day speech.

On top of that, Google is also working to ensure that the tool can help users remember what's been recorded in transcriptions easier.

What will this update do?

The incoming changes can be split into two separate functions, with the first centered around the AI behind Live Transcribe and the other bringing existing Android usability features to bear.

Live Transcribe was only recently launched in a beta form back in February and does precisely what its title implies. It translates speech caught by the user's smartphone microphone into text for users who are hard of hearing or with related disabilities. It works in over 70 languages too and functions almost like a standard Android app so it can be brought out or closed down as needed.

The larger of the two changes will expand beyond speech to begin including other sounds in the user's immediate vicinity. Google explicitly provides the example of a barking dog in its promotional images for the feature. It also notes that, initially, that's going to include sounds such as clapping, laughter, music, applause, the sound of a speeding vehicle passing, or a knock at the door.

Each of those sounds will be shown and integrated distinctly and cleanly into the ongoing transcriptions being drawn out by artificial intelligence in the app.

Conversely, Google is also incorporating the ability to copy and paste text directly from the Live Transcribe app. That takes Live Transcribe slightly further than its original intended purpose but should be helpful for users who need to take notes on a conversation or speech for whatever reason.

Here's why this matters

The first of the two features is undoubtedly going to be more impactful for the users that Live Transcribe is intended to serve first. Copying content means that the tool will be able to function as a kind of speech to text automated recording mechanism for any number of professions or in scenarios where remembering exact phrasing or wording is important.

The ability to hear other noises will arguably be a beneficial feature in terms of safety because it will serve to enhance situational awareness. For instance, a user may not actually hear an approaching dog, car, or other potentially dangerous object or animal while engaging in a conversation. With Live Transcribe providing those cues directly on the same screen users are already looking at, that is no longer such a big issue.

In more benign circumstances, the tool will now also help provide the user to hear that knock at the door or the sound of a doorbell they may have otherwise missed — instead of missing something or someone important. Better still, more sounds will most likely be added to the AI over time, making Live Transcribe even more useful than before.