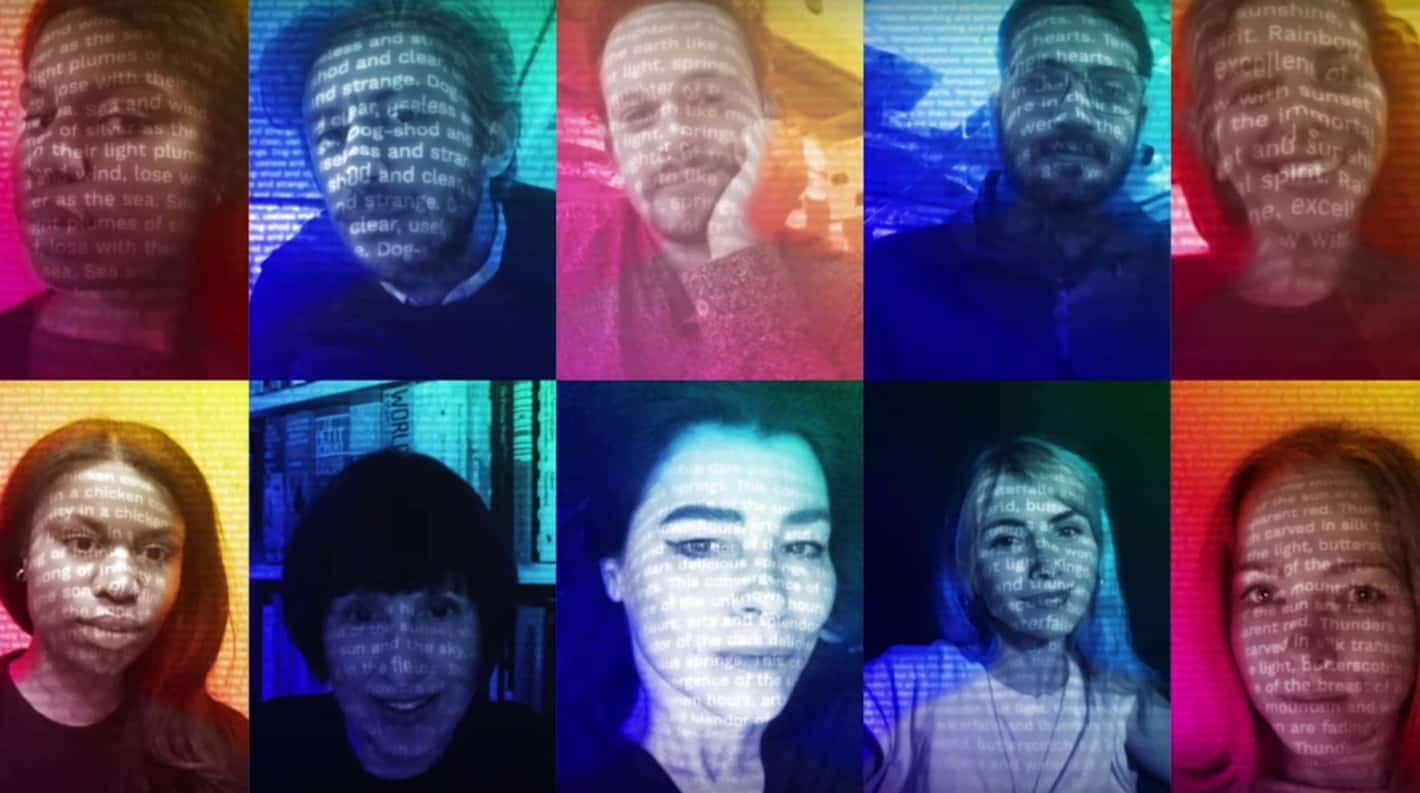 With the launch of the online experience, that extends to the creation of a longer, collective poem comprised of pieces that are derived from the input of anyone who wants to take part. Each of those is based on the use of language that was common in the 19th century, with the AI being trained on over 20 million examples from the period.

If you want to take part

Getting involved in the collective project is easy but does take some time. After navigating to the appropriate POEMPORTRAITS website, participants are greeted by a brief description of the project and a button to get started. Clicking that pulls up a scrolling array of poetry that seems to have been generated by the AI. That’s not shown in real-time since it repeats and the lines are the same every time the page is visited.

Some examples of the ‘poetry’ include lines such as “Media, and the trumpets of the earth, Fake or an orb of lightning” or “Society departs, and doth not sing in the world, Humanity hath surely drowned the midnight.”

Visitors to the page are prompted to enter in a single word and a press of the “Donate” button will contribute that word to the algorithmically created lines of poetry. Two lines will be generated from each word. After a subsequent page explaining exactly how the AI was trained, participants are prompted to either grant or deny permission for the site to access their camera.

Granting permission isn’t required but those who allow it will then see their lines of poetry repeated in a blue or red-hued glow over top of their own face. In either case, the site returns two lines of poetry created from that single word alongside buttons to save the portrait, review the collective poem in its current state, or start over to enter a new word.

While the experiment is summarily described by Google Arts & Culture as an “interactive artwork combining poetry, design and artificial intelligence,” it may be quite a bit deeper than that.

By using the latest in AI algorithms and allowing users to input whatever word happens to be on their mind, POEMPORTRAITS might actually be creating a snapshot of cultural trends today. Users are essentially inputting whatever words currently hold meaning for themselves and the AI itself is undoubtedly infused with both the biases and perspectives of modern times despite the touted training materials.

For example, entering “technology” for example, brought forward the lines “Your technology with the sound of the stream, Your frenzy raised to the bright sky.” That could just as easily be a random jumble of words that have no real meaning whatsoever. It may also be that the AI in POEMPORTRAITS says more about society and culture than an initial glance might suggest.

Without reading too deeply into it, there are plenty of ways those lines could be viewed that would make a lot of sense in the context of social media. Regardless, not every line that’s been generated really seems to make much sense at all. So, despite the progress that’s been made with AI on the storytelling and writing fronts, the technology isn’t likely to replace human writers anytime soon.