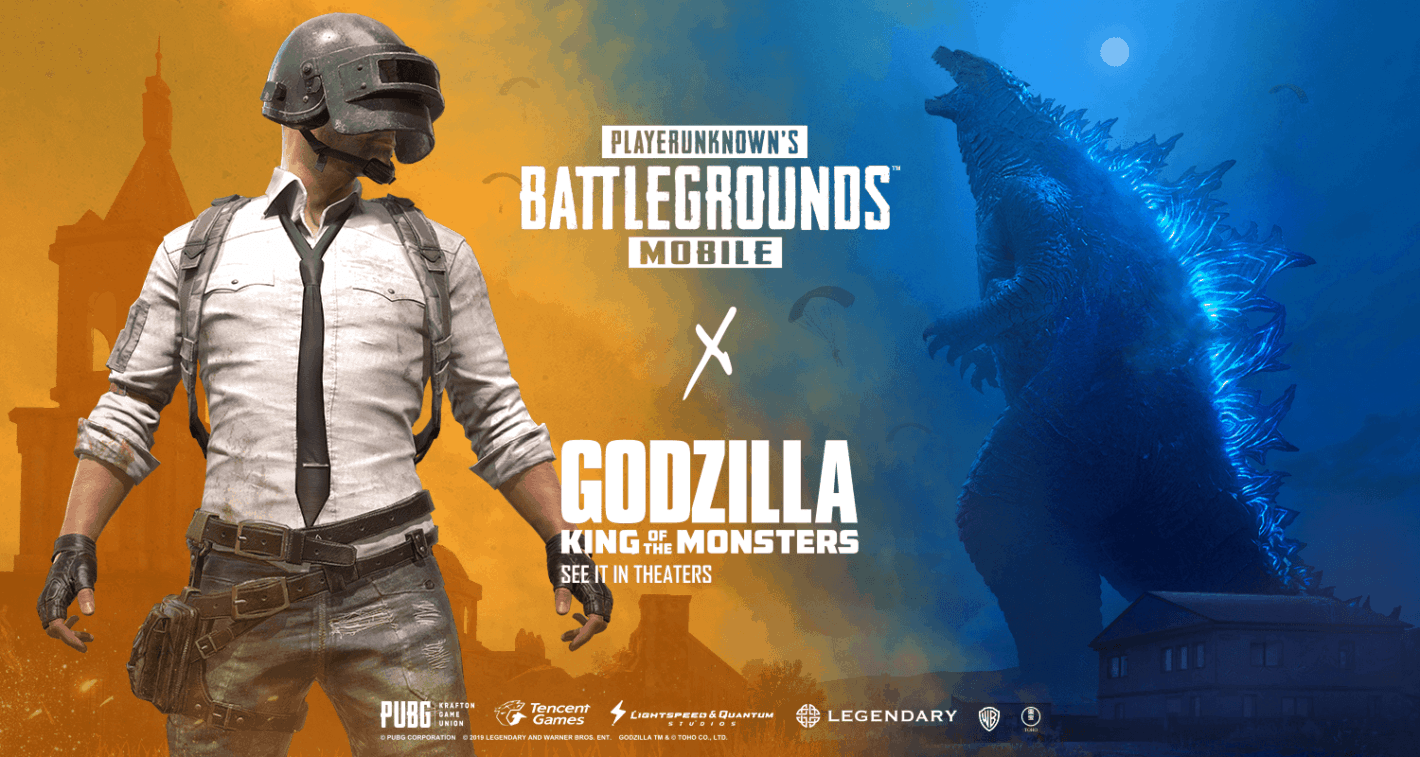 There are a multitude of ways to keep things fresh and exciting like consistent content updates that bring in new gameplay and features, but themed content can be an effective method for getting more attention from the intended player base and allow for fun new experiences. Tencent Games is doing just that with PUBG Mobile thanks to the new crossover event.

For the moment the details on what this event will actually include are pretty light other than the fact that the content will be themed around the new Godzilla film due to hit theaters on May 31 titled Godzilla: King of the Monsters.

Whatever the content includes, it'll probably be a welcomed change of pace from the everyday matches that players are used to participating in. It's also likely that however the crossover content is being implemented, it will almost surely include the ability for players to interact with the monsters from the film in some way or another.

It also included various other themed elements like wearable costumes belonging to some of the RE2 characters, RE2 theme music on the menu and a handful of other features that were accessible for the duration of the event.

That said it's possible and quite likely that the Godzilla crossover will feature similar content for players to acquire, meaning there should be new costumes associated with the movie characters or theme, and themed music could be included as well.

Crossover events are a popular way for game developers and publishers to enhance the experience of the gameplay on their titles, so it shouldn't be surprising to see PUBG Mobile using the same tactics especially considering it's already done one.

This could also mean that players will have other crossover events to look forward to beyond the one with Godzilla: King of the Monsters, and like all of these crossovers the content will be playable and accessible for free as part of an update to the game, so players need not worry about having to spend any real-world money to partake in the event's festivities.

Right now there is no mention of a release date for this event but since it includes new playable content the game update that will come along with the event going live will probably be a bit bigger than normal, so it shouldn't be hard to spot if you're pretty consistently active within the game.

There's no telling how big the content patch will be or how quickly players will be able to get through all of it, but at the very least it will give players something to do that isn't more of the same, plus if costumes are included, you'll have some snazzy new outfits to use for future matches.